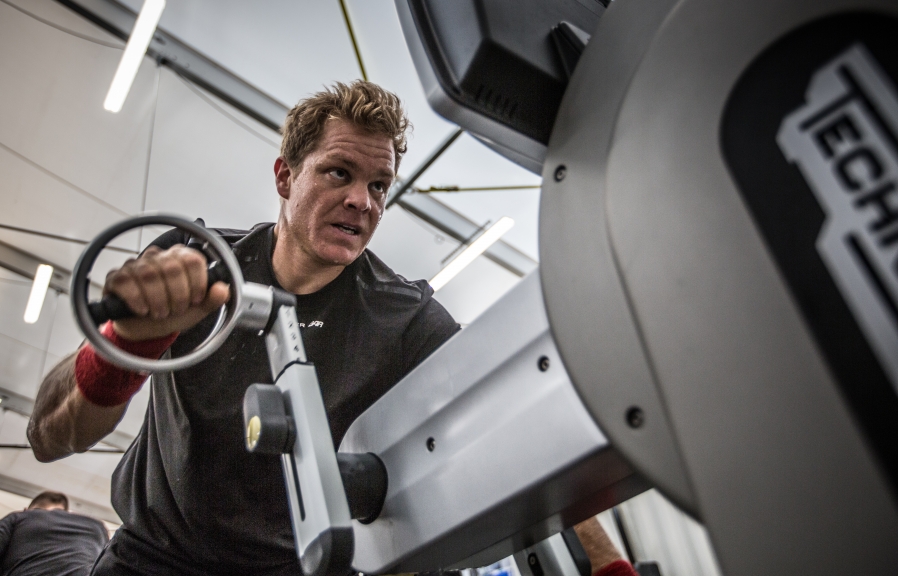 While the boats that are raced in the America’s Cup have evolved throughout its 166 year history, in particular with the transformation that has seen the introduction of ‘foiling’ technology, so too have the sailors themselves with the 2017 class of competitor leaner, stronger and fitter than ever before.

The 2017-spec America’s Cup sailor is a highly trained, supremely fit athlete, comparable to the highest levels of professional sportspeople in terms of fitness levels, strength, endurance and mental abilities.

Their diets are strictly controlled and they are expected to be supremely intelligent, multi-skilled athletes who can perform physical and mental tasks in tough conditions under the spotlight of the world’s media.

Their 1851 counterparts were amateur sailors, crew who earned their living working on board commercial and leisure yachts. There were no weight or fitness requirements for them to compete, other than those dictated by their normal working environment, and they earned their keep as pay for sailing, not competing as athletes.

As fit and healthy as they may well have been, they did not benefit from the input of dedicated fitness coaches, strength and conditioning experts, nutritionists, sports psychologists, media relations experts and engineering and tactical teams, all of whom play a part in the daily lives of an America’s Cup sailor in 2017.

“When I first started I looked at previous America’s Cups to understand what grinding is, the mechanisms of performance and how you create an American’s Cup athlete.

“However, now it is an entirely different sport.”

Strength is a core asset for the 2017 America’s Cup sailor, but the rules now dictate that the six man crew competing in the 35th America’s Cup weigh no more than 525kgs collectively, so they are lean, mean racing machines.

They can dead-lift 400 pounds, vertical-jump 85 centimetres, have a VO2 max of 70 ml/ kg/min., and have just 8% body fat. They have the aerobic fitness of Tour de France winner Chris Froome and the anaerobic fitness of Usain Bolt. In short, they are beasts.

“We are a weight restricted sport,” added Williams. “You have to harness a lot of power from somebody who is not particularly heavy.

“There are not many sports that require sustainable power for a long period of time with intermittent burst of power. However, on top of that they have other jobs on board the boats so there is a technical element to it, as well as a physical.”

Physically stronger than ever before, mentally tougher too, and ready to perform multiple tasks on board their race boats during the heat of battle, modern America’s Cup sailors are an incredible piece of engineering in their own right and, as important to winning the America’s Cup as the boats they will race in Bermuda.