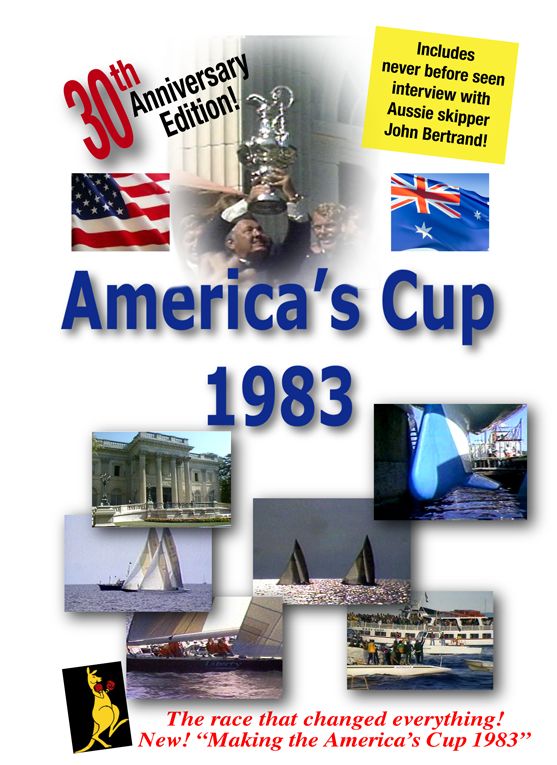 “Previously available only on DVD, THE AMERICA’S CUP 1983 will now be made instantly accessible worldwide at a very reasonable price,” says SEA-TV owner, Chip Croft. “This is our latest 30th Anniversary Edition with a feature on 'The Making of the America’s Cup 1983' plus a never-before-seen exclusive interview with victorious Australia II skipper, John Bertrand. John talks about what it took to win the Cup under tremendous pressure, the winged keel, plus the psychology of winning in sports and in life.”