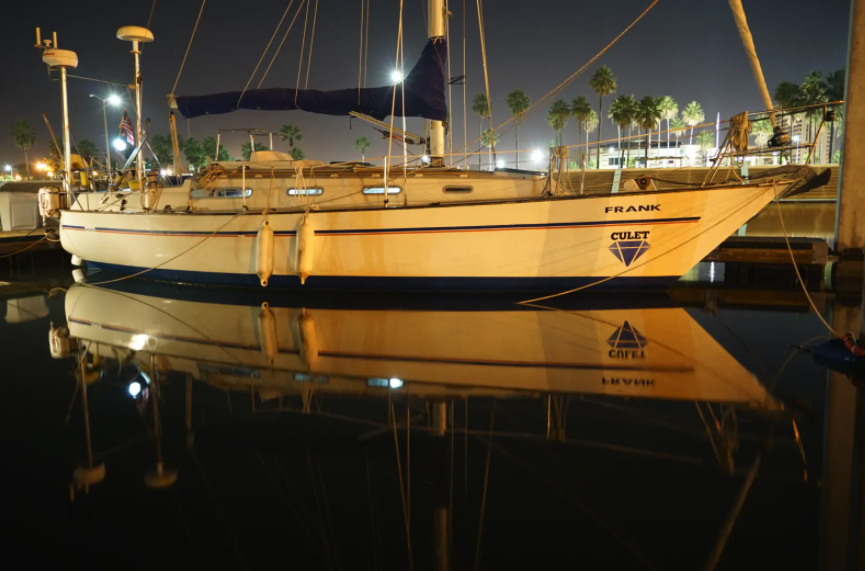 Colin Bastable from Cedar Park, Texas, USA, bought his boat after his father died and renamed her to Frank in his memory. He had bought the his Sadler 35 in the UK and then sailed all the way to his home in Texas.

Where does your passion for sailing come from?

My Father, Frank, was in the Royal Navy, so I grew up and lived by the sea. As children my siblings and I would go the the Navy Base in Singapore and take our Piccolos (basically a flat wood raft with a sail) and sail around the ships at anchor in the Straits.

When I had a young family we did the Sunsail bareboat thing in Greece and Turkey, and a started thinking about sailing around the world.

When my Father died, I bought my boat, renamed it after him and sailed her from England to my home in Texas.

I feel quite at home in a small sailboat in a vast sea.

There’s a feeling of being in harmony with boat and weather and sea which is different when shared with a crew.

To appease my sister, I had originally planned to “do” the ARC from the Canaries to St Lucia, with my brother-in-law. I’d assumed that I had to have a crew member.

Fortunately, he went off in a huff one day and I was so relieved that I was going to do it solo, even if it meant skipping the ARC, which requires a minimum of two crew.

We start with assumptions and we must challenge them.

I adore the solitude and the challenge of single-handed sailing.

For the full story, go to: https://globalsolochallenge.com/colin-bastable-news/