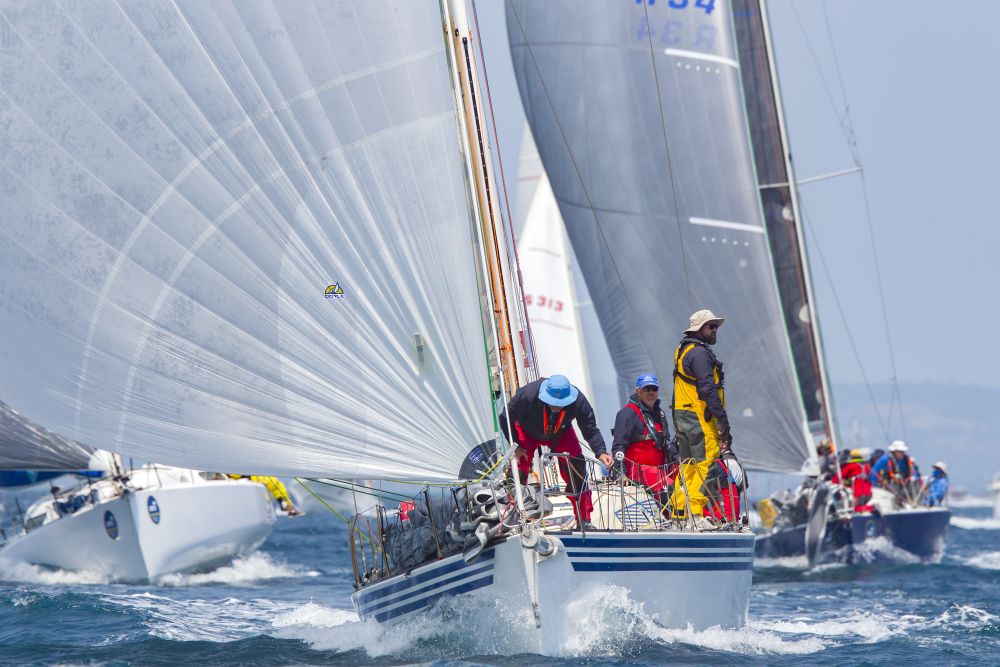 Despite some innovative tactics by Scott Robinson, skipper of How Bizarre, Angus Fletcher’s Radford 13.7 Tevake II has won the Rudder Cup, the trophy for overall winner of the ORCV Melbourne to Devonport Race.

Tevake II also took line honours, in a time of 1 day, 19 hours, 53 minutes and 18 seconds, nearly a day longer than the race record, which was set by Prowler way back in 1998, and was also first on PHS. Tevake II finished 5 hours ahead of How Bizarre, which beat third placed Shimmer (Jac and Steve Twentyman) by a mere 17 minutes.

The race was a fascinating one to watch as Robinson took his Seaquest Rp36 well to the west of the rhumbline in search of better wind. The move paid off and he led the race on handicap for some time, before Tevake II made a comeback.

There was a final twist to the tale as a strong outgoing tide at Devonport slowed the leader, allowing others to close up from behind.

It was a case of persistence paying off for the winners. Angus Fletcher said he had been chasing the Rudder Cup “for quite some time”.

“This was our twelth race so it’s good to have finally snared that one,” he said.

Asked what he would do now the goal had been reached, he said there is one remaining piece of unfinished business.

“We have never managed to take line honours in the Westcoaster (Melbourne to Hobart). We’ve been second six times, so that’s the one I need to do before I hang up my boots.”

The Melbourne to Devonport is conducted under the AMS handicapping system, which resulted in Tevake II being declared the overall winner, ahead of Bruno Carreto and Brian Pattinson who were sailing Under Capricorn double-handed, and Michael Culhane’s Weekend Option.

The Rudder Cup dates back to 1907 when Thomas Fleming Day, editor of the American magazine “Rudder” wrote to the Commodore of the Geelong Yacht Club, T. A. Dickson, suggesting a race across Bass Strait to Tasmania. Day struck a trophy worth 60 guineas, a fortune at the time, as a prize for the winner.

This makes the Rudder Cup Australia's oldest ocean race and the fifth oldest organised ocean yacht race in the world, predating the Fastnet by nearly 20 years and the Sydney Hobart race by nearly four decades.