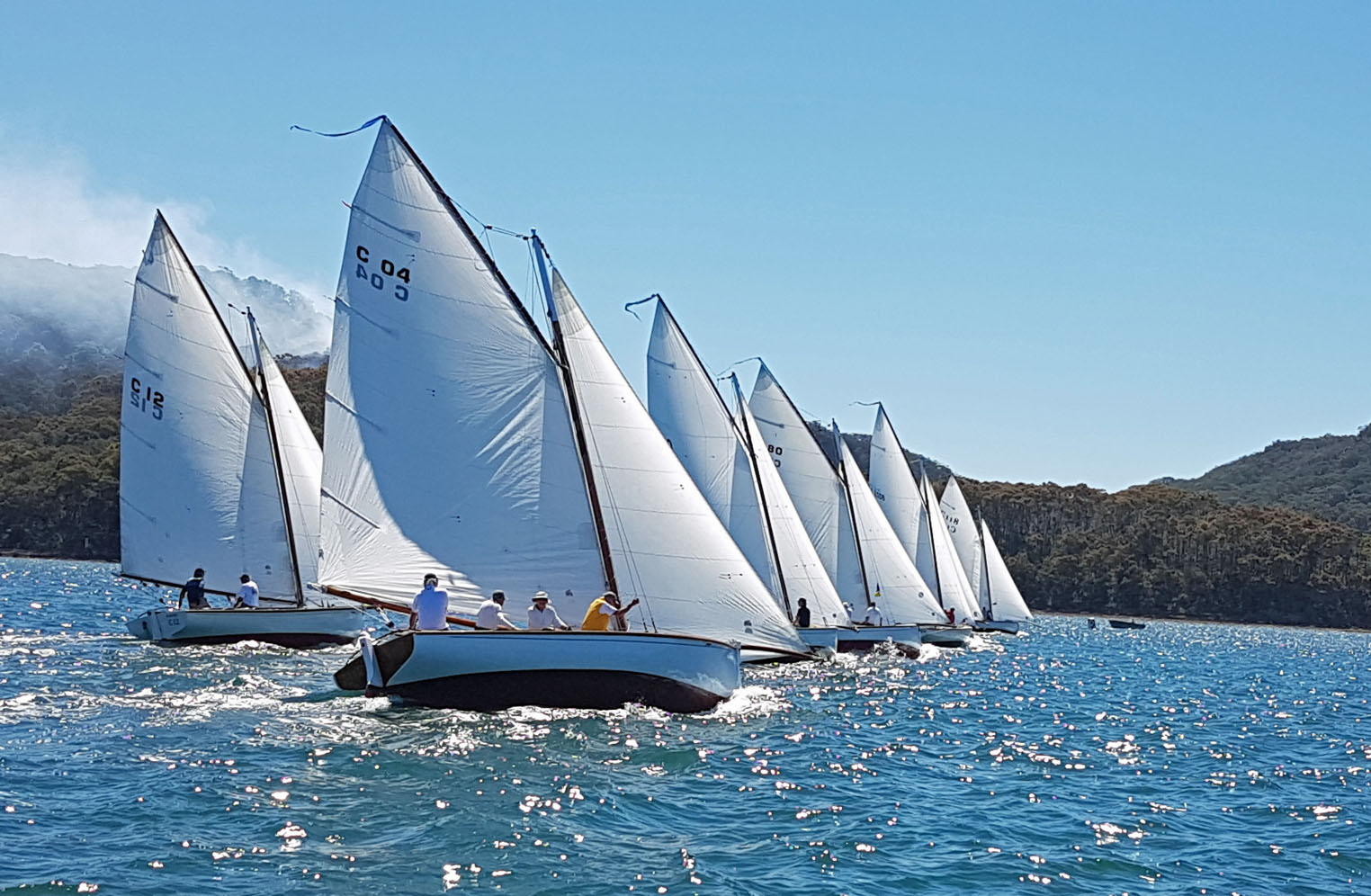 The handicapper is doing something right when the top four Couta Boats finish the Wattle Cup pointscore tied on equal points as they did on Sunday October 16 after a smoky passage race to Mackerel Beach at on Pittwater’s western shoreline, then around Scotland Island to the finish.

Don Telford and his Tenacity crew also know something about the right formula after picking up a third Wattle Cup overall win from the four the Royal Prince Alfred Yacht Club team has contested.

Tenacity’s prowess comes to the fore in stronger winds and Pittwater’s gusty NNEers on Saturday and nor’west winds on Sunday provided the perfect fuel.

“To have four boats finish on the same points and win on a countback is extraordinary, but it makes it difficult to be in among a fleet that tight,” Telford said. “Tenacity is a really quick boat with a bit of wind and we did have a very good crew …John ‘Steamer’ Stanley, Peter Hemery and Col Anderson from Doyle Sails up from Victoria for two of the four weekend races.”

Telford thanked the RPAYC’s race management team led by PRO Elaine Fowler for another successful Wattle Cup raced against the dramatic backdrop on Sunday of heavy smoke from a back burn in Kur-ring-gai Chase, including multiple helicopters buzzing around all day water bombing the fire to keep it in check.

First time Couta helmsman/skipper David Bray steered Cariad for owner James George. Afterwards Bray could feel the physical effect of driving five tonne of boat around Pittwater.  “I’m glad I’m going to the gym today to stretch out,” he said. “I terrorised a few people; got hit by one boat and I hit another, plus we did two 360 degree penalty turns. The boat I tapped eventually won line honours in that race, so at least we were up near them.

“The boats are very interesting, very reliant on crew coordination and there’s a lot of effort trying to balance the helm, especially in changeable Pittwater. When you don’t get it right, it really bites you,” added Bray, who prefers to claim Cariad’s Wattle Cup third overall as “equal first”, given the points tie with Tenacity and Kathleen Mary.

Mid-October 2017 the Wattle Cup will precede the first class Australian Championship to be staged outside the state of Victoria, where the Couta Boat class was developed and used for fishing in the Sorrento-Queenscliff and Victorian west coast regions, between 1870 and the 1930s.

The association’s NSW chapter is promising the Victorian fleet a full week of great racing and usual complementary social agenda leading into the national title, to be hosted by the RPAYC in its important sesquicentenary year. The Royal Prince Edward Yacht Club’s traditional Couta Week opening races on Sydney Harbour will mark the start of the championship program.