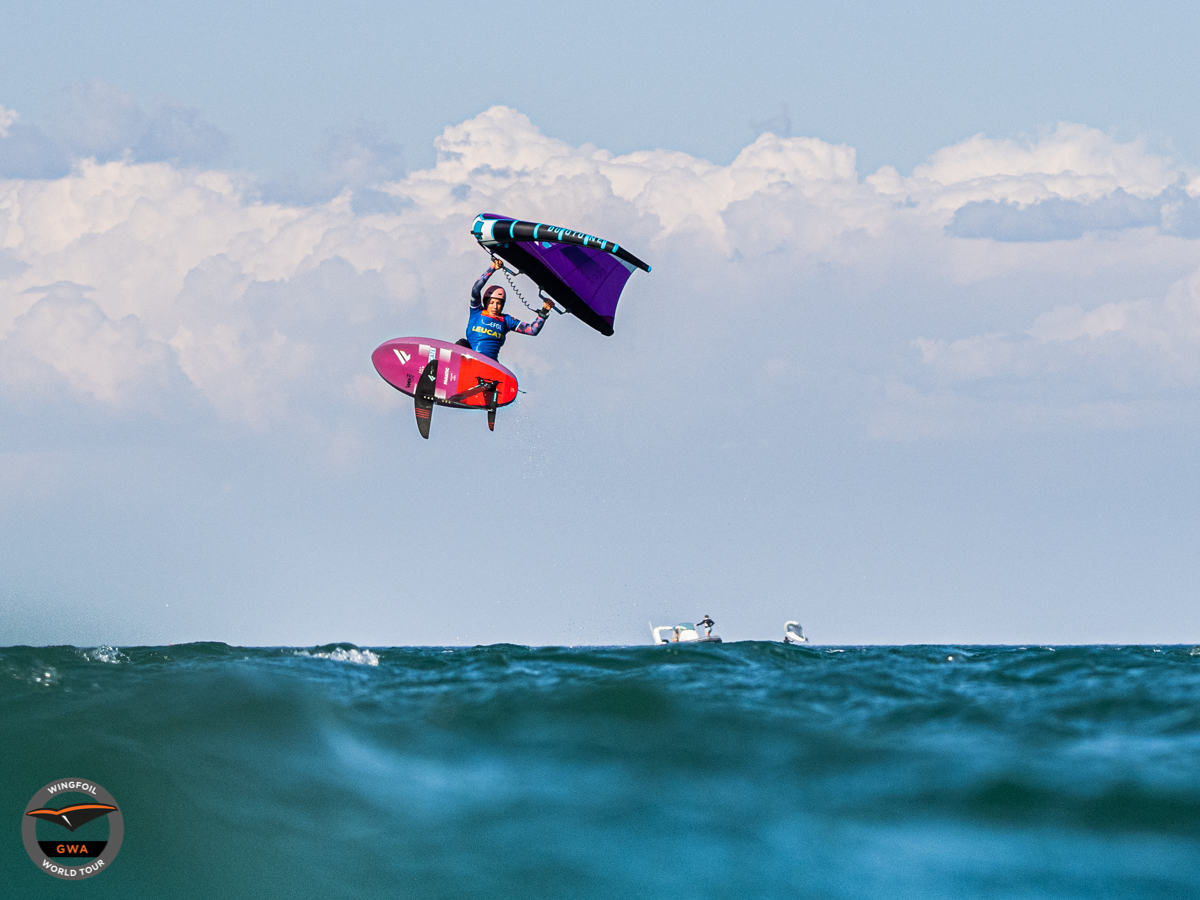 Nia Suardiaz was at her best

France: Day 5 in the Surf-Freestyle and 11 hours after the 7.30am rider’s briefing on the beach here in Leucate on Saturday morning local time, Spain named its first event champion of the season in the GWA Wingfoil World Tour when Nia Suardiaz claimed her first title.

The action took off at 10.30am in light 10-15 knot conditions and as the sun gradually warmed up the atmosphere the Tramontana wind was fully pumping by the afternoon. The Men’s event (46 riders) was pushed as far as possible right up to sunset, reaching the start of the quarter final with just one more possible day of action, but the day belonged to Suardiaz’ superb performance.

In just her second GWA Wingfoil World Tour competition, the 16 year-old Spaniard took her first event win. She showed impressive composure against a fleet of female Surf-Freestyle riders that had grown to 10 at this event.

By the time the Women’s final ran around 6pm, the wind was firing at 25 knots, gusting up to 30. The pick of the Suardiaz tricks in the final was a toeside frontside 540 that she landed in the middle; a total of eight clean tricks landed from 11 attempts.

In the end, her opponent from the Czech Republic, Paula Novotna, 29, brings a decade of kitesurfing competition experience to the game. She had stacked up the highest heat score of the competition in the semi-final (24.69) against Flora Artzner from France (current leading rider over in the Surf-Slalom discipline which also features at this event).

As is her customary style, Paula doggedly dug in and fought to the very end of the final, finishing just over a single point behind the teenager who took the win on 19.77 points.

Nia carved her way through the elimination after dominating her first heat in round one, doubling the score of her closest competitor. In that three rider heat she beat Novotna for the first time (by a much bigger distance than she did in the final) and also American 3x SUP World Champion Fiona Wylde.

The round one win meant Nia skipped the often tricky round two dingle elimination heat and went on to beat Wylde for a second time in the semi-finals, (though Wylde must be commended for bravely starting her quest to become the first woman to land a front flip and is fighting at the front of the Surf-Slalom discipline, too!).

After the beach podium when interviewed in Spanish for our upcoming highlight video, Nia smiled widely and said that she’s very proud of her achievement, thankful for all who have helped her so far in her career and very much looking forward to the rest of this world tour season.