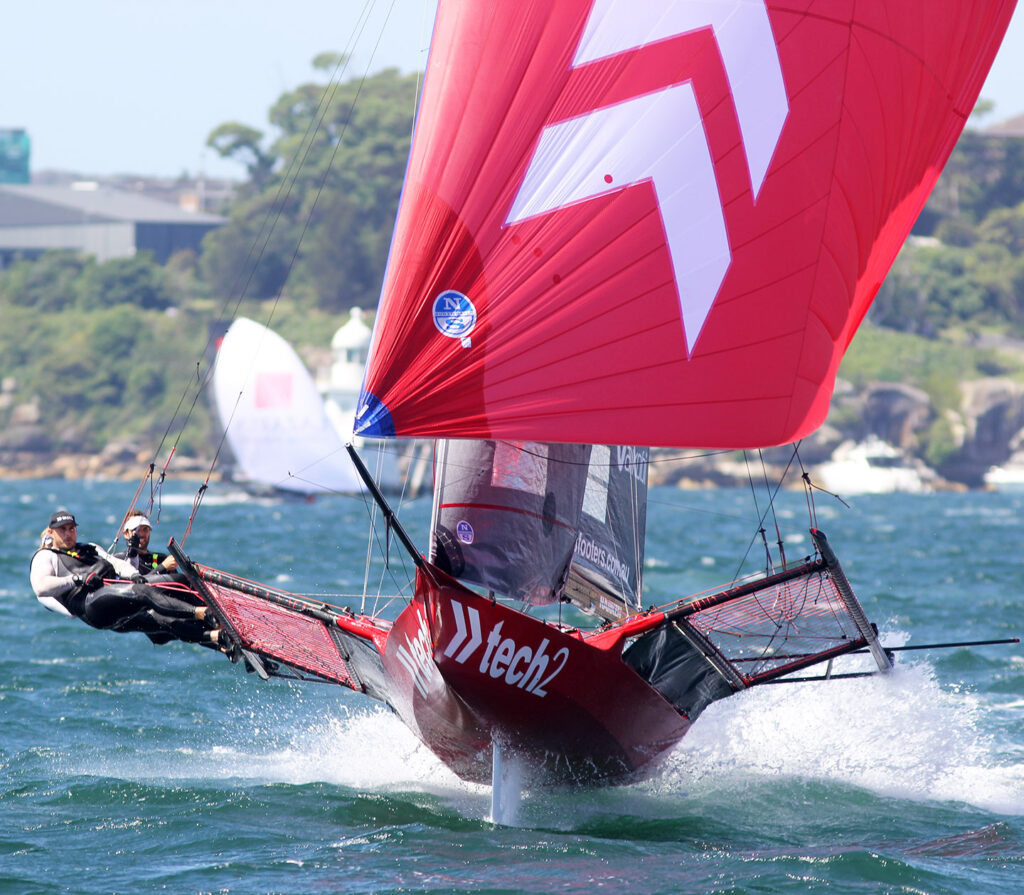 Tech2 'leads' downwind on the first lap of the course. Pic - 18ft skiffs 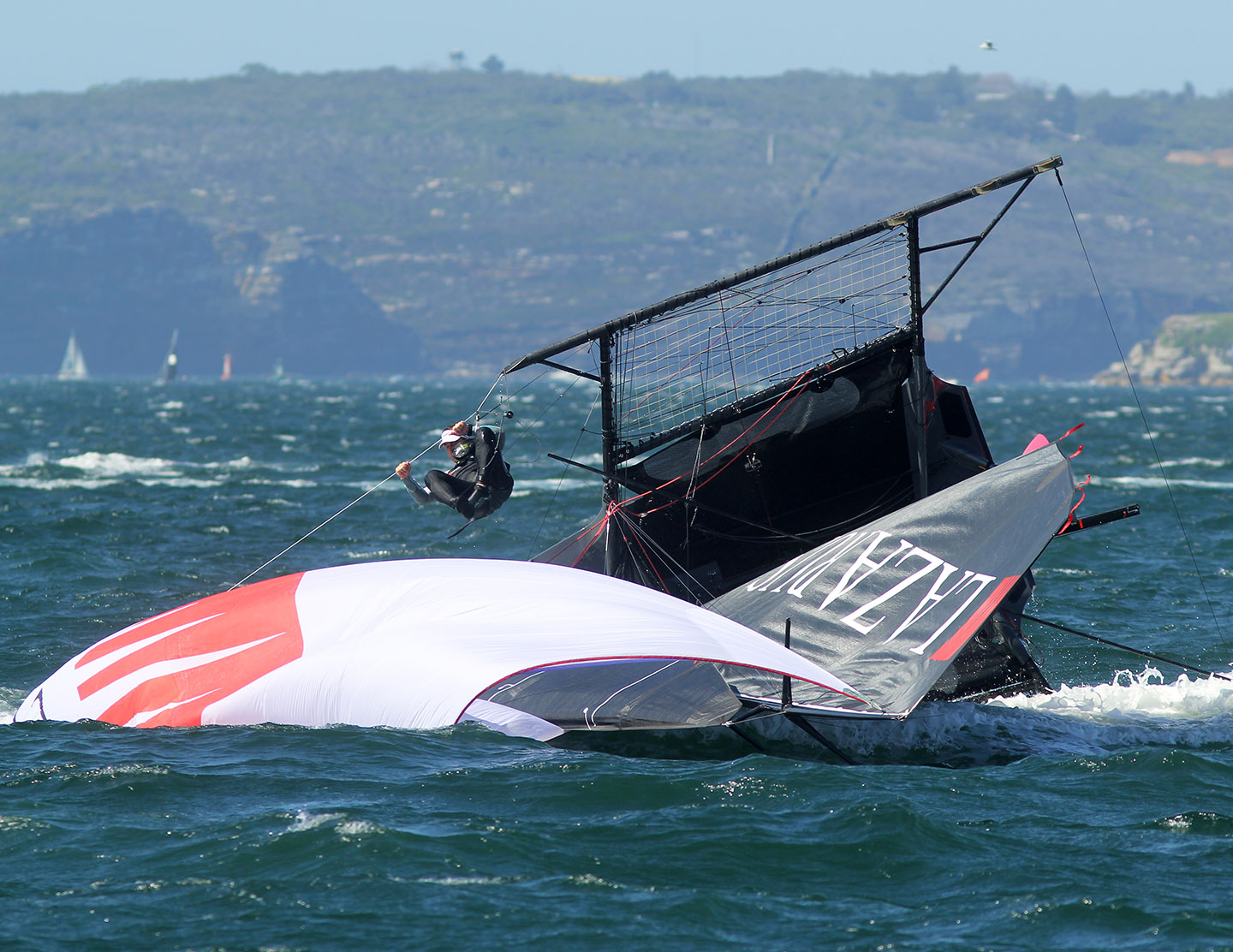 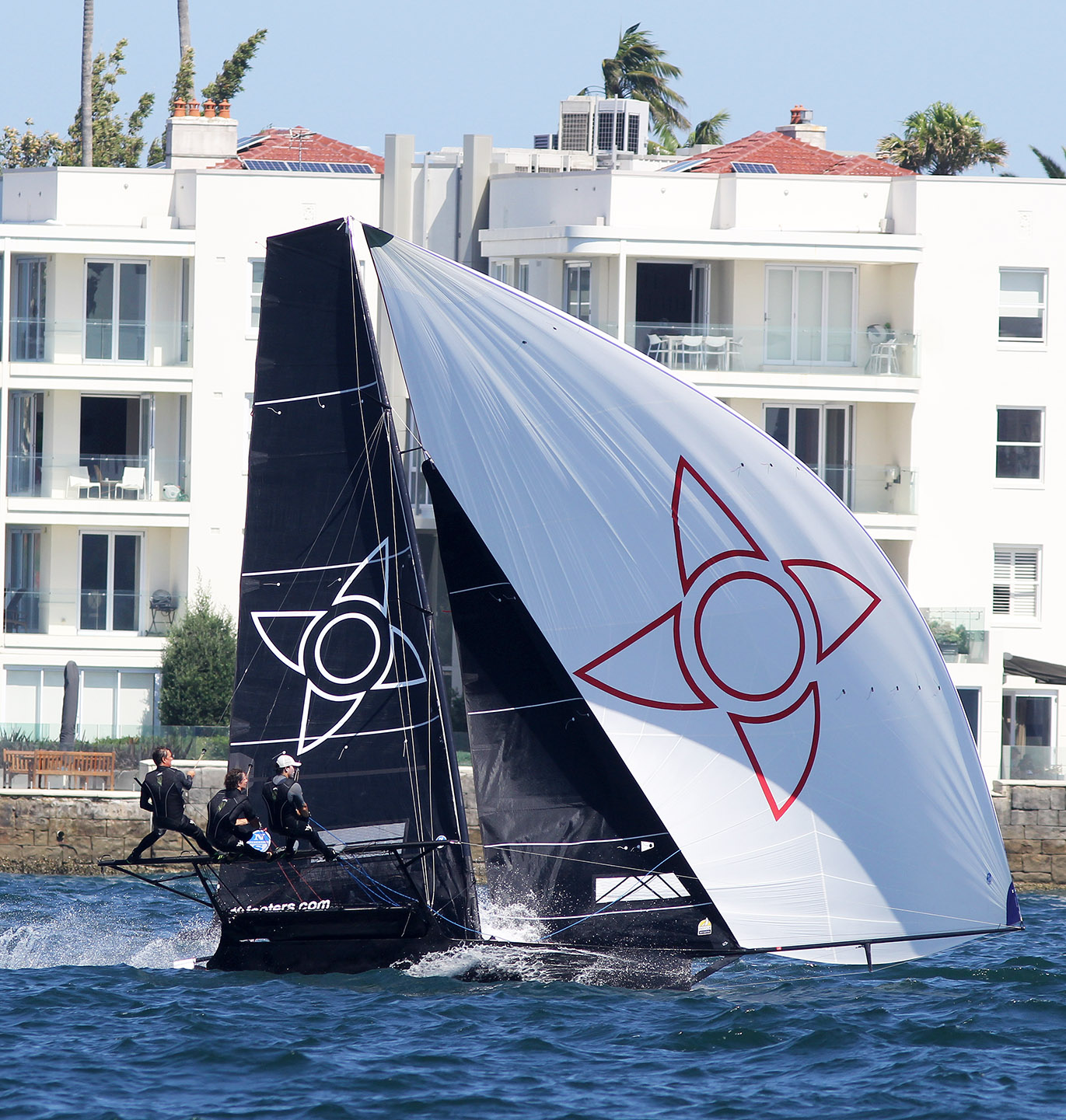 Noakesailing on the run between the islands. Pic - 18ft skiffs 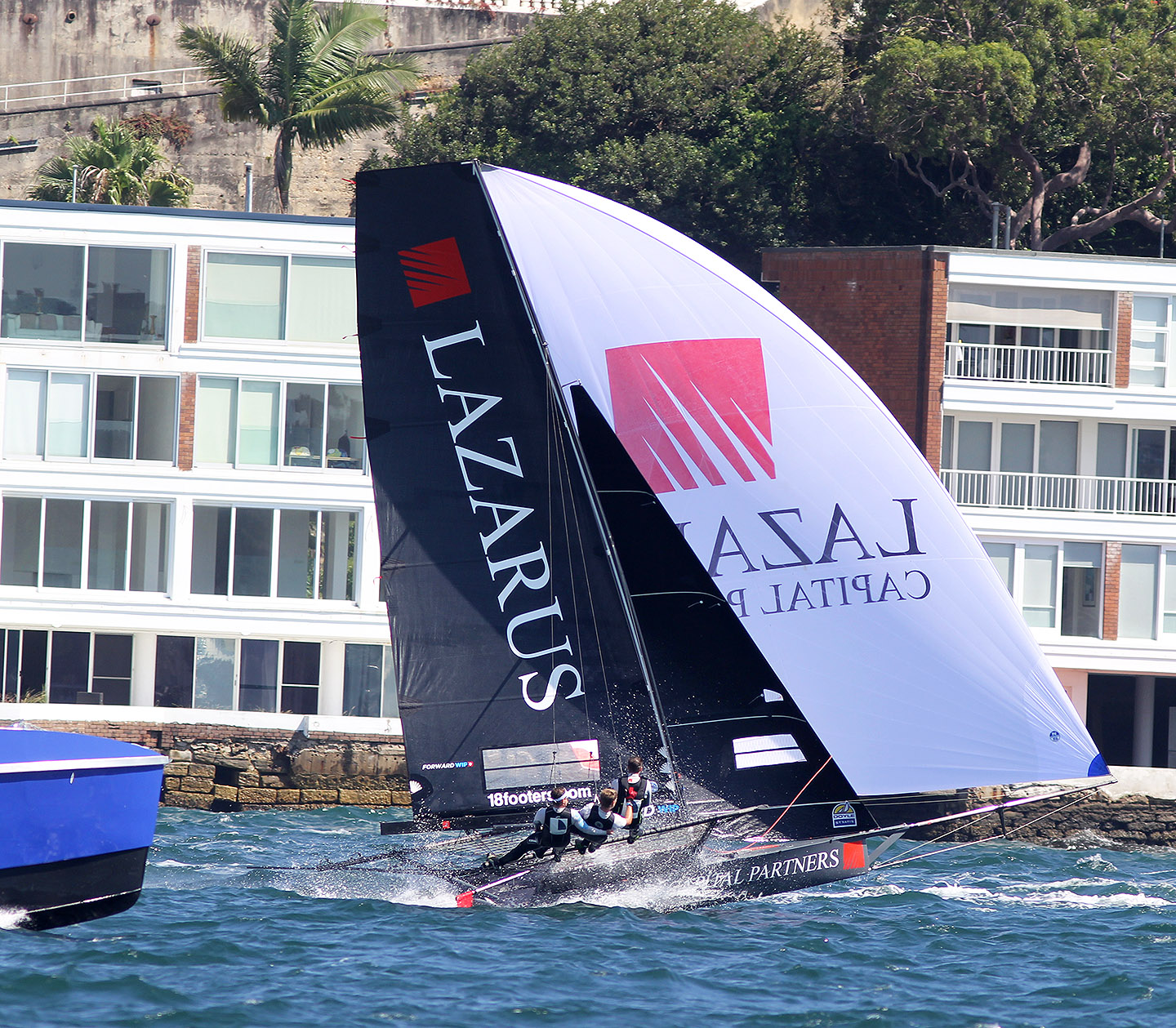 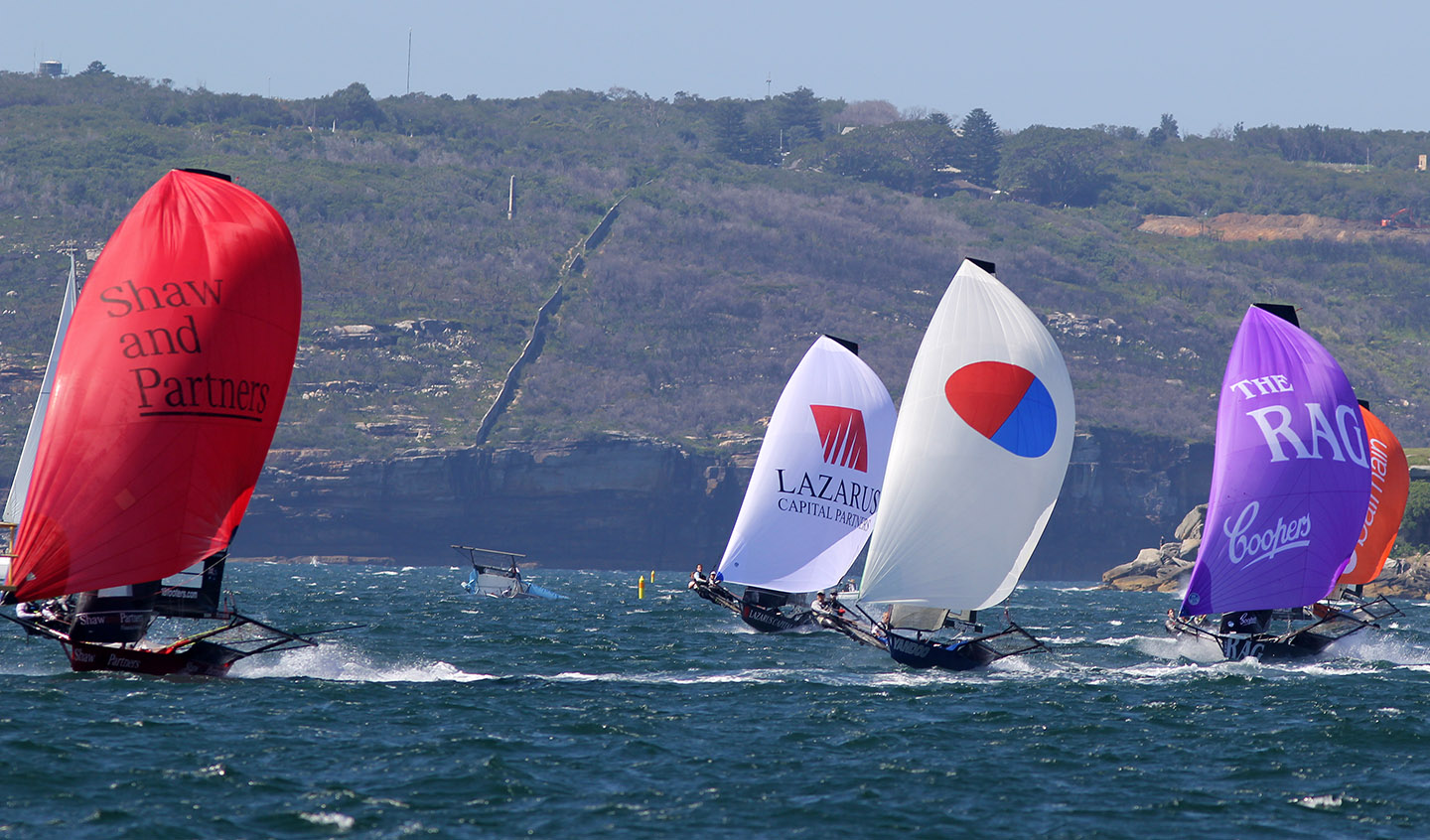 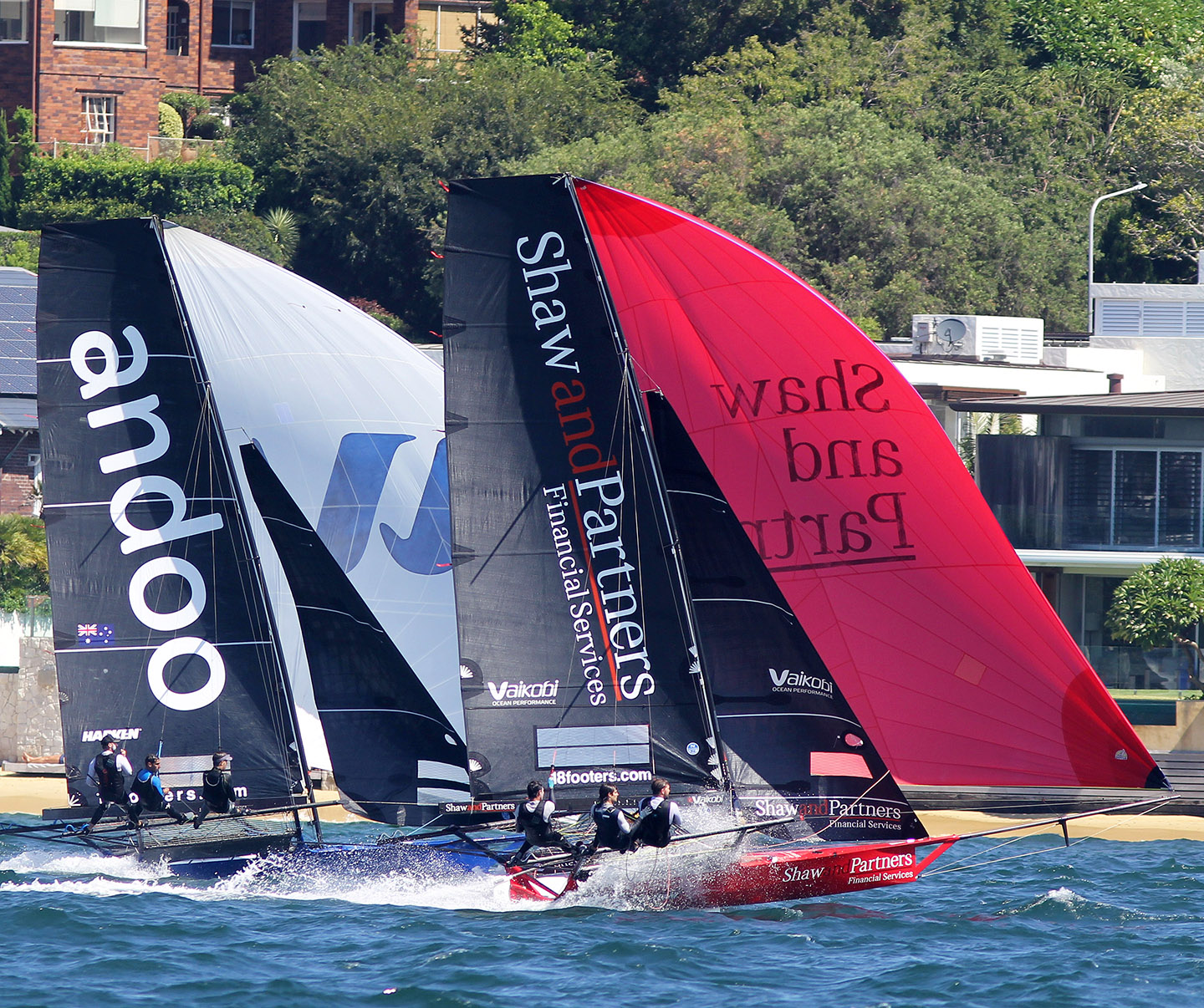 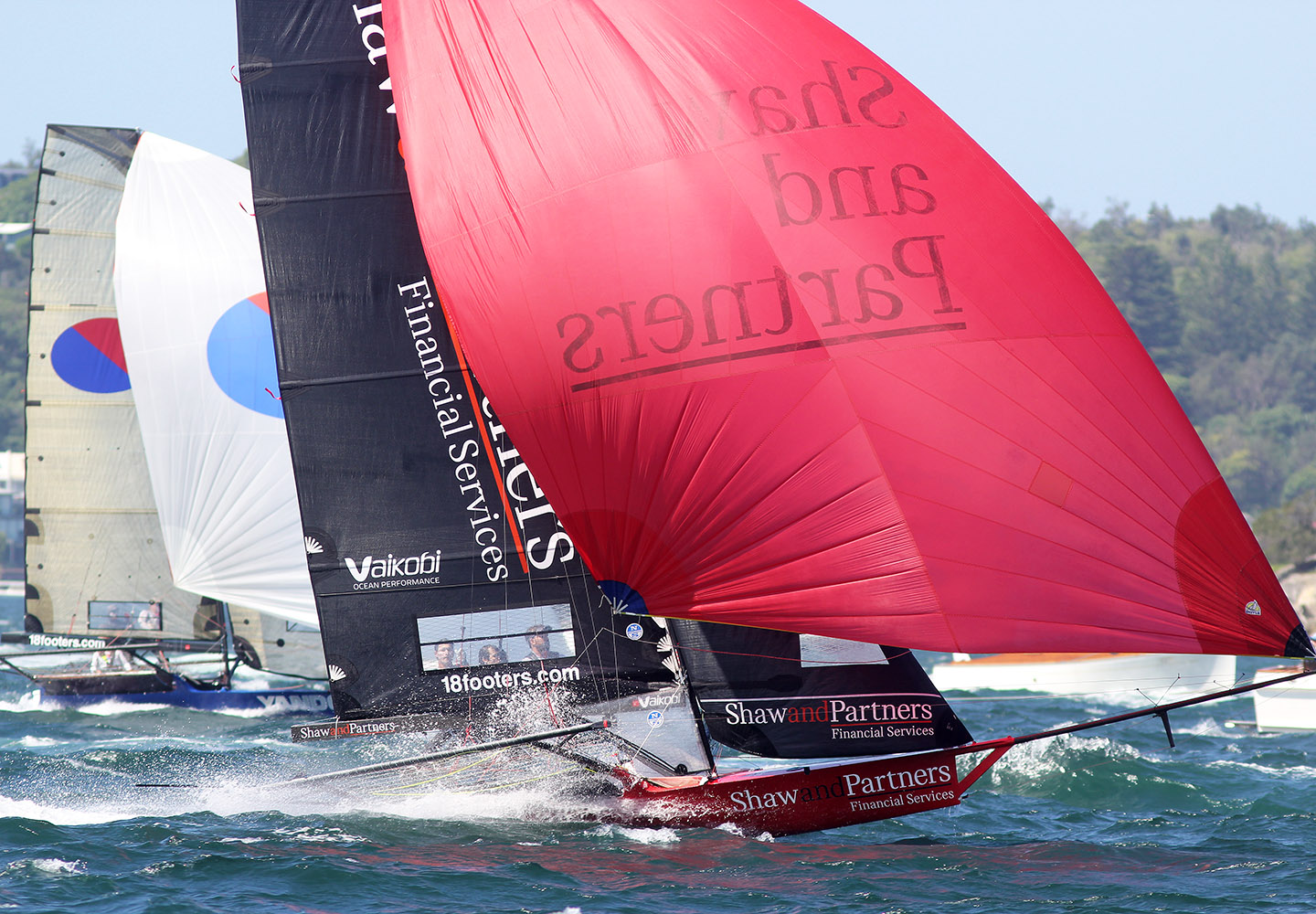 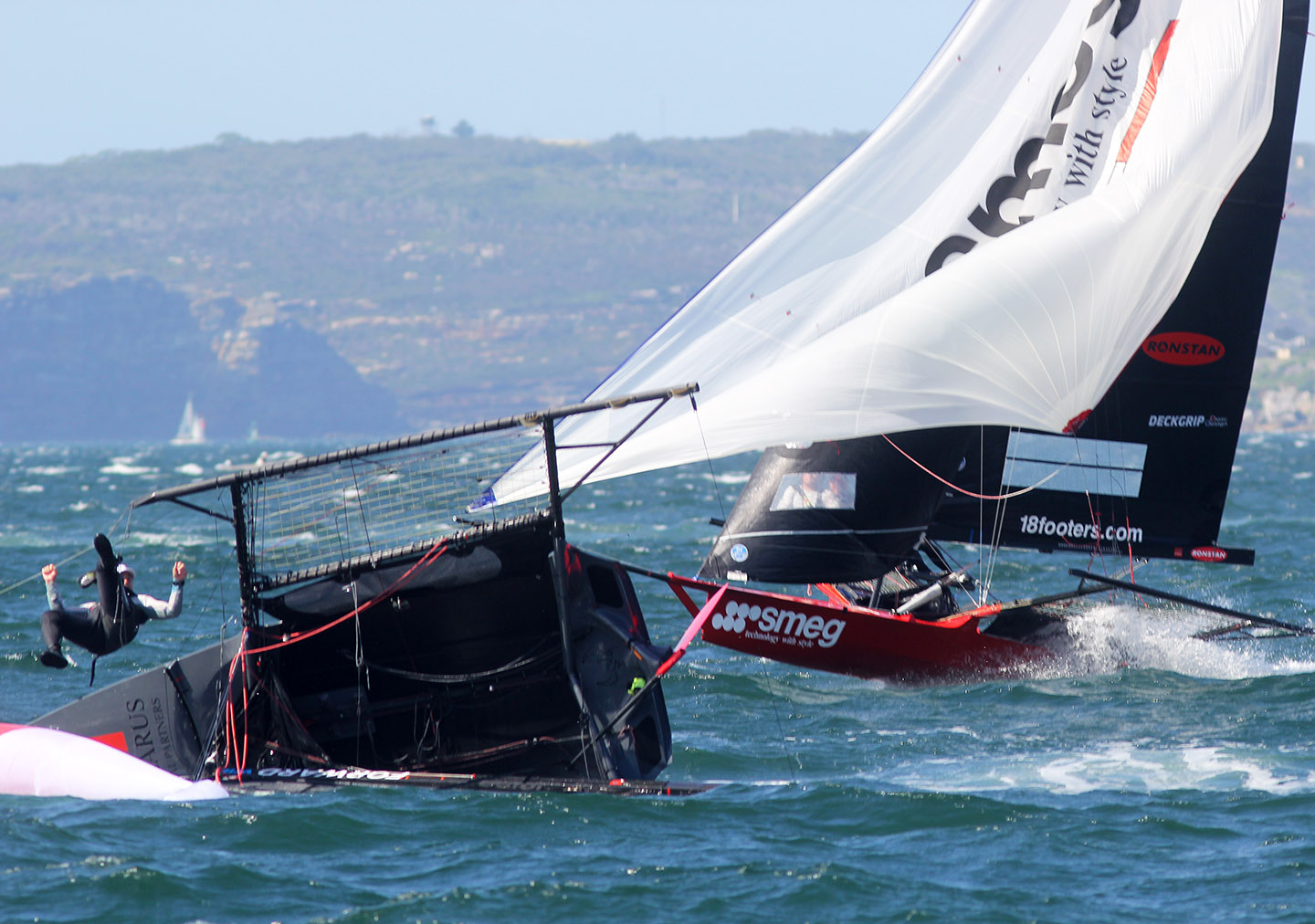 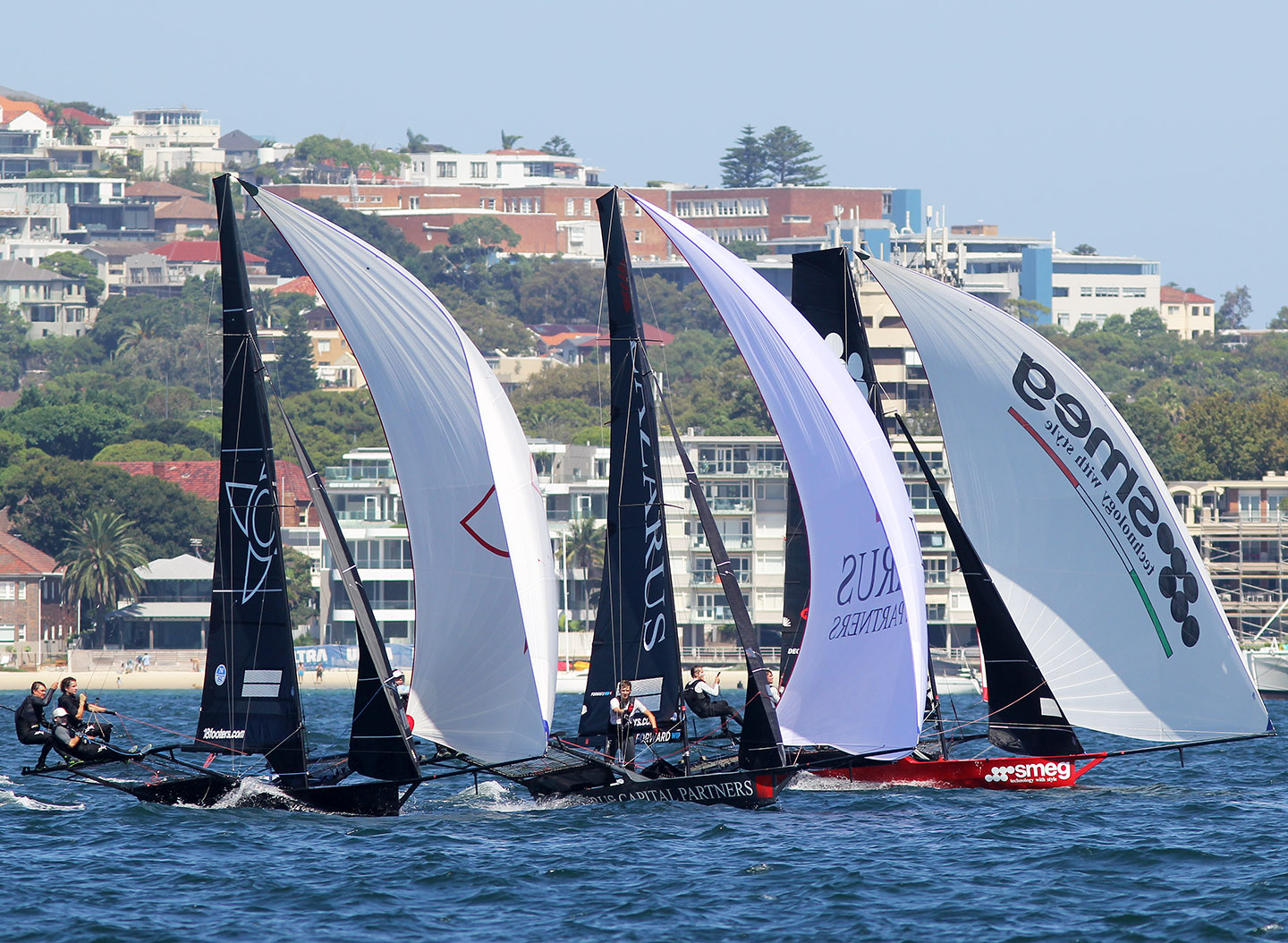 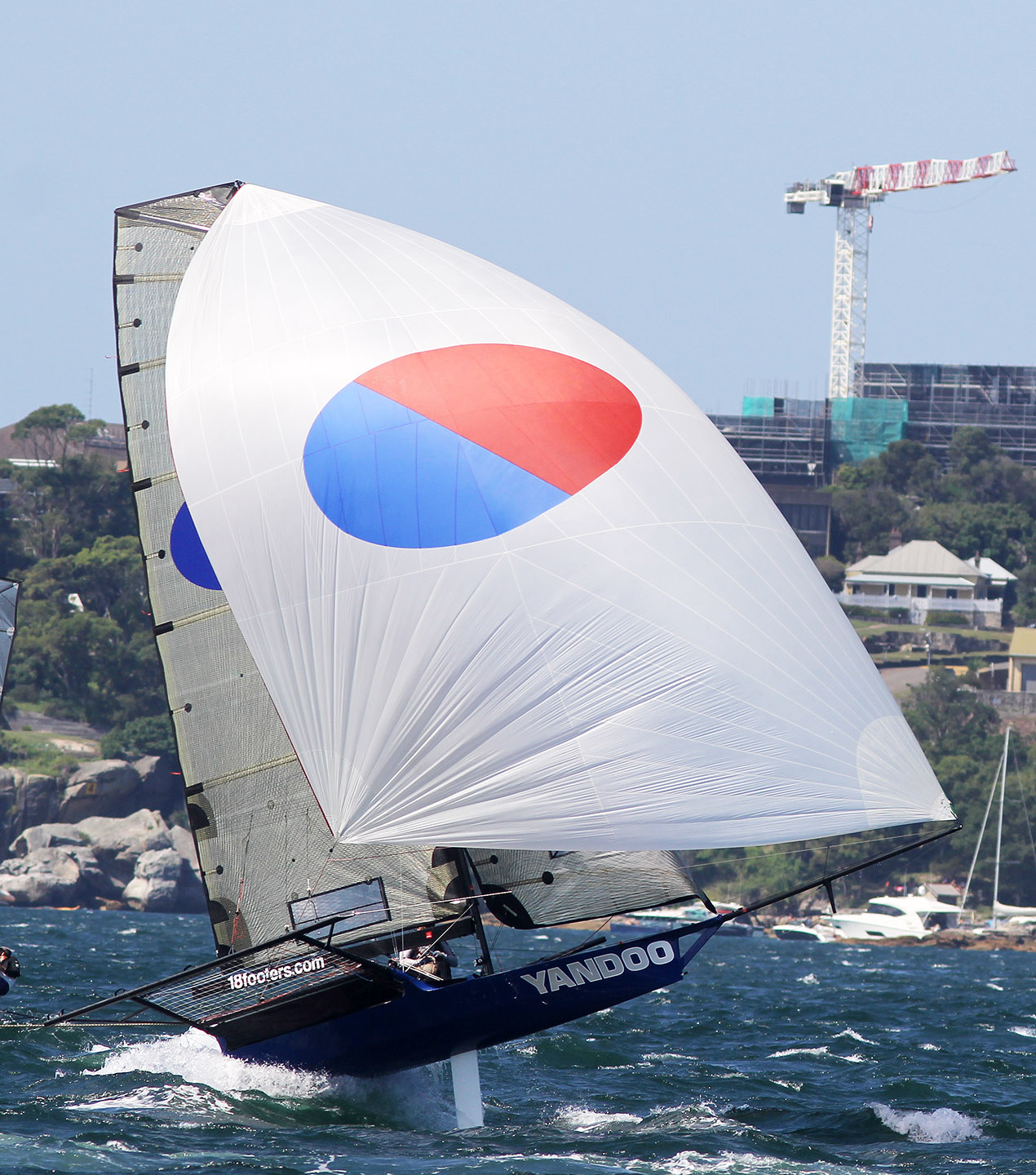 Macartney and his team of Charlie Wyatt and Lewis Brake have won the 2022 series, despite being disqualified for an OCS in today’s final race of the 17-race championship.

In the 18-22-knots NNE winds on Sydney Harbour today, and with Tech2 disqualified, the Andoo team of James Dorron, Matt Stenta and Angus Williams, gave a faultless display to take Race 17 of the Club Championship by 2m 29s from Smeg (Michael Coxon, Ricky Bridge and Zac Barnabas).

The good NNE wind and run-out tide provided the teams with great racing conditions and the large spectator fleet with even better viewing action as the fleet raced downwind in the choppy harbour conditions.

Tech2 was recalled for being OCS (on course starter) and failed to return, and despite leading by 40s at the top mark at the Beashel Buoy, Shaw and Partners Financial Services, skippered by replacement skipper for the day Leo Takaheshi, was the official leader by 15s from Yandoo, Andoo, Rag & Famish Hotel, Finport Finance and Noakesailing.

A large group, including Rag & Famish Hotel, Yandoo, Finport Finance, Noakesailing and Smeg were close behind the leaders.

With Tech2 2mins ahead of the fleet on the second beat to the top mark, the battle for the official lead was tight as Andoo again took the lead away from Shaw & Partners.

Just when it looked as though there would be an exciting battle downwind back to the mark off Clark Island, Andoo was left with a clear lead when the second, third and fourth boats (Shaw & Partners, Yandoo and Rag & Famish Hotel) all capsized shortly after rounding the Beashel Buoy.

An interesting highlight in the race was the appearance of the German team (Heinrich Von Bayern, Thomas Martin and Andy Martin) which is in Sydney for the upcoming JJ Giltinan Championship.

Sailing a chartered skiff, by invitation today, the team was always well in the mix with many of the local teams and was the sixth team to cross the finish line, just behind The Oak Double Bay-4 Pines.

Next Sunday is the ‘Super Sprint Sunday’.  Spectators can follow the racing on board the club’s spectator ferry, however due to the COVID-19 policy, numbers are limited.  Booking online through the club’s website is essential: http://www.18footers.com.au/18-footers-sailing/spectator-ferry/

DON’T FORGET:  The 2022 JJ Giltinan Championship will be sailed on Sydney Harbour, from March 5-13.