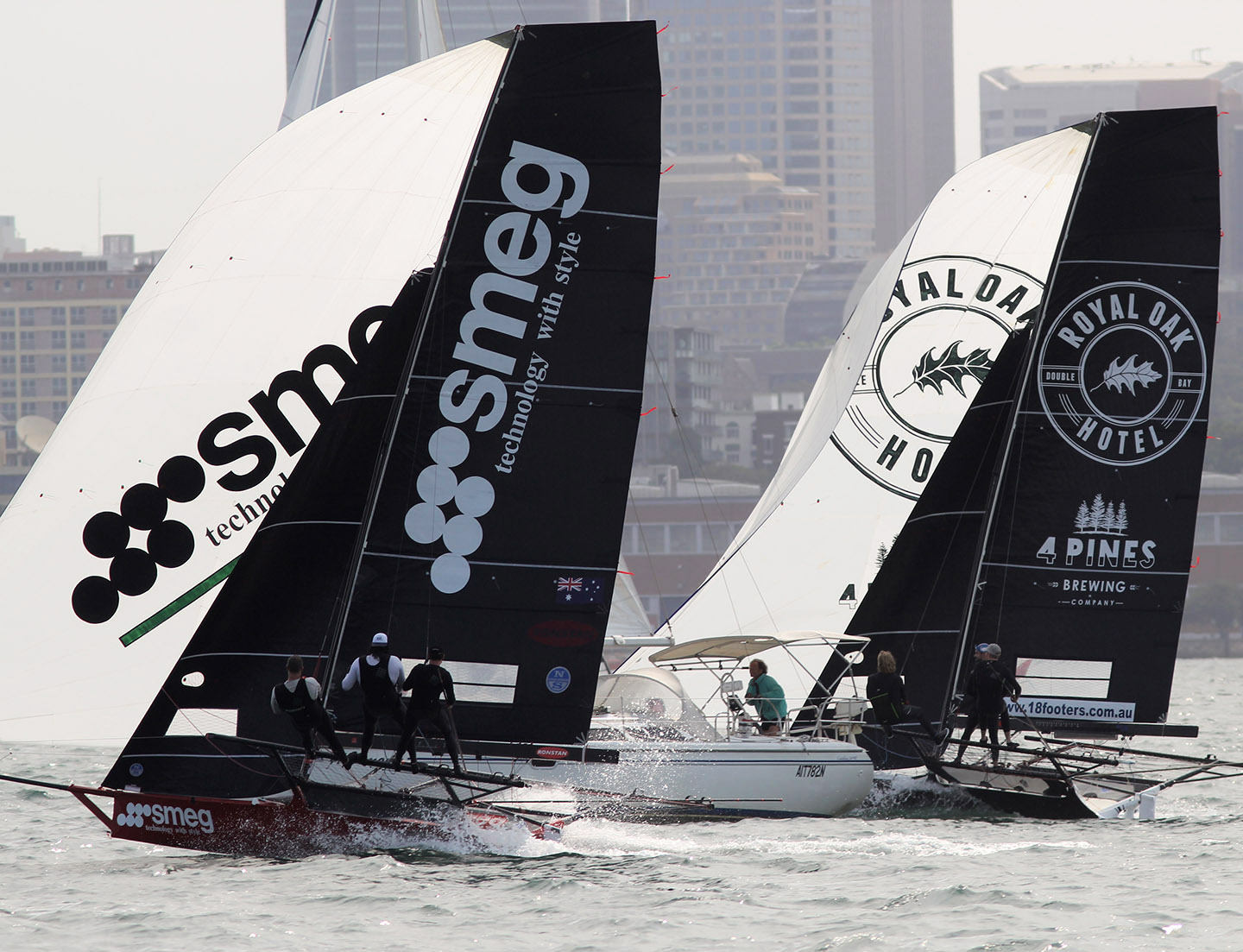 The traditional Invitation Race for the JJ Giltinan 18ft Skiff Championship was sailed on Sydney Harbour on Friday in a 12-15-knot north-east wind, a chance for the fleet to warm up ahead of the major event starting today, Saturday.

Tech2 (Jack Macartney/Charlie Wyatt/Trent Barnabas) looked fast on each leg of the course. She held a big lead throughout before crossing the finish line 1m59s ahead of Smeg (Micah Lane/Ricky Bridge/Peter Harris), with The Oak Double Bay-4 Pines (Aron Everett/Courtney Mahar/Charlie Gundy) a further 7 seconds back in third place.

Race 1 of the 2020 JJ Giltinan 18ft Skiff Championship on Sydney Harbour tomorrow is expected to be held in south-west winds of around 28-knots, or more, which will tax all teams to the max.

The newly-crowned Australian champion skipper, Jack Macartney, has the enthusiasm, dedication, a love of sailing. He also has a lot of talent, and the determination to win the coveted trophy back for Australia when 24 of the world’s best teams line up for the Championship.

After finishing runner-up to Michael Coxon’s Thurlow Fisher Lawyers in the 2017 ‘JJs’, Macartney retired from the 18s. He is back with a classy team which includes Charlie Wyatt (a rookie to the 18s), on the sheet, and four-time JJ Giltinan champion, Trent Barnabas on the bow. They are sailing a brand new Van Munster Boats-built skiff.

Watching New Zealand’s David McDiarmid win the past two JJs since his break away from the 18s might have given Macartney the urge to return to the class this season, particularly as he has been able to put such a strong team together.

The Championship is supported by Tech2, a brand new sponsor to the 18s, and the company’s new skiff did not hit the water until early December when the team finished fifth in Race 2 of the NSW Championship.

Despite missing the first race of the Championship, Tech2 quickly showed her potential and finished fifth overall in the 18-boat fleet.

Not surprisingly, Tech2 continued to improve when racing resumed after the mid-season break and produced incredibly consistent performances over the nine-race Australian Championship.

It was Macartney’s second Australian Championship victory, having teamed with skipper Micah Lane and Drew Waller (bow), to win the 2006-2007 Championship on Macquarie Real Estate.

Obviously refreshed after his brief break from the 18s, Macartney said: “I’m really looking forward to the 2020 JJs after a few years out. I’ve come back energised with an awesome crew in Charlie and Trent.”

“The Kiwis are definitely the benchmark. We’re aiming to sail a consistent and accurate regatta and let the result take care of itself.

“Tech2 is a fantastic sponsor and right behind us for the battle ahead,” he ended.

Spectators can see all the teams while they are rigging, then follow the racing on board the club's spectator ferry, which leaves Double Bay Wharf, alongside the rigging area, at 2pm.