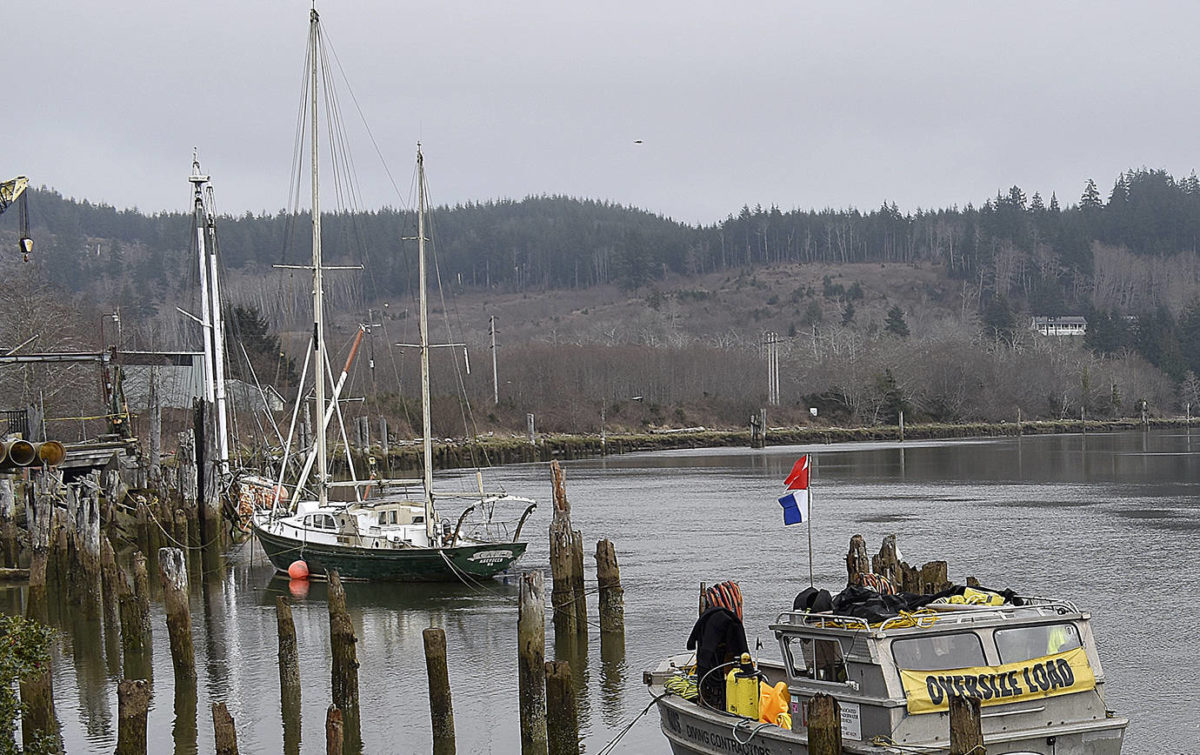 Washington, USA: Another vessel has sunk in the Hoquiam River, this one a 40-foot sailboat, just upriver from where salvage crews have been trying to get the Lady Grace up from the bottom at the east end of Karr Avenue.

This is the eighth vessel to sink on the small stretch of river just north of Hoquiam’s Riverside Bridge since July 2017.

“This vessel was apparently tied to pilings near the private boatyard at the end of Monroe Street where several other boats have sunk in the past few years,” said Hoquiam Police Chief Jeff Myers. “It is believed the boat went down in the past few days during a period of very low tides.”

Hoquiam Police and the vessel’s owner contacted the Department of Ecology Spills Program Wednesday to report the sinking and Ecology responded.

“We were out there with the Hoquiam Police (Wednesday),” said Jeff Zenk, spokesman for Ecology’s southwest region. “We have indications that it may have actually sunk on Monday.”