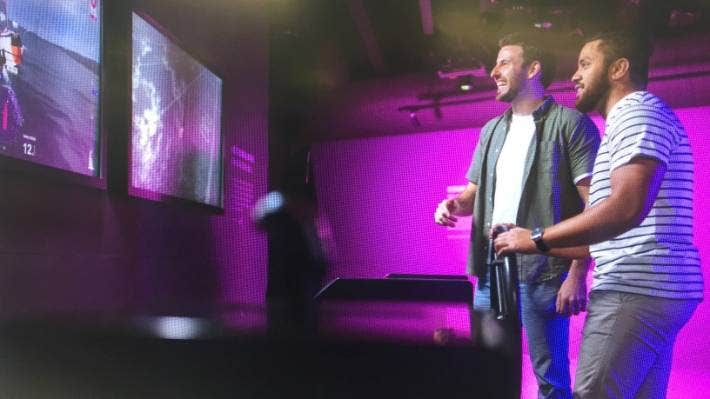 Team New Zealand is opening its ground-breaking simulator to the public, including their America’s Cup rivals.

The defenders gave media a glimpse of the impressive 5G Race Zone interactive experience built with Spark that will open at the team’s Auckland base on Thursday and run through till the end of March.

Fans are given a first-hand experience of steering and sailing Team New Zealand’s first generation AC75 as well as getting to grips with the multitude of wind conditions that will buffet the five courses.

There’s also a chance to design an America’s Cup boat and watch it perform, get photos with the Auld Mug and crew member as well as get a feel for the speed of the boat in a 360 degree camera experience as Te Aihe hits 45 knots on the Waitemata Harbour with white water coming over its bow and into the crew pits.