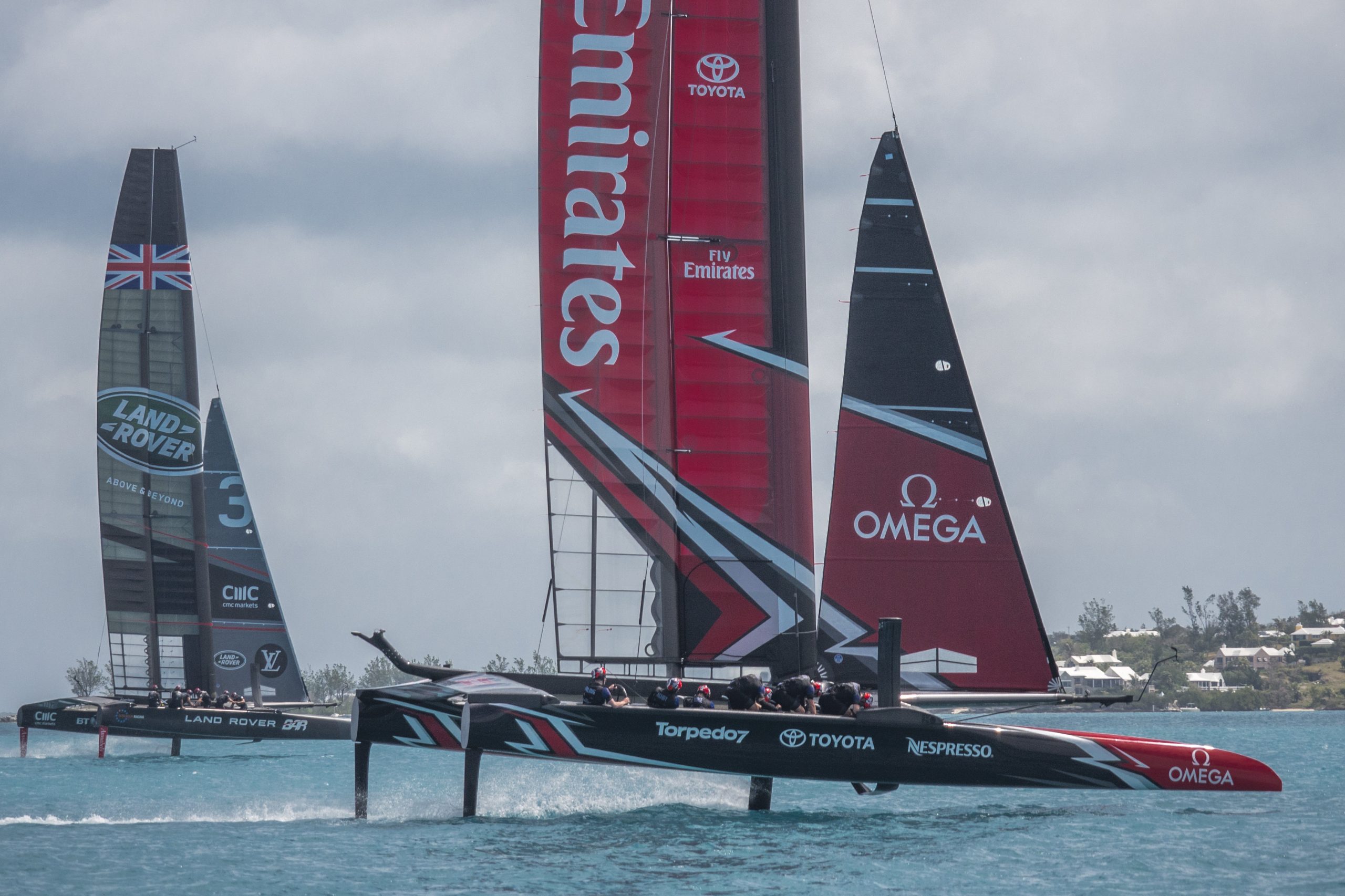 After less than one week since the first sail in Bermuda, Emirates Team New Zealand joined their opponents on the water for the last day of the latest round of the America’s Cup Class (ACC) practice racing.

All six America’s Cup teams, now based in Bermuda, took part in a series of match races in 8-10 knots of breeze, racing each other on the race course that the America’s Cup will take place starting next month.

“We learnt plenty today,” said Skipper Glenn Ashby. “But the main thing that sticks out is just how close all of the boats are in performance, and therefore how close the racing is going to be. It could very well come down to the finest design detail or smallest mistake on the water that is the difference between winning and losing at any stage of the competition.”

Helmsman Peter Burling said: “It was fantastic to finally have some other teams to race against and to feel the heat of competition one on one match racing. We would have loved to race everyone today, but we still managed to have some good line ups both upwind and downwind with the teams we didn’t race and there isn’t much in performance so manoeuvres and perfection in execution will be vital.”

Skipper Glenn Ashby is happy with what has been achieved to date but is under no illusion of the work that still needs to be done within the next month.

“The team has done an excellent job so far, still we need to make sure we keep pushing hard, as every other team will do the same. We have just under one month to maximise what we have in preparation for the racing with one more race period in that time to check in before it is all on.”