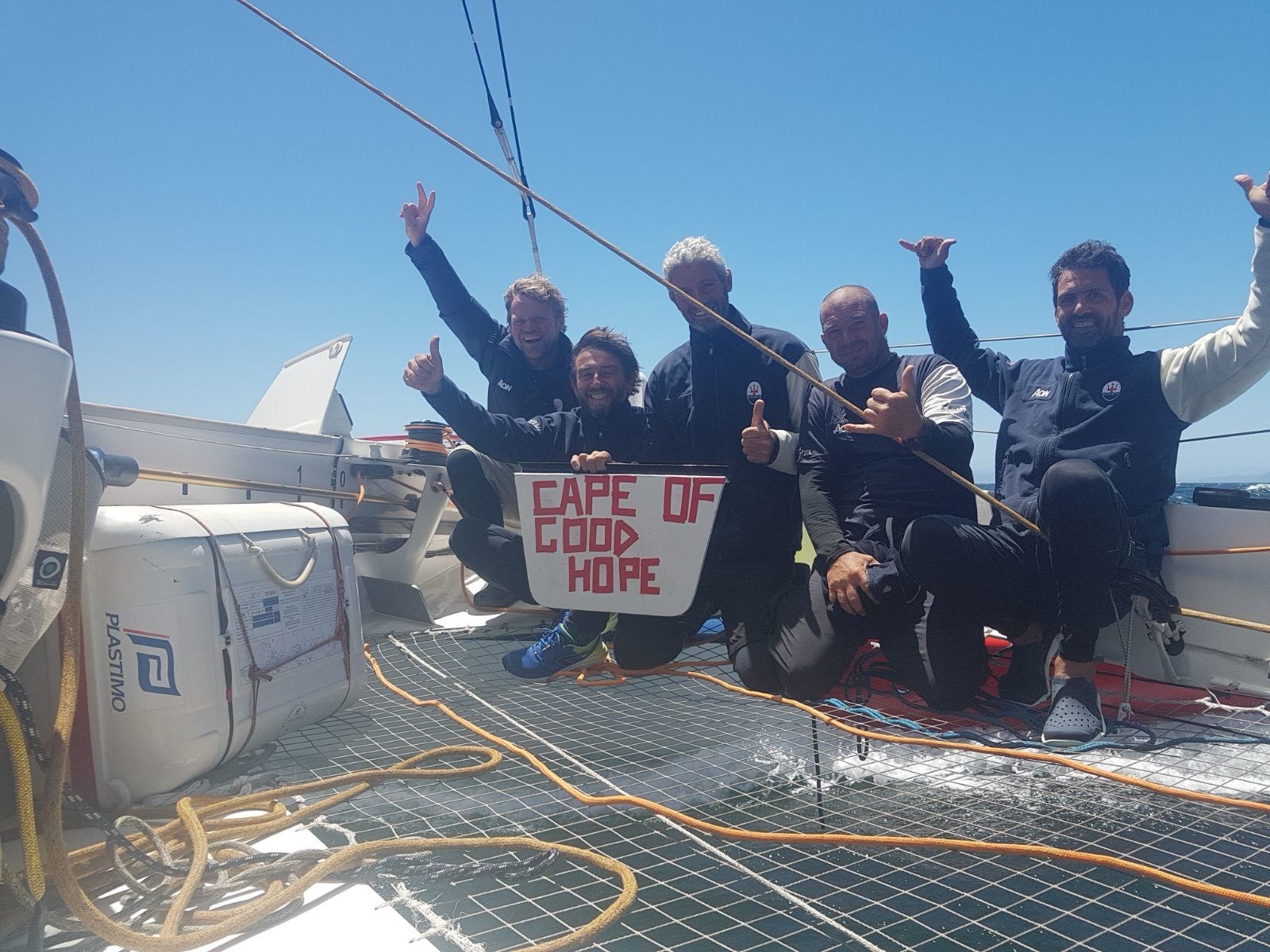 The Maserati crew celebrates passing the Cape of Good Hope.

The arrival in South Africa happened a few hours earlier, at dawn, following a night spent fighting light winds, near Cape Agulhas, the southernmost tip of the African continent that by geographical point that marks the border between the Indian and Atlantic oceans. Just after they rounded Cape Agulhas, Giovanni Soldini and the other four crew members (Guido Broggi, Sébastien Audigane, Oliver Herrera Perez and Alex Pella) found a favourable wind to round the Cape of Good Hope, marking the halfway point between Hong Kong and London.

“It's a beautiful day, there's sun and wind. We are very happy to get here over half way in only sixteen days. Excellent average speeds, excellent navigation, excellent boat, excellent crew. We hope we will go on like this”, said skipper Giovanni Soldini.

In 2008 Lionel Lemonchois and his crew took 21 days to round the Cape of Good Hope.

Now, the South Atlantic crossing has begun: there are 3,000 nautical miles from the Cape of Good Hope to the equator. In the coming days, the weather situation should allow Maserati Multi70 to take advantage of a southerly steady wind to sail fast up to the north off the western coast of Africa and reach the range of southeastern trade winds starting from 20° S.

There are still more than 6,000 nautical miles to reach London.

Maserati Multi70 left Hong Kong on Thursday 18 January, to beat the record set in 2008 by Lionel Lemonchois on board the 100 footer maxi catamaran Gitana 13 (41 days, 21 hours and 26 minutes), the 21.20 metre trimaran must cross the finish line under the Queen Elizabeth II bridge on the River Thames before Thursday 1 March.