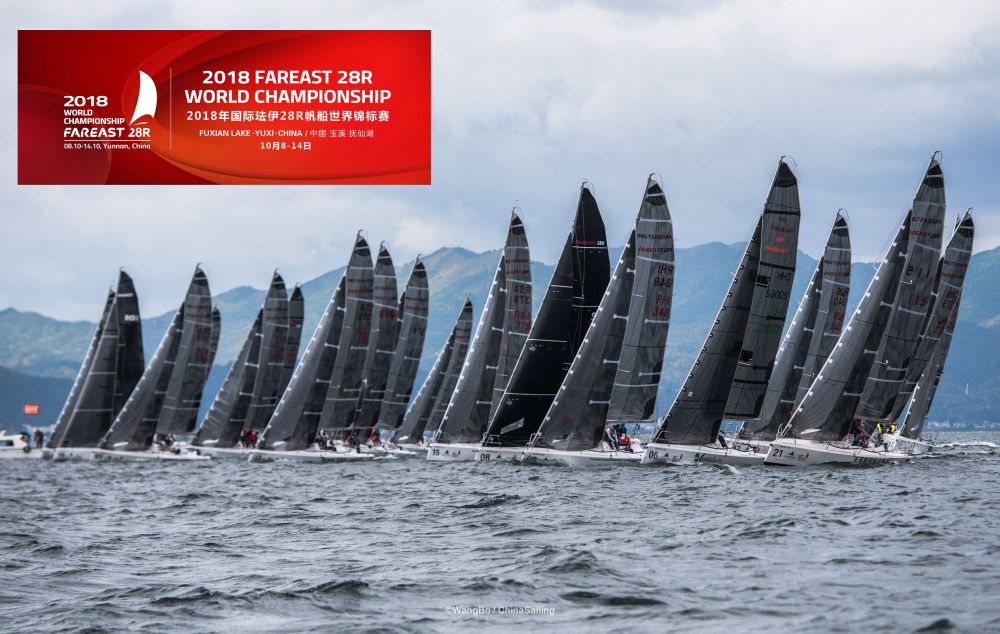 The second FAREAST 28R World Championship came to an end after four days of racing at the beautiful venue of Fuxian Lake, Yunnan, China. Located at 1750m above sea level, this fresh water lake provided some challenging conditions during the 11 races.

The first days started off in light conditions, but during the last two days some nice breeze picked up with gusts up to 20 knots, sunny weather, which turned this second FAREAST 28R World Championship into a success.

With one race to go, it was still an open race, especially between second and third place, Team Standard Insurance (PHI 348) and Wilfersail Racing Team (NED 1), both on 27 points.

But it was Team Magic from South Africa, skippered by Malcolm Hall, that showed everyone how itis done. With 5 wins out of 11, they sailed with big confidence and with only minor errors during the entire championship.