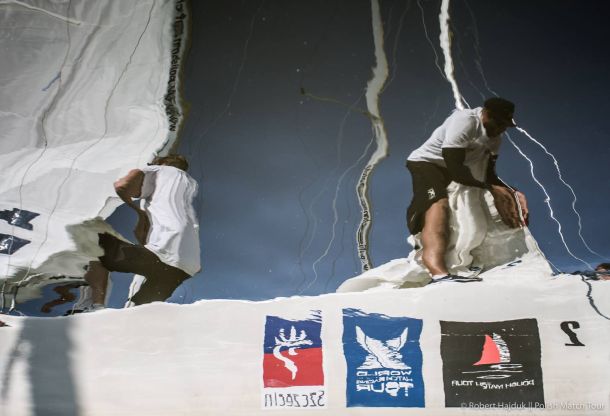 It has been a while since Team Gilmour has been out on the water match racing, but we are excited to be in West Poland this weekend for the Dziwnow Match Race. David has been super busy with his 49er campaign and has brought Rhys (his 49er sailing partner) along this week to join TG.

We also welcome aboard Jakob Wilson from Sweden as our tactician who has been doing some match racing with his own Team Rost and some M32 sailing. Pete Nicholas the lynch pin of this team has been busy sailing with the RC44 events and Stena Match Cup Sweden but is still up on the bow doing his thing.

We will be sailing the Tom 28 class this week which we are familiar with from sailing in events at the Chicago Match Race Centre. The venue will be interesting, with the current plan to sail on the river/estuary to the South of Dziwnow town. A tight space with a number of obstruction will make the racing close and exciting.

We had a productive training session this afternoon and are looking forward to getting stuck into the round robin tomorrow morning.

The event is an ISAF Grade 2 event and also a qualifier for the WMRT, Sopot Match Race. The format is a single round robin, quarter finals, semi finals and finals. The top team from the round robin progresses straight to the semi finals, while 2nd to 7th have to battle for their spot in the semi final. Every race counts!