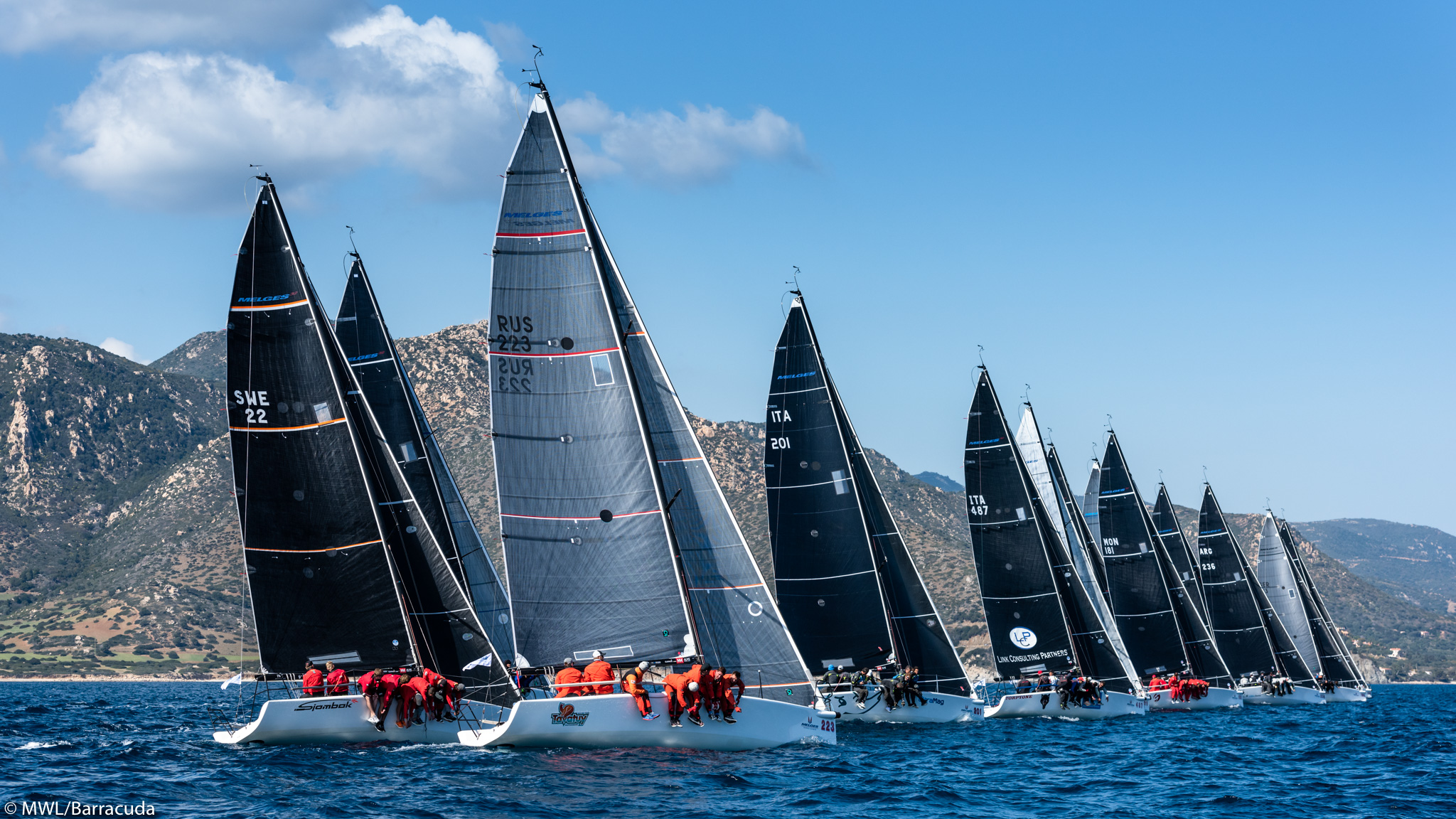 Villasimius, Cagliari: The Melges 32 World League 2019 season has officially started today in a sunny Villasimius with two races sailed in light-wind, suited to the talents of team Donino helmed by Luigi Giannattasio.

Giannattasio’s crew includes Manuel Weiller, Sebastian Col and Federico Michetti, who got the boat up to speed in 6 to 10 knots on Day 1.

Caipirinha, helmed by Martin Reintjes, is another team that can certainly smile for having started the first event on the right foot. This steadily growing team from last season has an experienced afterguard in Gabriele Benussi and Alberto Bolzan. Reintjes and his team finished sixth in the first race, but ramped up to a bullet in the second one.

The competition starts again tomorrow at 12.00 in Villasimius.