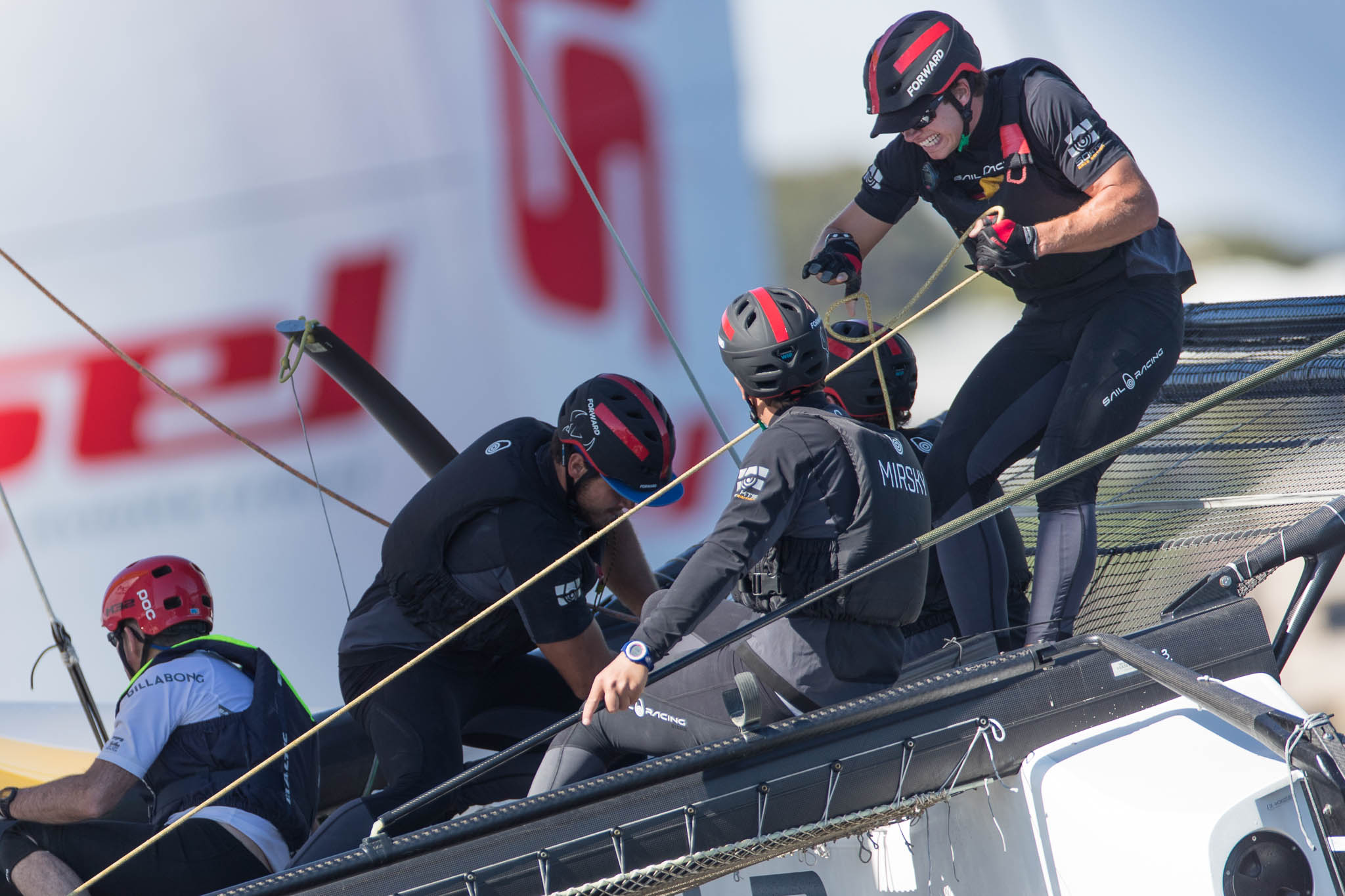 Perth, Australia (March 20th, 2017) – In front of a packed lawn at the Royal Freshwater Bay Yacht Club, Taylor Canfield and his US One team are the standout performers of Qualifying Session 1 of Match Cup Australia. This is the first event of the 2017 World Match Racing Tour. Canfield, from the US Virgin Islands, chalked up three wins and a second place to dominate his group.

“It was a lot of fun,” he commented, “it’s been a while since we’ve been match racing or fleet racing these boats. Today was a little bit experimental with a new team, and it was good to get out there and mix it up with some other boats.” Though he admitted it is a bit early in the event to be reading too much into the results.

The Swan River’s Freshwater Bay sparkled in the sunshine through the morning, with a good easterly breeze making for a great spectacle in the early races. While Canfield was showing that he’s lost nothing in the off season.

Also at the top of the scoreboard in their respective groups of six teams were Kiwi Chris Steele in Group 1, and Frenchman Yann Guichard in group three.

Steele and his 36 Below Racing team also scored three first places, with a third place their other score, but they were penalized a further point for a collision. As a measure of the aggressive tactics on the racecourse, a number of penalty points were issued, with local wild card entry Matt Jerwood receiving two.

Group 3 produced the closest result of the day, which had the crowds on the edge of their seats, with Guichard and his Spindrift Racing team just one point ahead of joint second place held by Ian Williams, GAC Pindar and Torvar Mirsky. By the time group three got on the race course the wind had become light and shifty, which really challenged the teams.

Yann Guichard and the Spindrift Racing team probably have more multi-hull experience than any of the other teams, both in round the world multi-hulls, and super lightweight ones they sail on the Swiss lakes in summer.

Torvar Mirsky, one of the local skippers, said he was very happy with his results, “after four years away from the Tour, and new boats, we’re really happy to be in equal second place, and just one point off the lead.”

The event is being hosted by the Royal Freshwater Bay Yacht Club, which provides a magnificent venue, with a raised position that looks down on the racecourse, making their lawns a great grandstand.