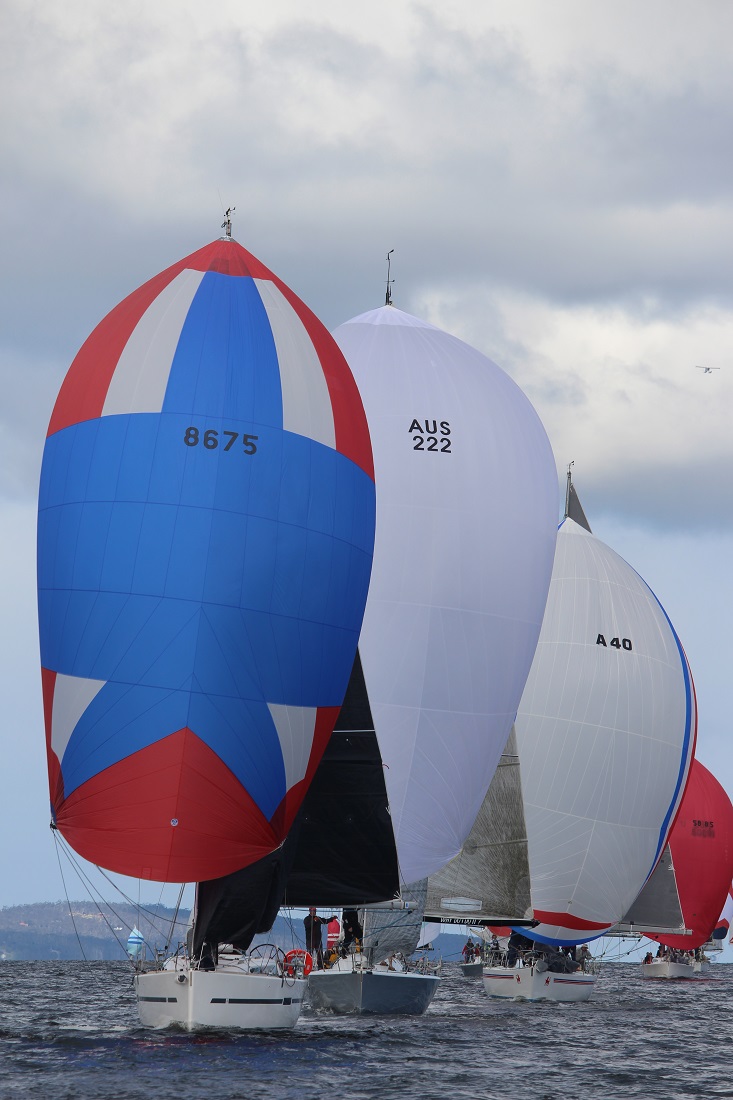 The final race of Hobart’s major summer yachting series, the Combined Clubs Summer Pennant scheduled for today week, Saturday, 28 March, has been cancelled because of the COVID-19 virus spread.

Pennants winners will now be decided on eight races, the eighth being held last Saturday.

Also cancelled is the traditional end-of-season regatta and social gathering on Bruny Island, the Barnes Bay Regatta scheduled for Saturday, 4 April, and the Wednesday Midweek Series 3.

“Kingborough Boating Club committee has decided that it was prudent and appropriate to cancel the Barnes Bay Regatta,” Commodore Peter Williams said yesterday. It was a sentiment echoed by Commodore Tracy Matthews of the Royal Yacht Club of Tasmania.

Derwent Sailing Squadron has also cancelled all racing on the river until at least 30 April, which includes the first two races in its popular Autumn Short-Handed Series.

The closest pointscore was in Division 2 AMS, in which Mark Ballard’s Frontline beat Ian Stewart’s Southern Swordfish by one point over eight races with one discard.