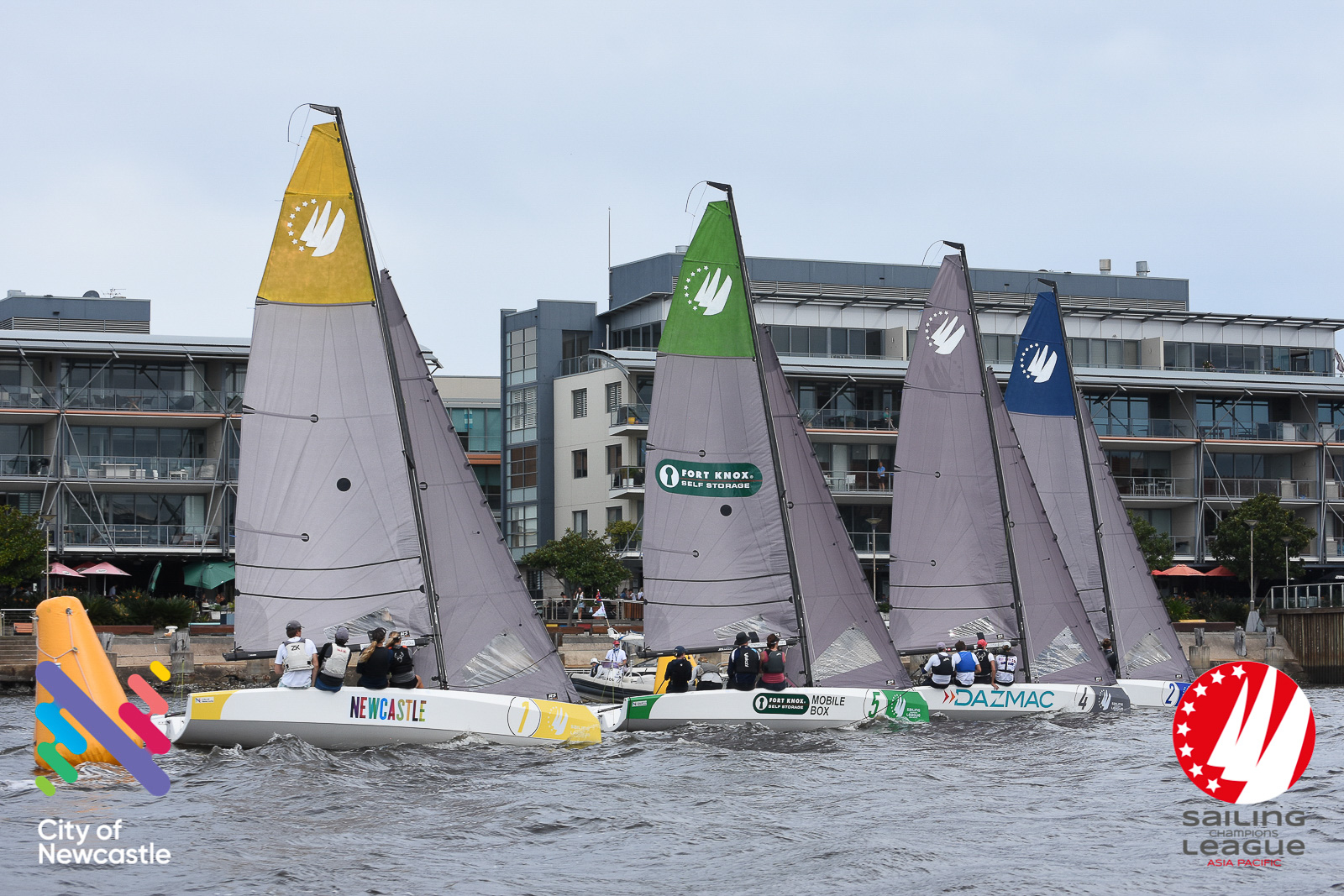 Ten sailing teams from around Australia enjoyed a late burst of summer as part of a huge weekend of watersports hosted by the City of Newcastle.

The Sailing Champions League Asia Pacific Final opened Newcastle Cruising Yacht Club’s annual SailFest event with a massive tally of 24 races rolled out in the harbour, while at Mereweather beach, the Rip Curl Newcastle Cup continued on a 30 degree day.

Leading the pointscore after day one is the Royal Yacht Club of Tasmania team of skipper Sam King and crew Chloe Fisher, Alice Buchanan and Charlie Zeeman, winners of the SCL Asia Pacific Southern Qualifier at Mornington Yacht Club in Victoria in February.

The Royal Sydney Yacht Squadron’s youth team, led by Jed Cruickshank, is two points off poll position. The skipper admits: “We’ve brought a cracker team and our day one success is absolutely down to the crew work – they made fantastic decisions reading the wind on the water.

“The venue is pretty cool. I really like watching the racing off the Honeysuckle Hotel verandah and I’m really enjoying the short course format. The Northern Qualifier was blown out a couple of weeks ago, so this is really our first time sailing these boats (RS21s).”

Sailors coped easily in warm and light westerly winds, the odd puff up to 14 knots on day one of the three-day final series. Tidal influence, the occasional floating log from recent floods and the exceptional fleet racing talent on show were more challenging.

Marcus Livingstone, skipper of the Australian Defence Force Academy Sailing Association team from the ACT said, “It’s the first time we’ve come together as a team. We are all at ADFA and we normally sail Lasers, Tasers and Envys on Lake Burley Griffin, which is a little like the Newcastle Basin in that the breeze comes from all directions.”

On the League’s round-robin format and fast team changeovers Livingstone added, “I really like it; if you have a bad race, you just wipe it away and go again. Today we went pretty well for our first time in the boat.”

Today (Saturday) promises light to moderate westerly winds before a change on Sunday delivers competitors’ stronger breeze; 20 knots plus out of the west looking likely.

By Sunday afternoon, the best sailing clubs in three divisions – open, women’s and youth (under 22) – will be declared. The action will be broadcast live from midday at www.facebook.com/SCLAsiaPacific

For more information about the Sailing Champions League – Asia Pacific, and results: http://www.sailing-championsleague.asia