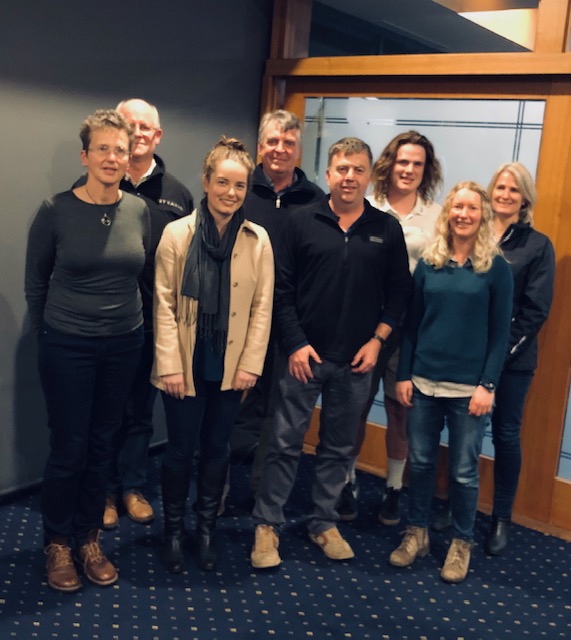 Sam’s award headed a long list of Tasmanians recognised by Australian Sailing – Tasmania for their outstanding contributions to the sport as senior and youth competitors, coaches, race officials, volunteers and professional administrators announced at the Royal Yacht Club of Tasmania last evening.

Philosopher also won IRC Division 3 of the Australian Yachting Championships on Port Phillip in January and Sam was a member of the winning crew in the SB20 Australian championship.

The Tasmanian Female Sailor of the Year is Dr Jessie Andrewartha, a member of Wynyard Yacht Club and the Royal Yacht Club of Tasmania, who earlier this year finished first female skipper in the World championship for the International Mirror class.

Sargent, named as the winner, has had an outstanding range of national and international racing successes over the past year, from winning the Australian Schools Match Racing Championships to the Tasmanian Laser Championship and the Laser bronze medal at the recent Pacific Games.

Offshore Sailor of the Year is Phillip Turner, owner of Alive, the overall winner of the 2018 Rolex Sydney Hobart Yacht Race and more recently, a number of major events on the USA California coast.

Wynyard Yacht Club, based in the Inglis River on Tasmania’s North-West Coast, and its members dominated the Tasmanian Sailing Awards.

In addition to Jessie Atherton’s award, Chris Symonds was named Sailor of the Year with Disability, Mike Darby was Coach of the Year and the WYC as Club of the Year.

To culminate the list, a Lifetime Achievement Award was announced to 100-year-old Wynyard Yacht Club member Richard Lewis who has been an active member since 1965….and who still goes sailing.

Four Tasmanians who represented Australia in sailing at Olympic and Paralympic Games have been honoured as recipients of the prestigious Barrenjoey Pin.

Gary Smith and David Connor, who sailed in the Flying Dutchman class at the 1988 Seoul Olympics, accepted their pins from Australian Sailing executive David Edwards at the Tasmanian Sailing Award ceremony at the Royal Yacht Club of Tasmania on Saturday evening.

The late Peter Atrill, who competed in the single-handed Finn class at the 1952 Helsinki Olympics, was also honoured, his pin being accepted by Felicity Allison, Commodore of Sandy Bay Sailing Club.

Matt Bugg, who represented Australia at the 2012 London Paralympics and was a medallist at Rio in 2016, will accept his Barrenjoey Pin at a later function on the mainland.

Australian Sailing introduced the Barrenjoey Pin to recognise the legacy and history of Olympic and Paralympic class sailing in Australia.

The Barrenjoey Pin is named after the 5.5 metre yacht Barrenjoey in which Bill Northam and his crew won Australia’s first gold medal in Olympic sailing. More than 50 pins have so far been presented to Australian athletes.

They include those who have achieved the Australian Sailing Team standard since the team’s establishment in 2006.
In addition, a uniquely numbered pin to commemorate their achievement is being given to every athlete who has represented Australia prior to 2006 and achieved a top 10 performance at either an Olympic class world sailing championship, an IYRU Women’s world championship or the Olympic or Paralympic Games.

Speaking after accepting his Barrenjoey Pin, Gary Smith recalled his and David Connor’s tough campaign to win selection to represent Australia at the 1988 Seoul Olympics, with the sailing offshore from the South Korea port city of Pusan.
“We had campaigned in Europe but when we contested the trials back in Australia we were virtually unknowns on the FD circuit….we won selection in the final race,” he said.

The Tasmanian crew did not win a medal at Pusan, but they sailed exceptionally well against a fleet of brilliant international sailors. Gary brought along to Saturday evening’s ceremony a framed photo of he and David in action at the Olympics, taken by and presented to them by myself back in 1988. 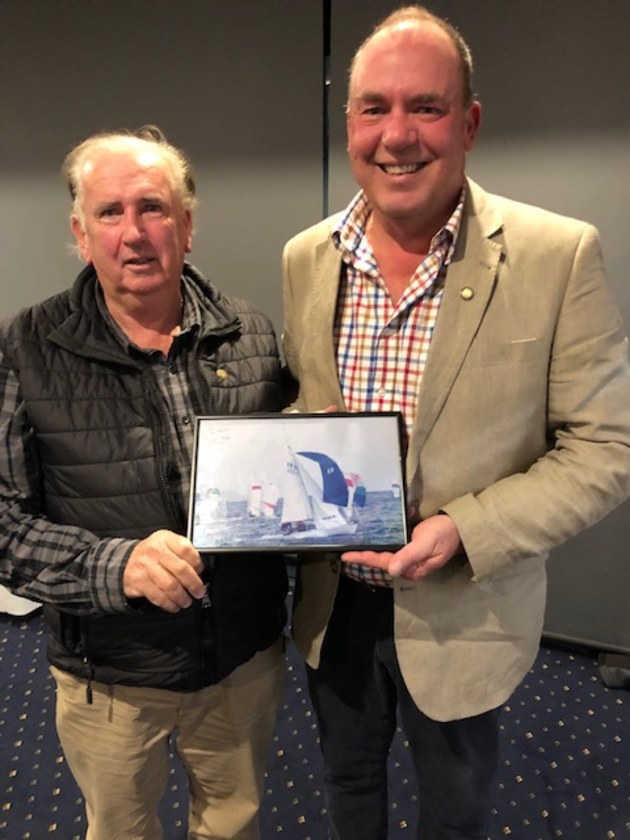