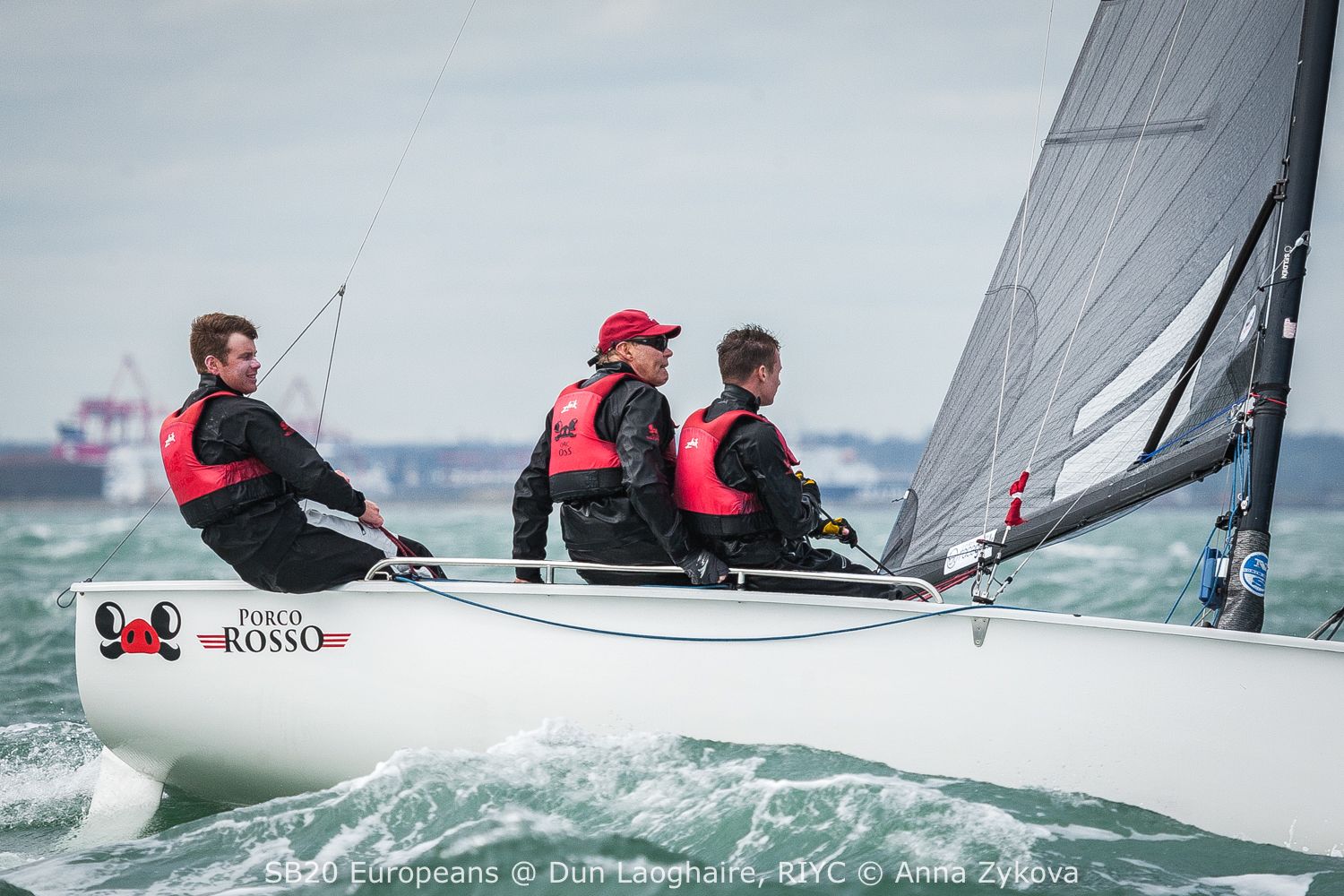 Sailing Porco Rosso, Noye (a builder), McCartney, (an eye surgeon) and Snowball (an engineer) lost the championship to a professional sailing team from Russia after heading the leader-board going into the 10th and final race.

Discard races decided the championship winner, with the second drop coming into effect after the 10th race.

This allowed the Russian boat, Vis Sailing Team, skippered by Artem Basalkin, to discard a 48th (disqualification) and a 33rd for a net score of 27 points.

The Russians had been fourth overall going into the last day of racing, with only one of three scheduled races sailed.

Porco Rosso and the Irish yacht Sin Bin (Michael O’Connor) had been first and second overall, just one point between them, and they sailed tactically to cover each other in race 10, both finishing mid-fleet.

Porco Rosso finished 30th, Sin Bin 39th, and after both used this race as their second discard, they again finished one point apart, the Tasmanians on 46 points, the Irish crew on 47 points.

The Russians finished fourth in the race to give them a net score of 27 points after discarding their 48th and 33rd placings.

In the past two months the Tasmanian crew has contested three SB20 sportsboat regattas in Europe, twice finishing runner-up in Portugal and now in Ireland, where the European championship has been held at the Royal Irish Yacht Club at Dun Laoghaire, Dublin.

Last year, the Porco Rosso team raced in a number of events in the United Kingdom, including the World championships at Cowes on the Isle of Wight.

They finished third in the UK Nationals, second in the SB20 Grand Slam at Cowes, first in SB20s Cowes Week and 13th in the Worlds.

Back in Australia last January, Porco Rosso finished ninth in the 2018 SB20 Worlds on their home waters, Hobart’s River Derwent.