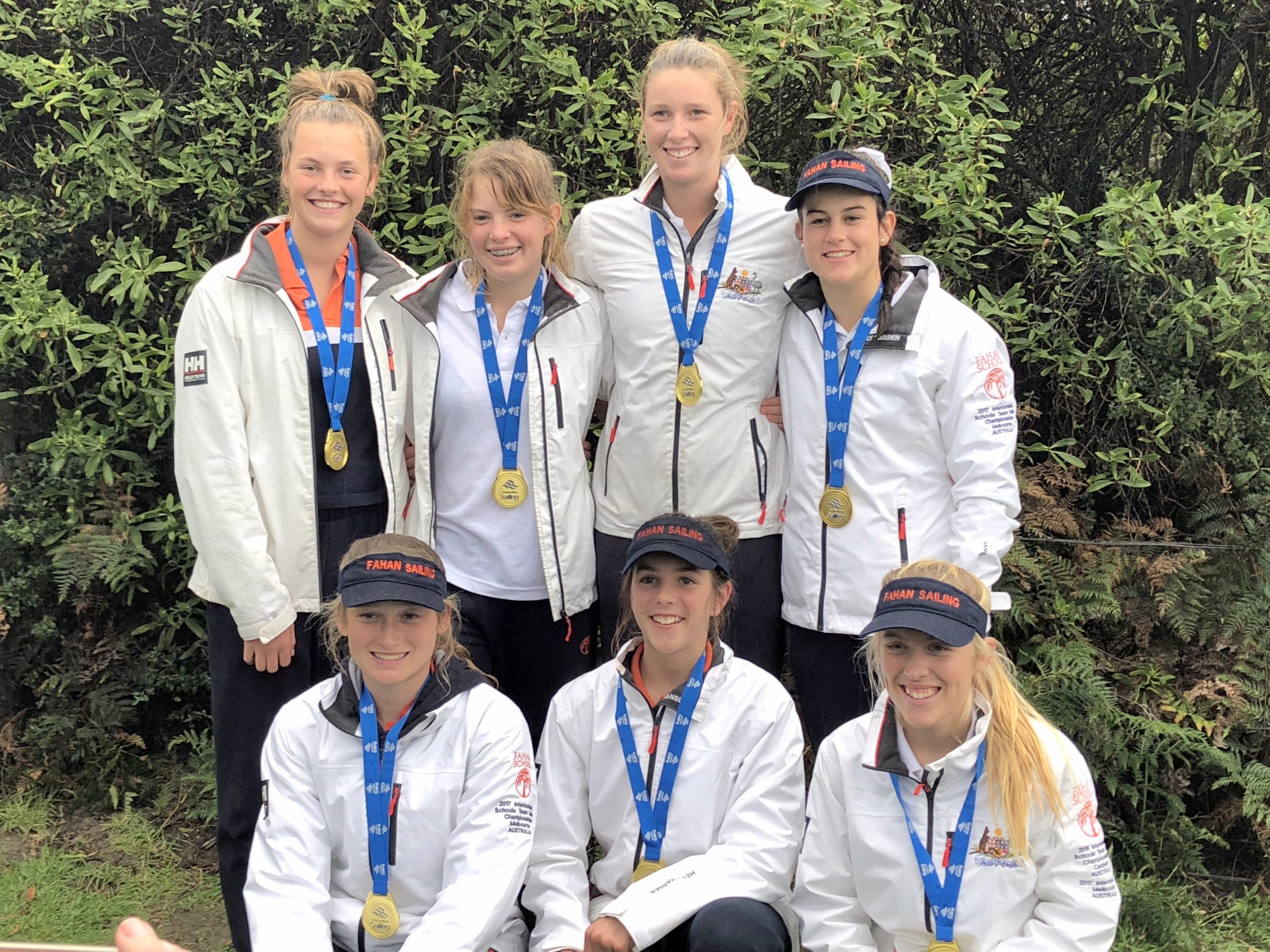 Tasmania’s Taroona High School has qualified to compete in next week’s Australian Schools Teams Racing Championship, the very first interstate high school to do so.

This year’s championship will be held from July 11-15 at Blairgowrie Yacht Squadron on the southern shores of Victoria’s Port Phillip.

The prestigious inter-school event has drawn entries from 26 secondary schools, four from each state; 24 are private schools. All qualified by finishing in the top few in their respective strongly fought state Secondary Schools Team Racing Championships.

In Team Sailing, three boats compete as a team and their individual results are added to find the final winning team, .Races are short, sharp and numerous. Three boats that finish 2, 3 and 5 will beat three that finish 1, 4 and 6. It requires good sailing, a good knowledge of the rules, and some cunning.

In 1994 Tasmania organised one of the first schools team racing championships in Australia with Yachting Tasmania buying seven Puffin Pacers for this initial series.

Over the years private schools, including Hobart’s Hutchins and Friends, have dominate the championship, but this year strong sailing has enabled Taroona High School to qualify for the nationals.

Team Sailing adopts the national model for High Schools; ie, Years 7-12, and this allows Taroona alumni at Hobart Matriculation College to sail for them.

A set of Pacers is stored at Sandy Bay Sailing Club – Australia’s only all children’s sailing club – and inclusive membership arrangements have allowed Taroona students access to these boats, Sandy Bay’s facilities and Australian Sailing’s Silver Card system. It is a win-win-win situation.

Taroona High has a long history of sailing, keeping a school training boat, an International Cadet, at Sandy Bay Sailing club since 1959.

Dave Connor was an Olympian in the Flying Dutchman at Seoul as well as a world and Australian champion and an America’s Cup trimmer; Tim and Paul Burnell have been World International Cadet champions; and Murray Jones is a world renowned yachting umpire.

Even the legendary ‘Eski’ (Craig Escott) attended Taroona High, as did Princess Mary of Denmark, married to a sailing prince and a sometime social sailor herself.

Given that there are about 1500 state high schools in Australia, perhaps Australian Sailing should look at the Taroona model.
Four Tasmanian secondary schools will contest next week’s team racing nationals: Hutchins, Friends, Fahan and Taroona High.