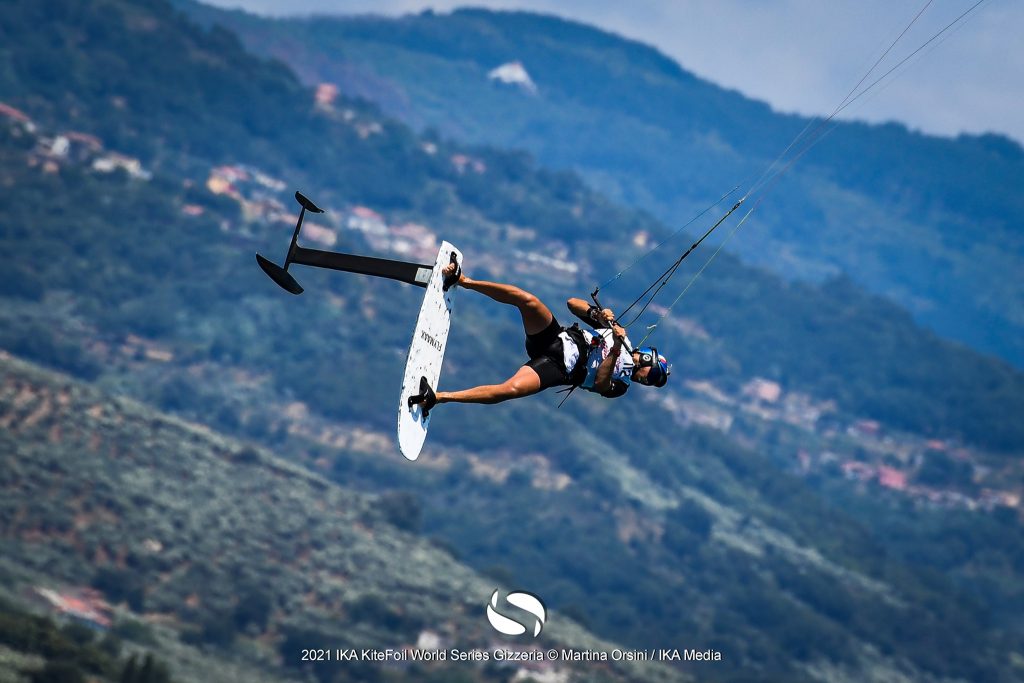 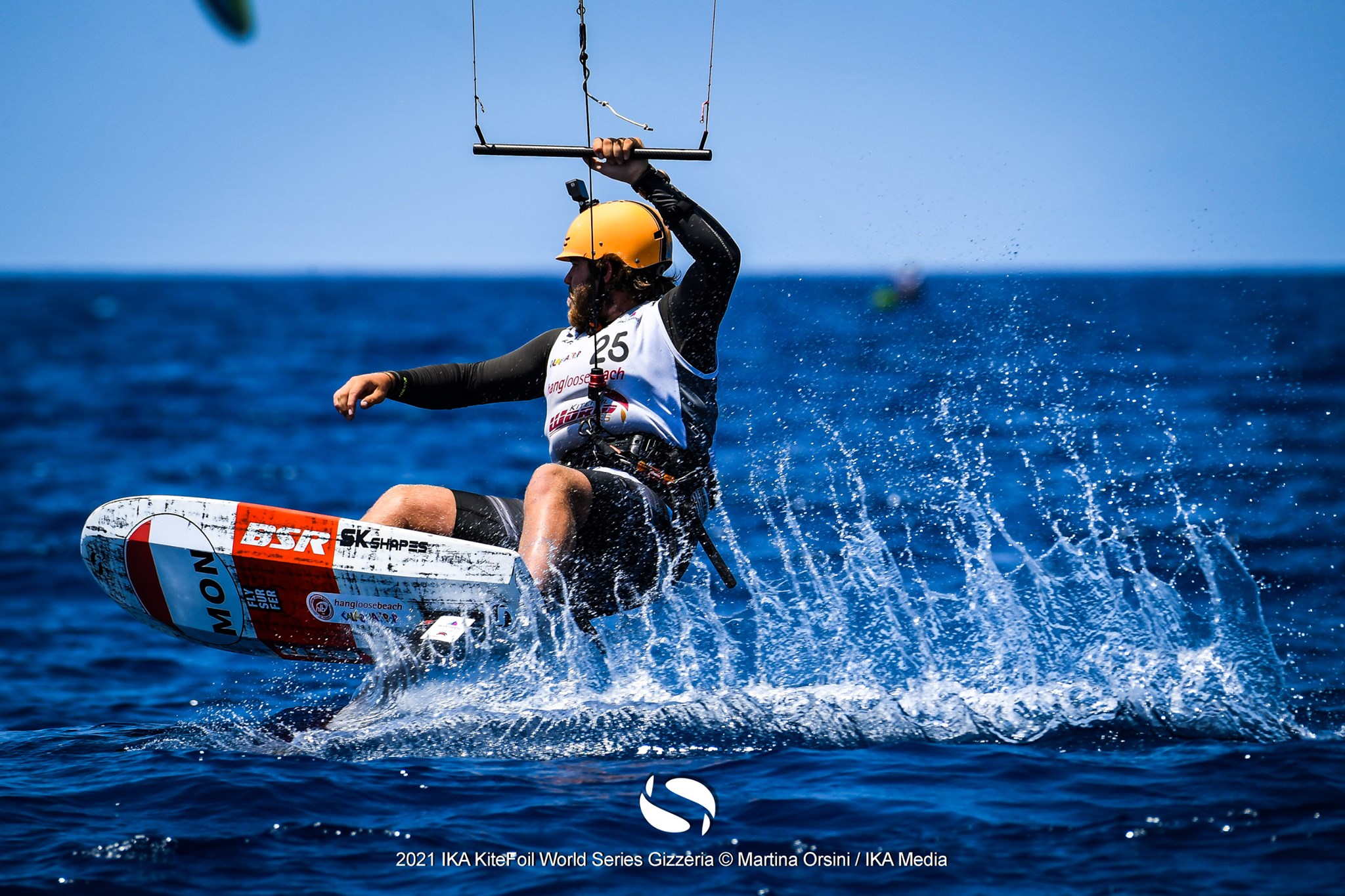 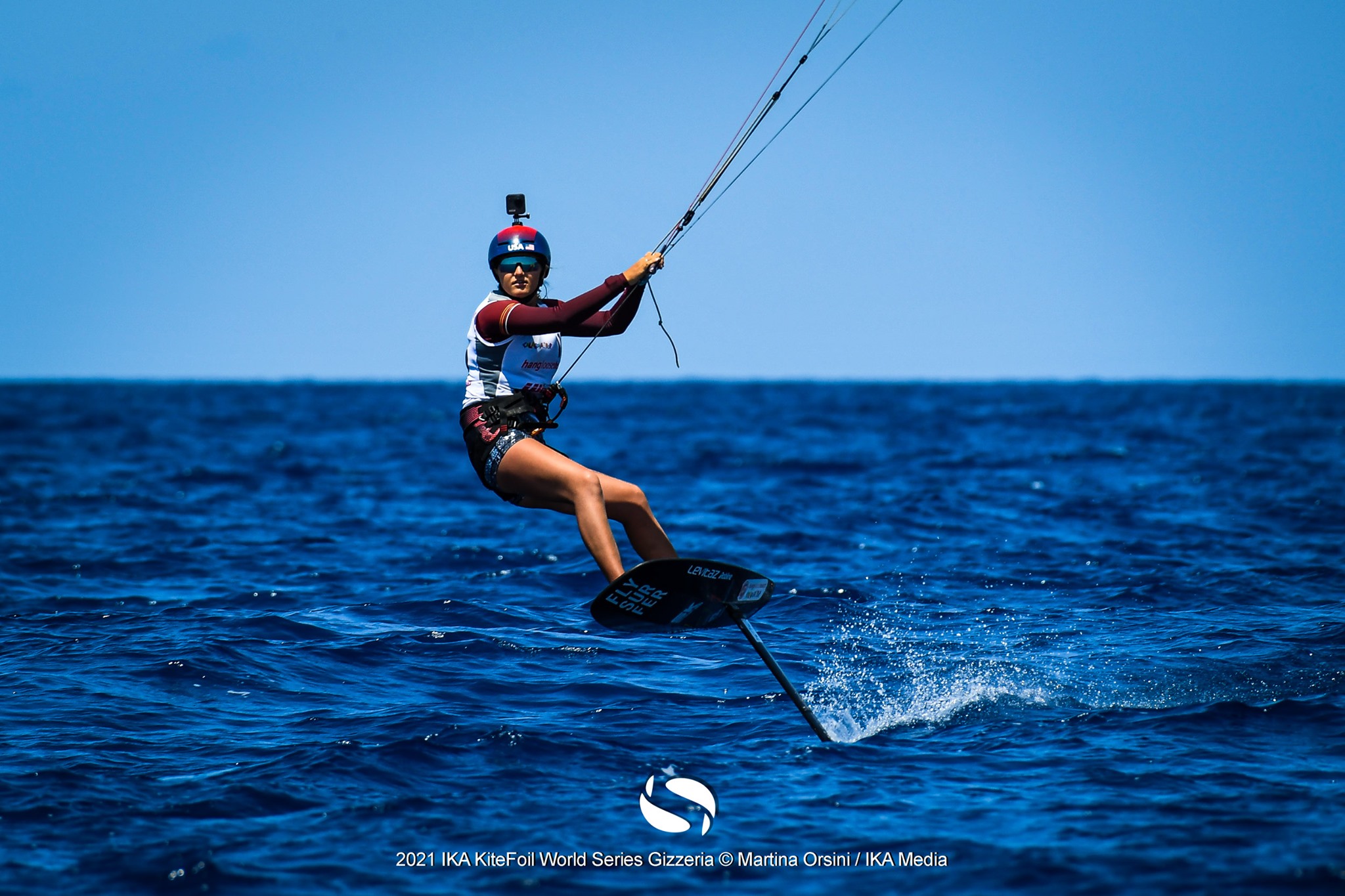 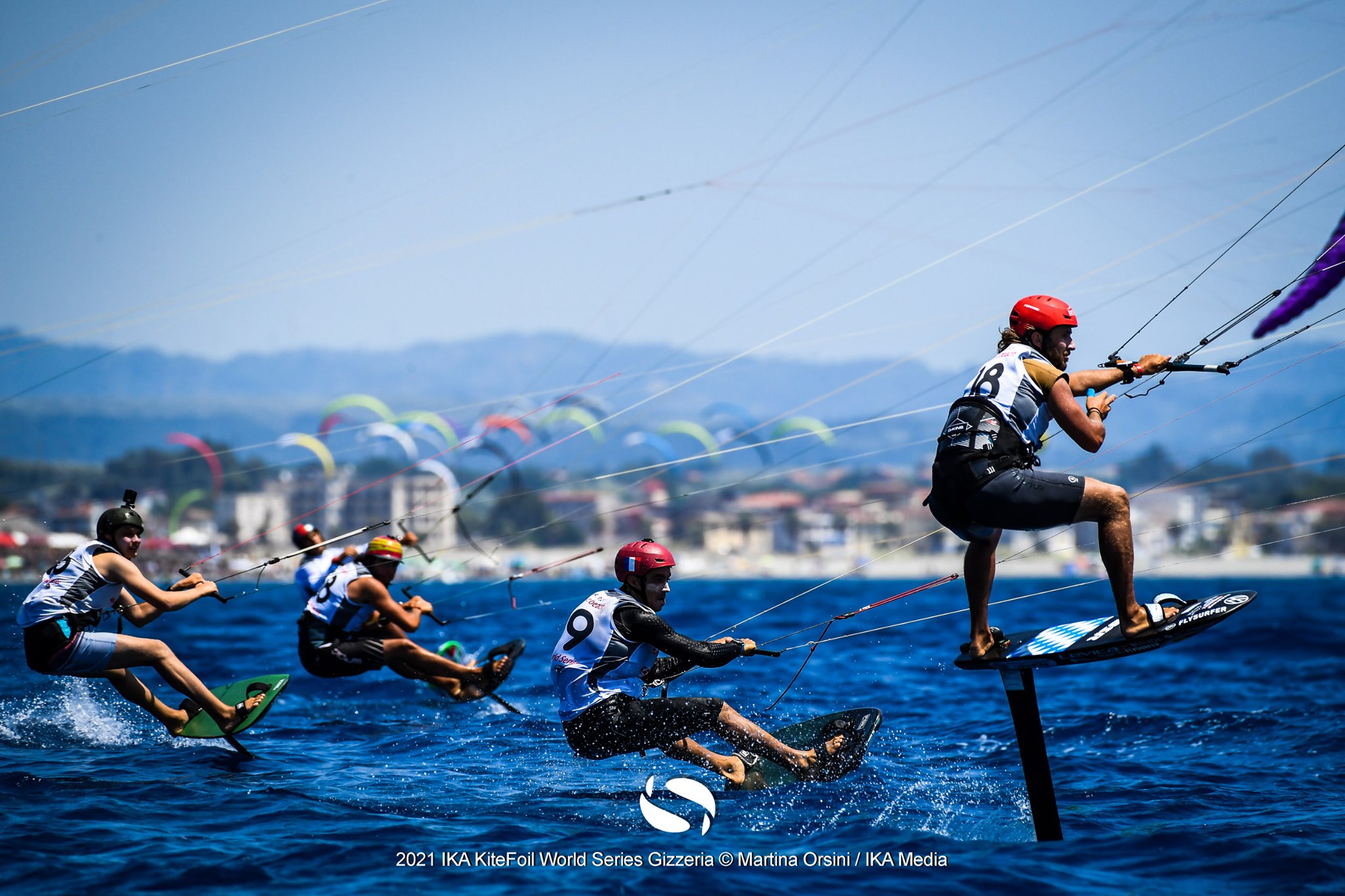 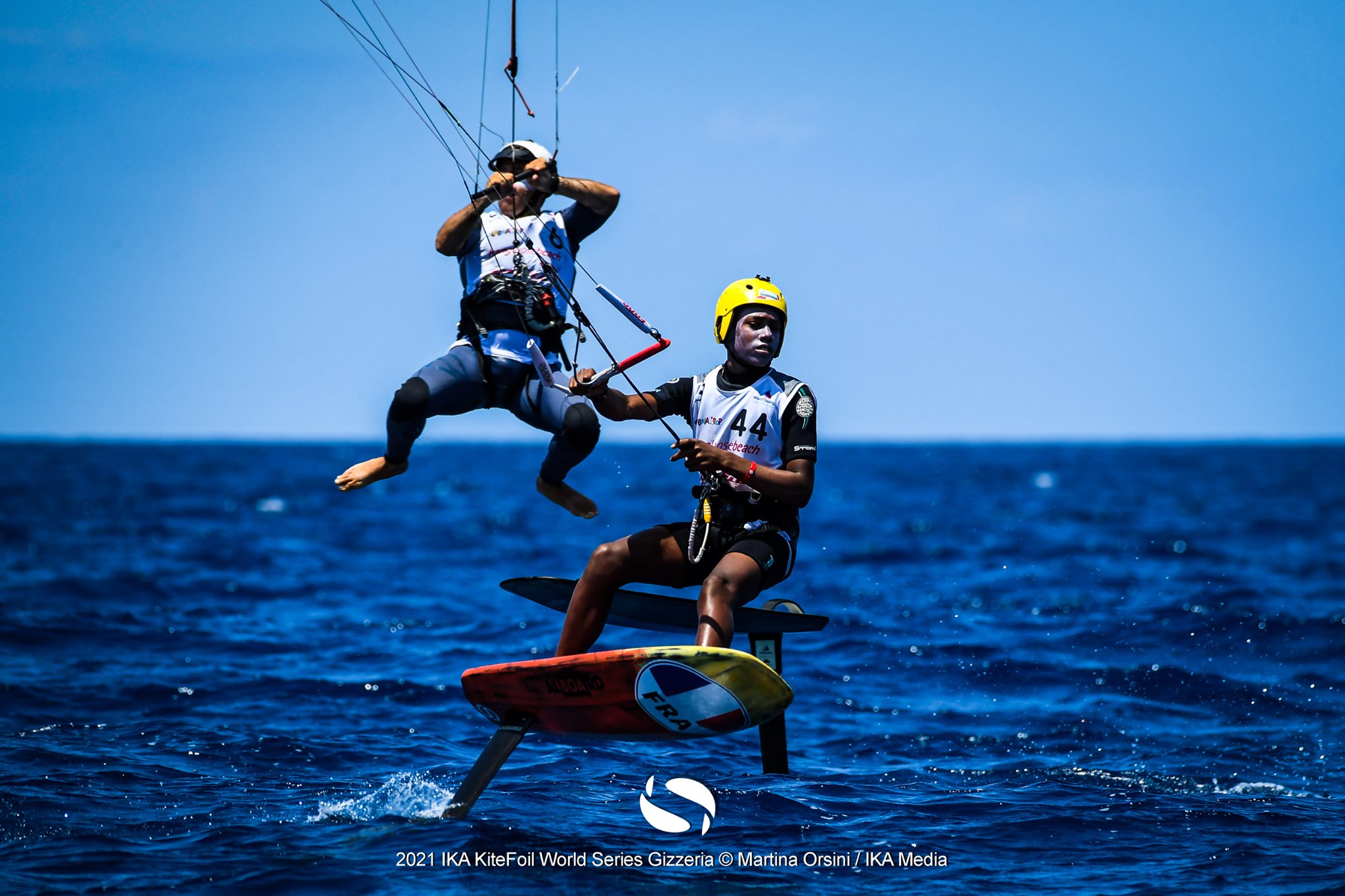 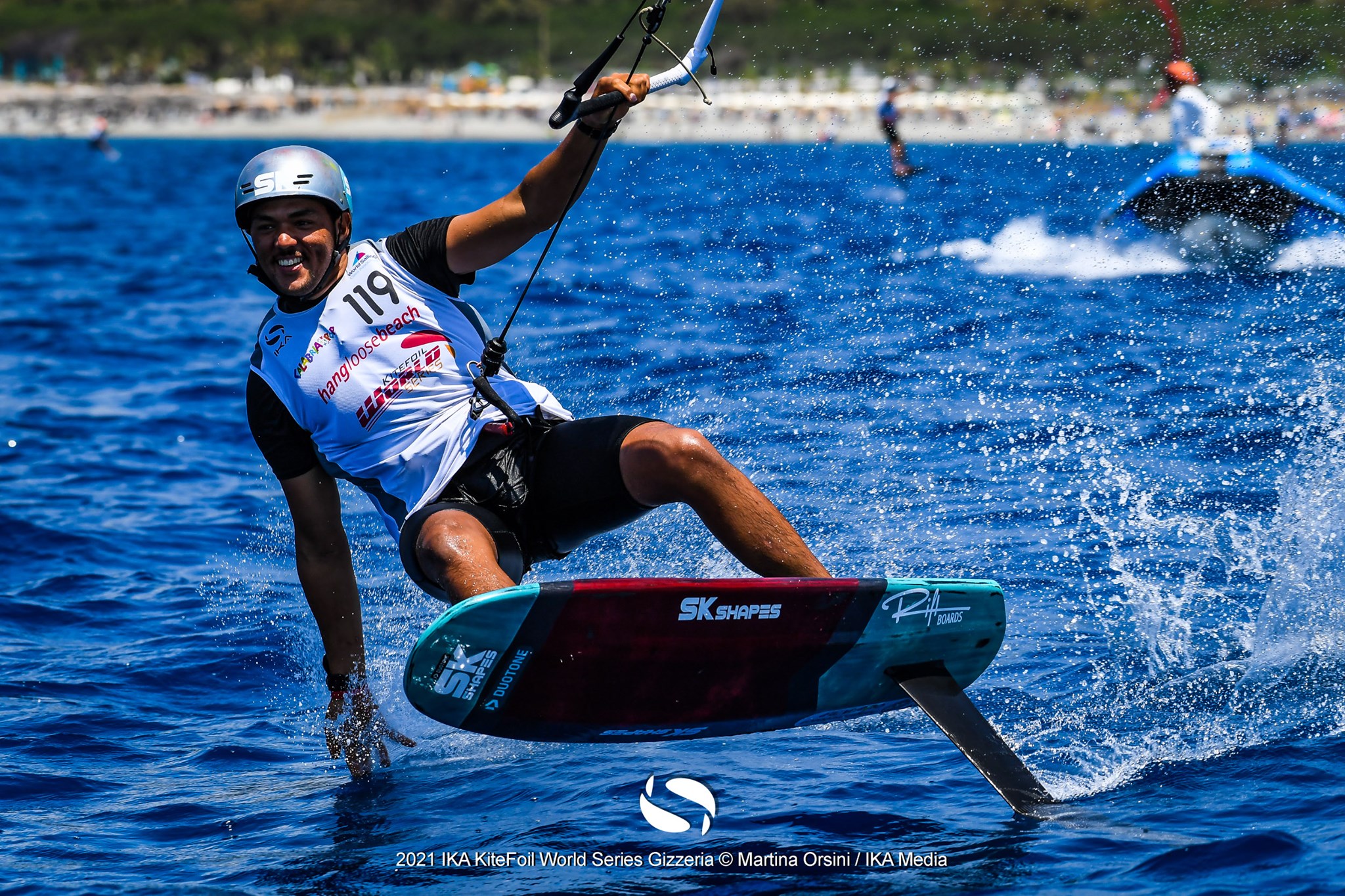 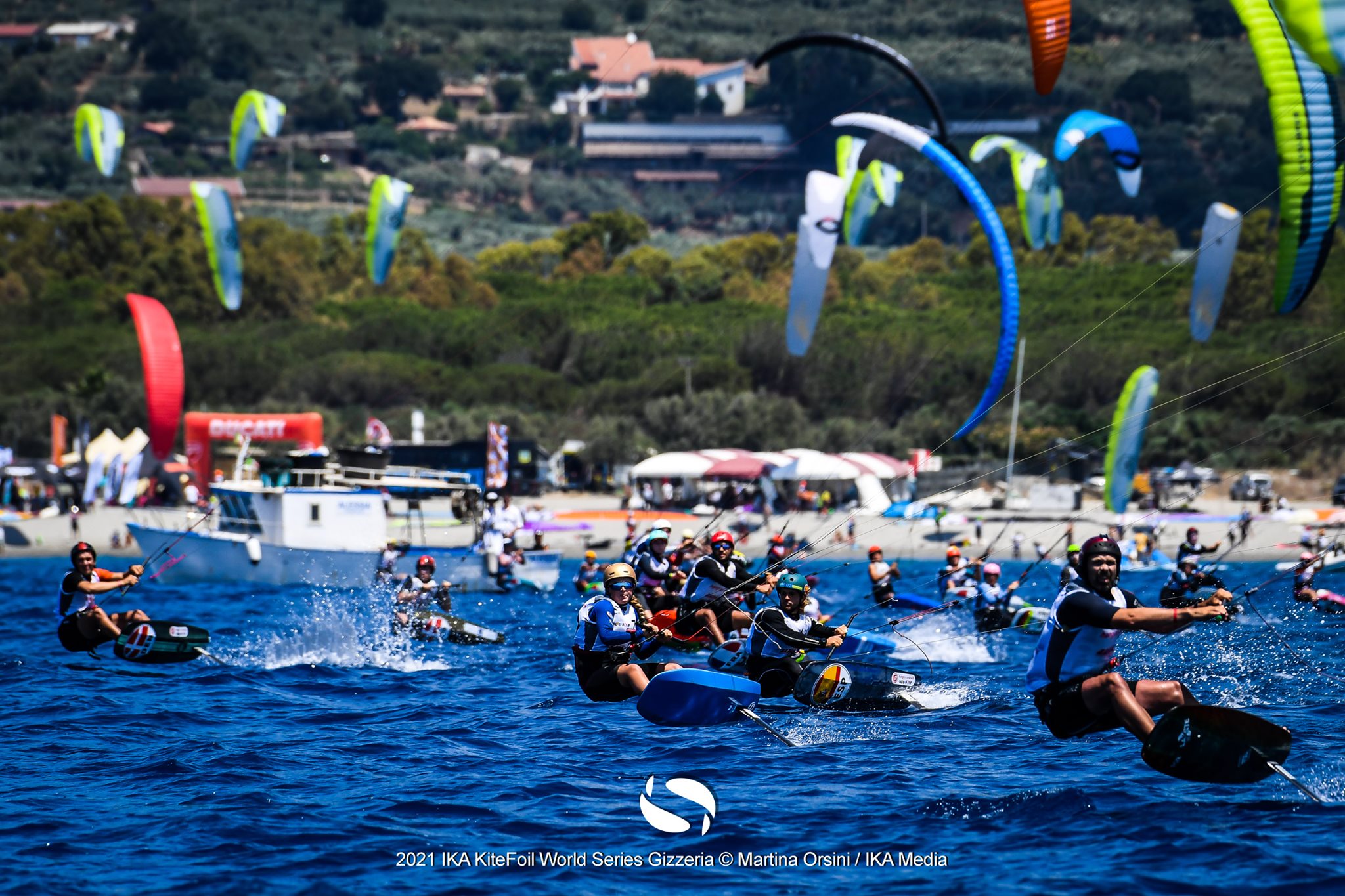 Four days and 17 races later Denis Taradin (RYF) and Daniela Moroz (USA) are the winners of the KiteFoil World Series Gizzeria, Italy, the first of five events of the 2021 season.

Today’s three final races were held with wind around 14 knots, flat sea and great expectations. Taradin and Moroz have both been leading since the early stages of the event. Taradin fought for victory until the very last race with Axel Mazella (FRA) only one point behind him in the final ranking and the winner of today’s second race. Toni Vodisek (SLO) came third overall. This is a big achievement for the Slovenian rider who was forced to a halt for an injury at the end of the 2019 season. Connor Bainbridge (GBR), who was sitting in third place coming into the last day of racing, was early over the start line in the first race, jeopardising his podium chances.

Taradin said, “I am very excited to have won, it is very unexpected. I am happy I performed well with light wind, living in Tarifa, it’s a blessing and a curse, as we always have strong winds, especially in the summer.”

Mazella said, “It started out light, we were on the 19 metre kite, I did a good job on the first race after which I was on a tie for first with Denis, then I won the second and got one point ahead of him before the last race. On the last start there was a tangle with Denis himself, and I guess I could have protested him, but I would never want to win that way, and I think he deserves the win cause he has been a very strong competitor and I am happy for him and for my performance.”

Vodisek said, “I’m happy for my third place, the competition was so much fun, it brought back a lot of memories from two years ago, I haven’t trained much this year and I wasn’t really in the game this week. Congratulations to Denis and Axel, it was a blast.”

Moroz said, “I am super happy, it was super fun, both boys and girls put up a nice fight and made it so much fun. I am happy I managed to take each race at a time, and just kept following the plan even if somethings didn’t go the right way.”

As the curtain falls for this year’ first KiteFoil World Series Act, it opens right away for the Formula Kite U19 Individual Worlds and A’s Youth Foil Worlds starting on Wednesday July 14th right here, in Gizzeria, Italy. The next KiteFoil World Series event will be held in Traunsee, Austria, from September 15th to 19th.