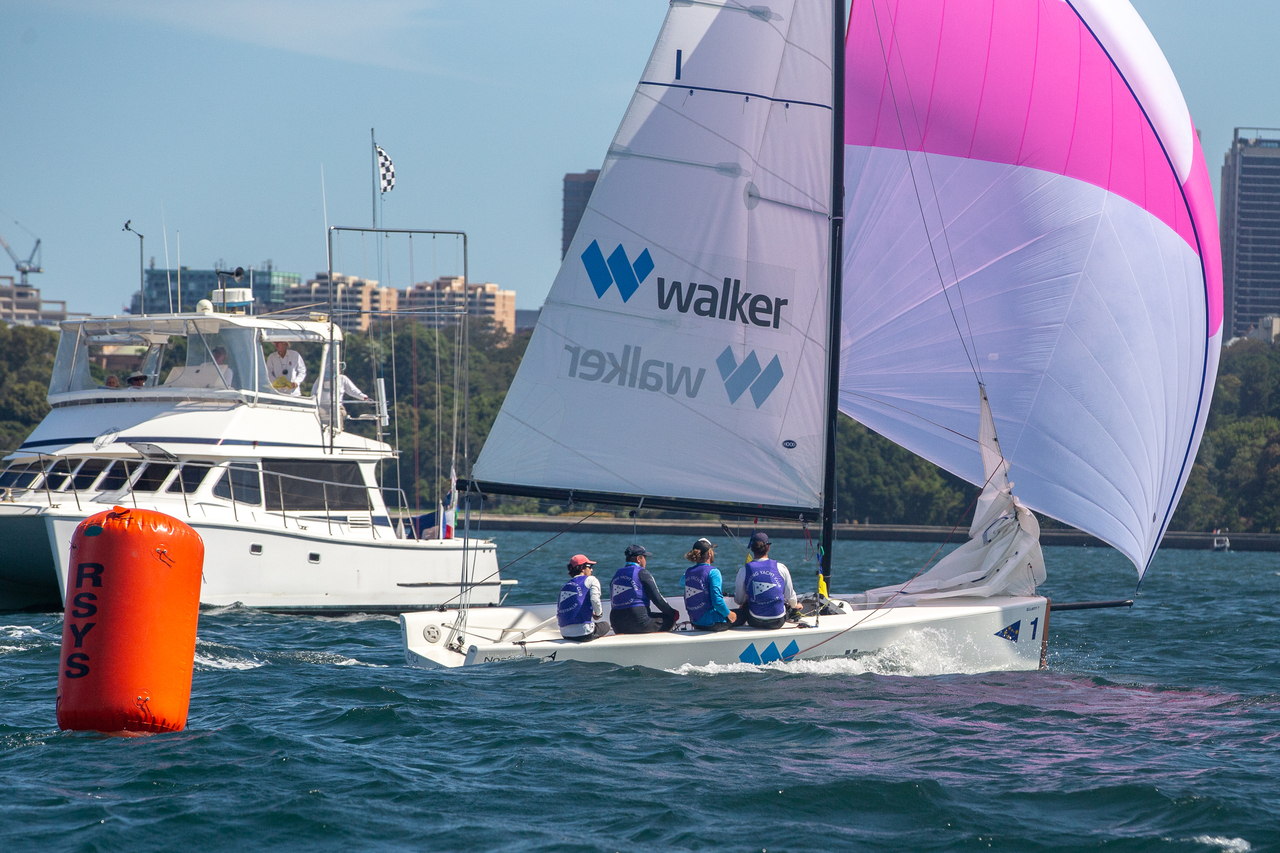 CYCA team with Finn Tapper at the helm.

After a week of tight racing, Finn Tapper of the Cruising Yacht Club of Australia prevailed to win the 2021 Hardy Cup, held at the Royal Sydney Yacht Squadron. Teams gathered at the Squadron to celebrate the week’s racing and Tapper, with teammates Harry Hall, George Richardson and James Hodgson, were in high spirits after receiving the prestigious trophy from event patron Sir James Hardy OBE.

It was smooth sailing for the CYCA team, with a staggering 15 wins after the double round-robin series, followed by three wins over Middle Harbour 16ft Skiff Club’s Harry Lawson in the quarter-finals, demonstrating a sustained and coherent performance over the week.

“The week was about improving our teamwork, boat work and communication; it’s a big step towards our goal of winning the Youth Match Racing World Championship at Balboa Yacht Club (California) in August,” Tapper said. “We really enjoyed racing against skippers who have previously won the Cup, like Ash Rooklyn and Dave Chapman, who are first class sailors,” he added.

For the first time in five years, the Semi Finals were contested by four yacht clubs. In the Petit Final, Rooklyn of VA12SC beat the Squadron’s Jed Cruickshank. It was a closely wrestled contest featuring intense pre-start battles, strategic gybe duels for the best pressure, and tight mark roundings. Strong nor-easterly conditions made for fast racing and a masterclass for spectators in efficient kite hoisting, which tested umpires’ reaction times.

RSYS Captain Karyn Gojnich said, “This year’s event wouldn’t have been possible without the commitment and dedication of our volunteer race committee, the umpires and the wider club membership that helped by providing support vessels. It’s been a wonderful week to bring our community together after the recent hiatus in sailing activity.”

The Squadron looks forward to welcoming back teams next year for the 2022 Hardy Cup, due to be held 6-10 February.