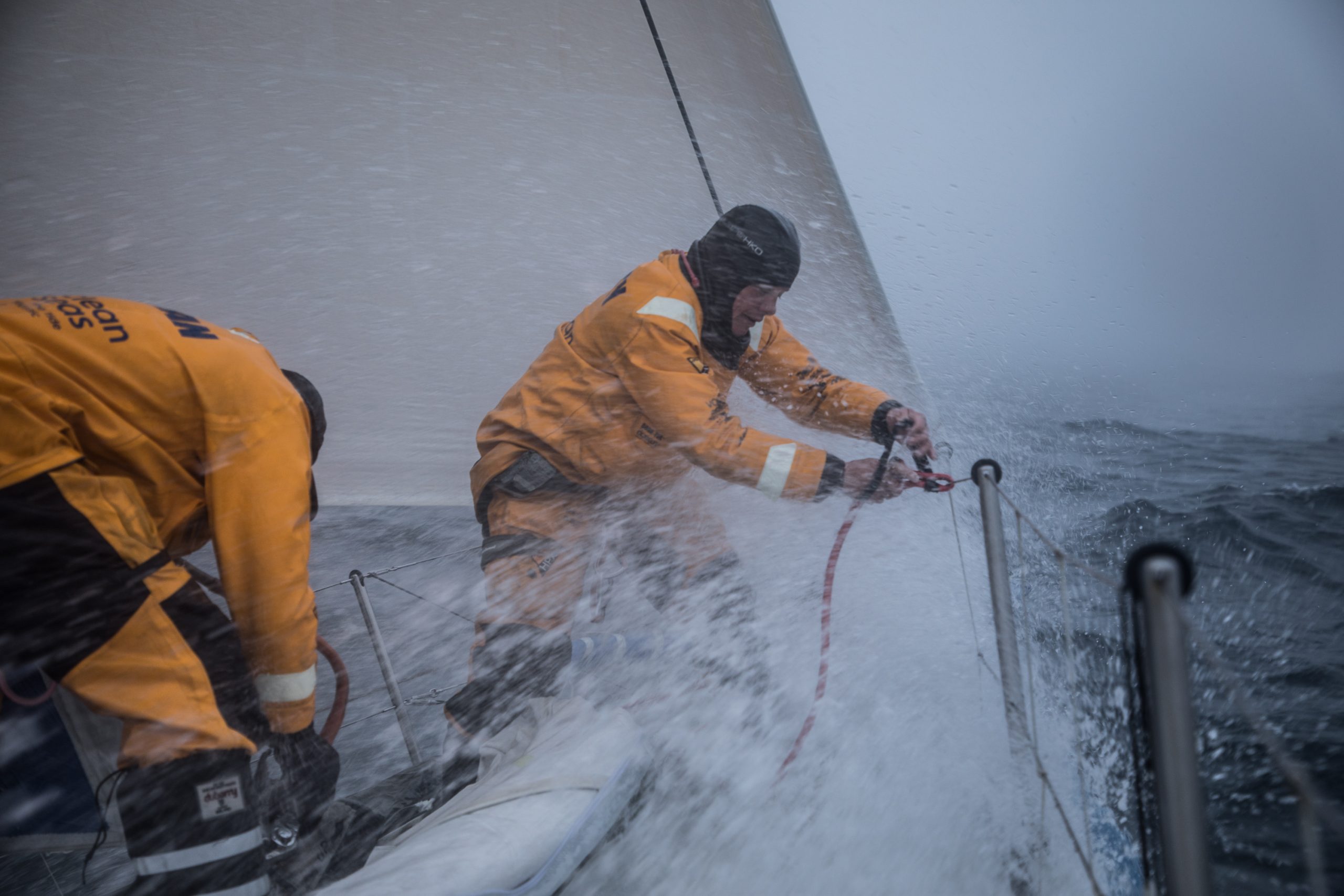 A split has already developed, with Dongfeng gybing to the north just before 1300 UTC yesterday while MAPFRE continues with the bulk of the fleet charging out to the southeast.

It was a foggy first night at sea with Liz Wardley on Turn the Tide on Plastic tweeting on Monday morning: “The first time since leaving Newport that we've been able to see more than 50 metres with the fog! Crazy first night out, but settling in now.”

Her team is the other one to put a gybe in to the north, but for them it was a move born of frustration, while trailing the fleet in the early stages.

“The sad news was we had to be the first to gybe as the shift in wind direction came with the trough of low pressure,” wrote skipper Dee Caffari. “So now we are sailing on port in lighter winds making progress to the corner of the ice exclusion zone off Newfoundland. A short leg and we do not have much leeway to not be on the pace of the others.”

But the intrigue remains at the front of the fleet, where the top three on the overall leaderboard are also vying for the early lead into Cardiff. Charles Caudrelier’s Dongfeng Race Team has had their game face on since the start, and is setting an impressive pace in the early going and being the first of the leading group to gybe north.

Team Brunel, the leader out of Newport, has fallen back slightly on a leg that skipper Bouwe Bekking has deemed a ‘must win’ if the team is to remain a contender for outright victory in The Hague.

Meanwhile, overall race leader MAPRE is leading the charge of the boats still heading southeast. “We are happy to be back racing and so far we are doing quite well,” said Pablo Arrarte from on board MAPFRE this morning. “Speed wise we are ok, so we just have to concentrate and not make bad decisions.

Dongfeng seem to have good speed and did a great job last night. They are a few miles ahead, but there is a long way to go. Soon we will have to gybe and that is the key moment, and hopefully we can catch some miles.”

The current ETA for the boats arriving in Cardiff is overnight on May 28/29.