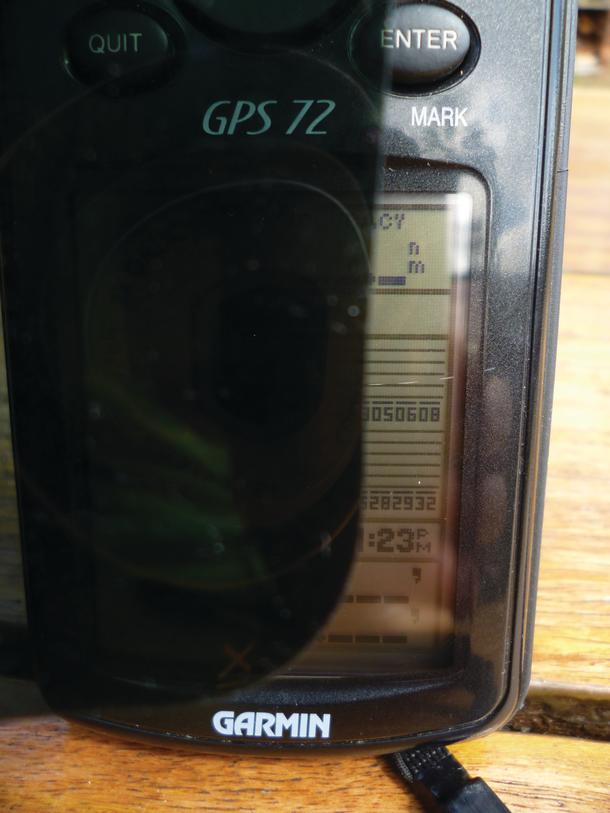 We have all had the experience of walking from bright daylight into a dark room. Initially we cannot see a thing, then slowly the room appears to brighten as our eyes adapt to the reduced light.

This happened to me many years ago when I was late for the feature film and had to find my seat in the dark. After walking in from the mid-summer daylight I stumbled into a row of seats and became momentarily close to one of the seated patrons. She was not amused and, when I regained my dull-light vision, discovered her male friend was equally unimpressed.

This was the first time I had to really think about my loss of vision when coming in from the light and just how long it took before I could clearly see.

Depending on the differences in the relative light intensities it can actually take up to an hour for this change to fully take effect.

Many years later, when taking part in cave exploration, we would sit in the dark after entering the cave and wait several minutes before turning on our headlights. This helped our eyes to adapt more quickly to the low light.

The iris, the black bit in the middle of our eyeball, needs to adjust to the light levels. In bright light the iris diameter, the aperture, reduces in size to limit the amount of light reaching the retina, the light sensitive part at the back of our eye that contains the nerves to the brain. In low light it widens
to allow more light onto the retina.

The second effect involves the cells in our eye. In our retinas we have light sensitive cells: cones and rods, which feed information to our brain through the optic nerve.

Cone cells work best in relatively bright light and are responsible for our colour vision; however they do not perform at their best in low light. Rod cells work
well in dim light and are more sensitive in detecting movement; they are less involved in seeing colour. The adaptation from light to dark can take from 30 to 60 minutes; the transition from dark to light happens in much less time, typically 5 minutes.
Of course as we age these transitions take longer than when we were younger.

Despite our eyes remarkable flexibility, we can help them adjust to this change by wearing sunglasses during daytime; especially out to sea where we have both the direct sunlight plus the reflections off the deck and water. As daylight fades our eyes will naturally adapt to the lower light levels so that by night time we are as well prepared as possible.

Once the sun has set we now need to retain our night vision, which can be destroyed rapidly by looking into any bright lights irrespective of colour. The current most popular method is to equip our internal spaces with low intensity red lights. This has been the solution to the perennial problem of maintaining night vision in boats for a long time. The warships at the Australian Maritime Museum used this technique while they were in active service.

This has been proven to help retain our night vision, however there is recent research suggesting that low level cyan-green light maybe a better alternative since this is the region where rods are most sensitive. It also has the added benefit of retaining the ability we have of detecting other colours, on maps for instance. Whatever solution you choose the important message is low level light irrespective of the colour.

However we are not all as disciplined as the Navy so while Editor Phil was visiting a sailing club a clever sailor told him of his method of keeping white lights away from the cockpit crew. He had installed a switch that automatically turned the white cabin lights off and turned red lights on automatically when the navigation lights were switched on. Unfortunately he did not explain how he did this so here are some thoughts how I might do it.

A technique my friend used was to place a simple curtain across his companionway. He was colour-blind and had trouble with some colours including red so the blind was a great method of keeping his night vision intact.

He was an interesting person to share a watch with as there were things he could see that I could not. His curtain was made of heavy canvas weighted at the bottom. It kept out unwanted sightseers, rain and, at night, kept any stray light in. Any technique you choose to use needs some intelligence so it is not possible for every situation to be covered. Think how you use the boat and adapt it, but the ideas here might just help.

Having a small light in the compass, whether it is red or, like mine, a dull white light, will also help preserve night vision. Most chartplotters have a night mode where the brighter screen image is reduced. Some do this automatically but you may need to reduce it even more by placing a piece of smoky film or plastic over the screen if brightness controls are not available or adequate. Do not forget the other instruments that are back-lit, they may need to be made night friendly. Most LED torches and headlamps have
a red light so this will also help as long
as the light is not too bright.

For many years sailors and other outdoor people have preferred using Polaroid sunglasses rather than simple dark lenses. Light generated by most natural objects is unpolarised; that means that the light waves radiate in all directions. Polarising filters (i.e. Polaroid lenses) remove all
light except those radiating in only
one direction: near vertical.

Light reflected from highly reflective horizontal surfaces like the sea, is reflected horizontally.

Polarised lenses work by filtering out the horizontal part of the light, allowing only vertical light rays to pass through. This minimises the glare and allows us to see through the surface making shallow areas stand out more.

A simple check to confirm that our sunglasses are actually polarised is to get a second pair and rotate them while looking through them; if what you are looking at goes dark they are polarised. Often computer and especially liquid crystal displays use polarising effects so displays can go to black when looked at through polarising lenses. If you notice this simply rotate the screen a little and the image magically returns.

Of course none of this is relevant if you never venture out after dark, but then you are missing out on some beautiful time on the water!

The switch uses a simple single throw, double pole switch fed from fuse 2. This has a centre-off position, sometimes called a triple throw.

The cabin red and white lights can be placed in the same light fitting but need dedicated red and white globes (or LEDs). If you need a white light for a particular place then you will need to run a separate circuit from fuse 1.

Like circuit one, the switch has a central-off position where all lights are off. When it is turned to white cabin lights the current will flow only through the white lights; the diodes in the other lights are reverse-biased and prevent any current from flowing.

When the switch is turned to the navigation position, the diodes are forward-biased and so the red cabin lights and the navigation lights turn on; the diode in the circuit for the white lights prevents current flowing and they now turn off.

This works for ordinary incandescent lights and LED fittings as most modern LED fittings have internal electronics that make them insensitive to the battery polarity; that means it does not matter which way they are plugged into the battery supply.

The voltage dropped across this additional diode is trivial and will not affect the lights operation. If you are using LED lights that are polarity sensitive then you can simply omit the additional diodes. ≈