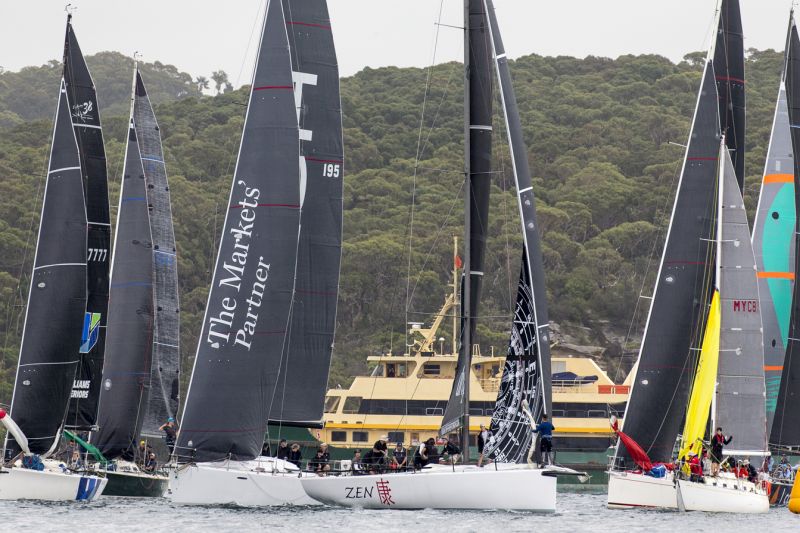 Last week the Cruising Yacht Club of Australia announced its intention to keep working towards staging the Rolex Sydney Hobart Yacht Race in December. The Saturday SSORC ocean race, part of the CYCA’s Ocean Pointscore Series, is a chance for Hobart race crews to meet some of their opposition on a start line for a valuable hit-out, particularly given the reduced schedule of lead-up races.

Following their Sydney Harbour start on Saturday, the Premier and Performance class and One-Design divisions, including the Sydney 38s and TP52s, will head offshore for a passage race. On Sunday November 29 the competition will switch gear to short course windward/leewards off Sydney Heads, ideally in sparkling summer sunshine and a classic afternoon nor’easter Sydney is renowned for.

Premier division 1 skipper Bob Cox (Nine Dragons) says: “Keiran and Elizabeth Mulcahy’s Soozal and Gerry Hatton’s Bushranger are among the best IRC racers on the east coast, and both have indicated that next month’s SSORC will bring them to the harbour from the Royal Prince Alfred Yacht Club.”

“Nine Dragons is also looking forward to lining up against our old adversary and sistership, Khaleesi, under new owners Rob Aldis and Sandy Farquharson. Once again Khaleesi is showing great speed and will be more than a challenge for us,” Cox added.

Coinciding with SSORC is a new Super Group Spring Regatta, six windward/leeward or short passage races for the Super 20 and Super 30 divisions over the two days. The traditional Seven Islands Race on the Saturday accommodates mixed keelboats with a really interesting course that takes the fleet into confined waterways and fickle winds west of the Sydney Harbour Bridge.

A call for interest and entry has gone out to the TP52 class while Sydney 38 spokesperson Mike Logan is talking up his class’ patronage of this year’s SSORC. “There are twenty Sydney 38s between Lake Macquarie, Pittwater and Sydney; if we can get half of them that would be great.”

The Sydney advantage will well and truly be exploited by “the burglar” adds Logan, referring to Peter Sorensen, owner/skipper of Advanced Philosophy and winner of the most recent CYCA Winter Series Sydney 38 division, just one of countless victories from decades of campaigning. “Sorro knows the harbour upside down. He’s sailed on it so many times his results are no longer due to luck.

“For SSORC we will most likely run the Sydney 38 division like the state champs in that we’ll follow class rules in terms of sails but not the crew weight maximum,” advised Logan, the owner of Sydney 38 Thirlmere. “I’m expecting a couple of Pittwater boats, hopefully Risk and Conspiracy. Add in CYCA, MHYC and the Balmain boats and there should be 10-12 Corinthian teams, which are the cornerstone of the class.”

MHYC Special Events Chairman and owner of Toy Box 2, Ian Box says, “SSORC has a fabulous history that we work hard to preserve, while staying innovative. This year we have developed a wider weekend offering to cater for the diversity of racing preferences, and we continue to nurture the heart of SSORC, the Premier and One-Design boats. I encourage everyone to get an entry in and participate.”

Standard entry for the 43rd edition of SSORC applies until 2359hrs on Friday November 20 and thereafter a late entry fee will apply, up until Wednesday November 25 at 2359hrs.

The Notice of Race is now available at https://www.ssorc.mhyc.com.au/ and sailing instructions will be posted to the same website by November 27. SSORC is conducted by MHYC at The Spit with the assistance and support of the CYCA.