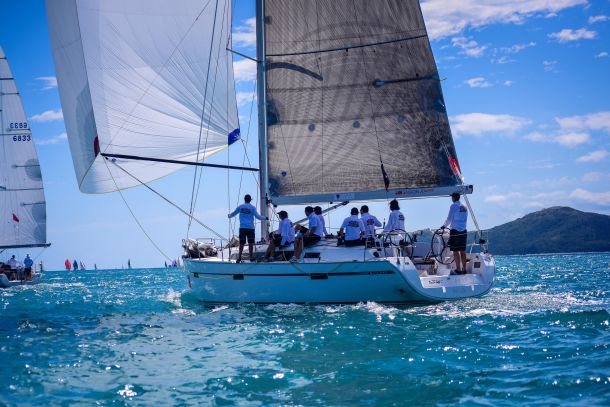 Paul Billingham and his long term racing partner Peter McGhee have succesfully raced from the CYCA. Paul is currently the Rear Commodore of the club.

Their previous boat was a Bavaria Match 42 that they raced together for several years.  The Bavaria 41s was selected because of its racing performance and its family appeal, a genuine racer-cruiser. Defiant made its debut at Hamilton Island Race Week last year and this was the first time one of the owners had been aboard to race the boat. Competing in the Performance Racing Division they beat two Volvo 60s and several Hobart crews, claiming a race victory and several top places in the fleet.

Since then they have won the inaugural Bavaria Oktoberfest Race Day at the Royal Prince Alfred Yacht Club and are now currently campaigning in the CYCA summer series. Next month the Sydney Harbour Regatta is on the agenda at the Middle Harbour Yacht Club where they will again be looking for some great results.