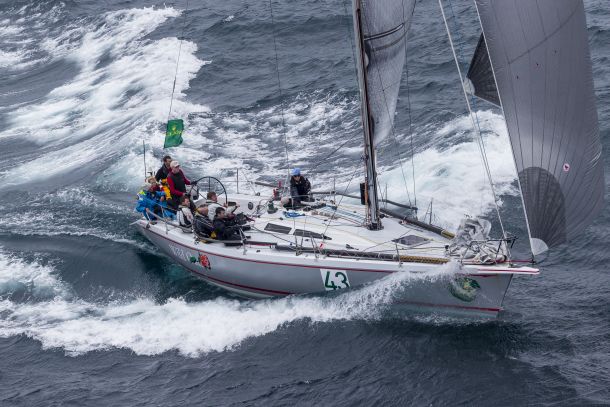 “I cannot think of a better way to celebrate Wild Rose’s 30th birthday this year than by winning our division at Audi Hamilton Island Race Week, and claiming first place in the Australian IRC championship at the same time,” Hickman said.

“The entire crew is buoyed with excitement after winning the Rolex Sydney Hobart race, so it is only natural that we now turn our attention to Race Week. We’ll be there with bells on. It’s an awesome series. The crew is really fired up for it, even this far out.”

Hickman’s enthusiasm for Audi Hamilton Island Race Week is reflected in two facts – this will be his 16th year at the regatta, and he has already lodged his entry.

Ironically, Wild Rose was built in 1985 for Hamilton Island’s owner, Bob Oatley AO, who is now the owner of the Rolex Sydney Hobart Race record holder, Wild Oats XI, a 30-metre long supermaxi. Hickman purchased the yacht from Oatley in 1991, and sometime later renamed her Wild Rose. He and two friends, Bruce Foye and Lance Peckman, sailed her to first place overall in the 1993 Sydney Hobart race.

The Australian IRC Championship will be part of this year’s Audi Hamilton Island Race Week, which will be staged on the tropical waters of the Whitsundays from August 15 to 22. Wild Rose is the defending Division Three title holder in the Australian championship.

Hamilton Island is offering special ‘Early Bird’ accommodation rates for the regatta as a bonus to all competitors. Details are posted on the regatta website. This offer is available until April 30.

All information relating to Audi Hamilton Island Race Week 2015 is posted on the regatta website – www.hamiltonislandraceweek.com.au

German luxury brand, Audi, is back for the tenth year at Audi Hamilton Island Race Week in 2015. Audi and the sport of sailing go hand in hand, thanks to a shared passion for winning performance, the use of lightweight and progressive materials in construction, and a love of spirited competition. Throughout Audi Hamilton Island Race Week 2015, the brand will host a range of events and activities on the island for yacht owners, yacht crews and guests to enjoy.