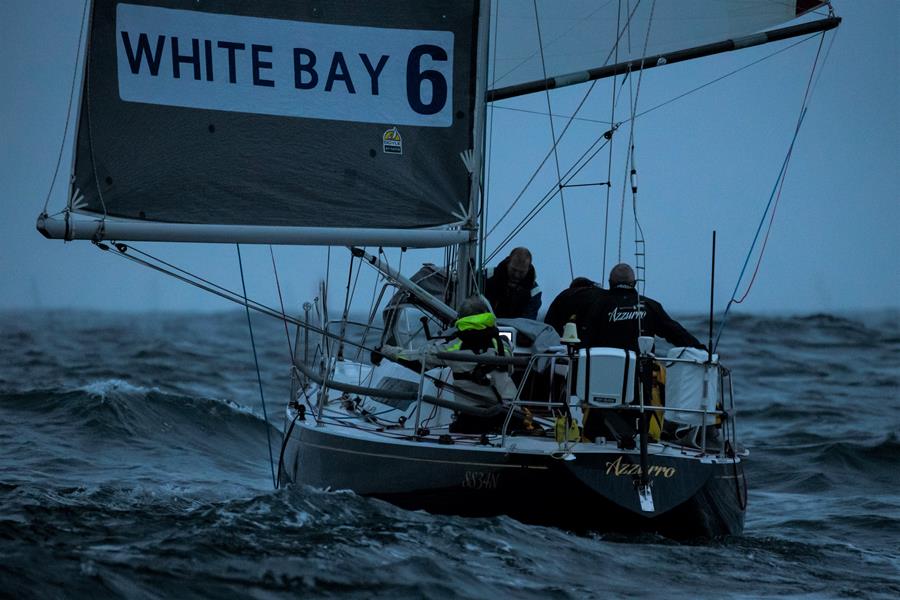 As the Rolex Sydney Hobart Yacht Race fleet settles into its first night at sea after the start, don’t be surprised if some of the smaller boats like White Bay 6 Azzurro are well in the frame.

Based on Monday’s long range weather forecast for the race that starts at 1pm on Boxing Day, predictions set up a tight race with a forecast for early southerlies, possible rain and thunderstorms, a high pressure ridge on days one, two or three that could see winds turn easterly, and numerous transitions.

The 100-footers should still lead, but their margin may not be as great as usual. The smaller boats like Shane Kearns’ White Bay 6 Azzurro might be able to use the shifting conditions, minimise their losses, and set up their bids to win the Tattersall Cup.

Kearns’ S&S 34-footer, built in 1981, has been a regular overall challenger in recent years. However, there are other yachts in the 2021 fleet that fall into the same frame. These include Simon Kurts’ S&S 47, Love & War, and Bruce Taylor’s Caprice 40 Chutzpah.

Still, there is something about White Bay 6 Azzurro, registered with the Cruising Yacht Club of Australia, which indicates this may be her standout year.

After first being sailed by Kearns in the 2014 Rolex Sydney Hobart to 33rd overall, she has continued to rise as a threat. In 2015 as Quikpoint Azzurro, she almost took the overall victory from Balance.

However, Kearns’ boat was stalled by the lacking breeze on rounding Tasman Island. It forced her to drop to third overall and second in Division 4. In 2016, White Bay 6 Azzurro placed 13th for second place in Division 4. In 2019, the ‘little boat that could’ tasted much deserved success by winning Division 7 after finishing 52nd.

However, latest form provides an interesting insight too. In the Cabbage Tree Island Race in December, in which Kearns won Division 2 last year, White Bay 6 Azzurro placed eighth overall and won ORCI – the only small boat among the TP52s and maxis that dominated the top ten.

The Cabbage Tree Island Race was her final race ahead of the 2021 Rolex Sydney Hobart. Since then, the boat has been out of the water in dry store at the White Bay 6 Marine Park in Balmain, where it’s always stored when not sailed. Dry storage provides a distinct advantage, says Kearns: “It dries better and is much lighter when we sail her.”

He says they are a crew that focuses on racing rather than sailing, and even then, without risk. They are not short for experience. Kearns has sailed in 16 Sydney Hobarts, McRae in 18 and Nixon in 26. Harrington and McKibben have sailed in five and two respectively. However, what’s as important is that they have also raced together often as a crew.

“It is a simple boat, and we have been sailing together on it for a long time now,” Kearns says.

“I still remember the words of Roger Hickman: ‘to finish first, you first have to finish.’  There is no need to push this boat and risk breaking or rupturing it. Even when we do manoeuvres, we don’t make too many risky ones. It seems to work.”

Kearns’ approach does not reflect any lack of competitive edge though. “I tell my crew every time that we are going to win,” he says, laughing. “Slowly, it seems the crew are drinking the Cool Aid, believing me and talking it up a bit … even Jim (Nixon).”

Amidst the trademark uncertainty of any Sydney Hobart, it can easily be asked if the stars are finally aligned for Kearns, his crew and their boat!