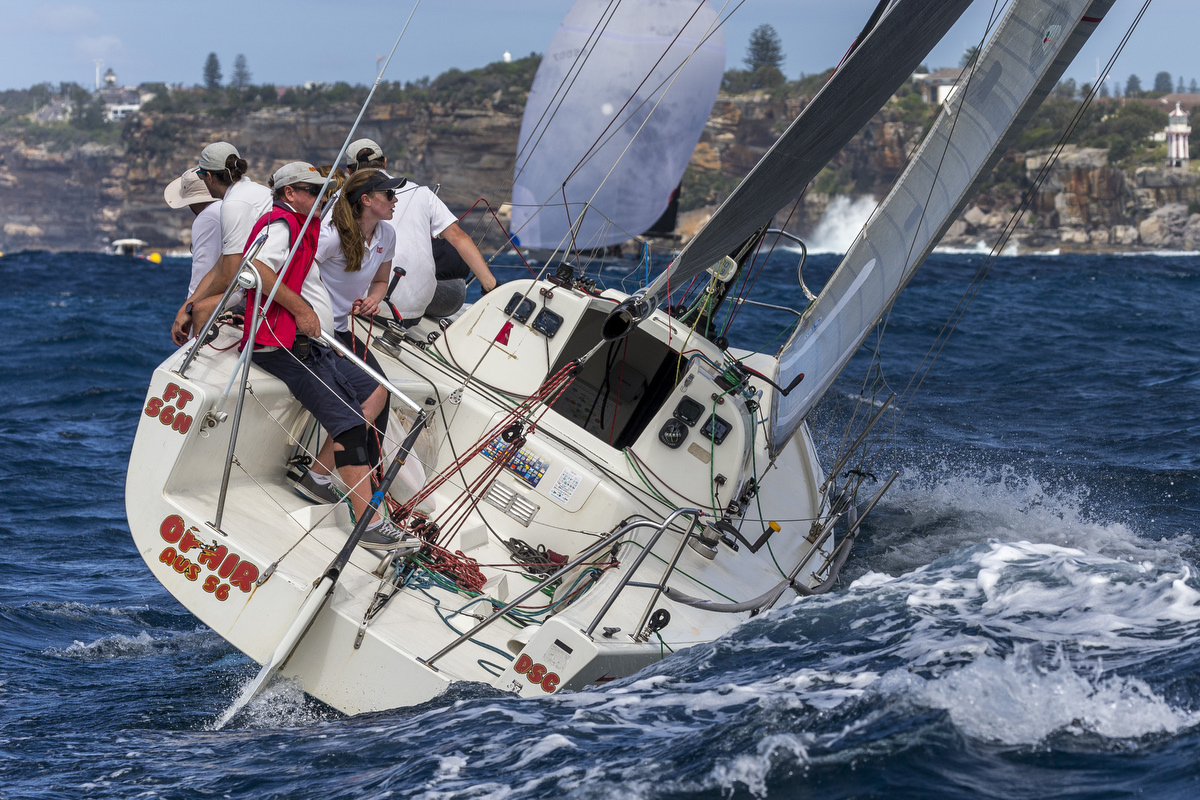 Adrian Walters’ nippy Shaw 11 Little Nico, sailing for the Sydney Harbour Regatta host club, added another victory to its impressive regatta tally on day two of the weekend regatta. Divisional winners in 2016 and second in 2019 and 2017, Little Nico’s domination of the short-course format is well and truly etched in the flagship series annals.

“Most of us have sailed together for a few years,” Walters said after racing. “This year we tried out some new sails and overall we are very happy with the result. Every year we seem to get better and better. The MC38s make us work hard though.” Walters has a busy program planned for Little Nico, including Sail Port Stephens in April and the northern regattas in the Queensland Whitsundays later in the year.

On the huge reunion that the 16th annual Sydney Harbour Regatta afforded sailors from around the state, Walters adds, “It’s nice to see real people again after Covid. All the regattas going forward are going to have good participation; everyone’s keen to get out after a long break.

Sydney Harbour Regatta is the state’s first major multi-club and multi-class regatta post-Covid restrictions, drawing 187 entries and 1,293 crew who completed 84 races across seven course areas thanks to MHYC and the eight supporting clubs and 87 wonderful volunteers. Amazingly, there were only two protests.

Results for all divisions are available here.

“I’ve been associated with Middle Harbour Yacht Club for a long time, and I’m so pleased for the club to see all this camaraderie and confidence. This regatta has a sense of normalcy about it,” said Aldis dockside. “Owning the DK is a good learning experience for me, I came to the sport fairly late,” he added.

Performance spinnaker and non-spinnaker fleets wrapped up their four-race series with two passage races around harbour islands and other marks. A third for Russell Waddy’s Sydney 38 cruiser Allsail Another Challenge in the final division 1 race was enough to leapfrog Steve Hatch’s M, a Sydney 36 cruiser/racer out of the Cruising Yacht Club of Australia.