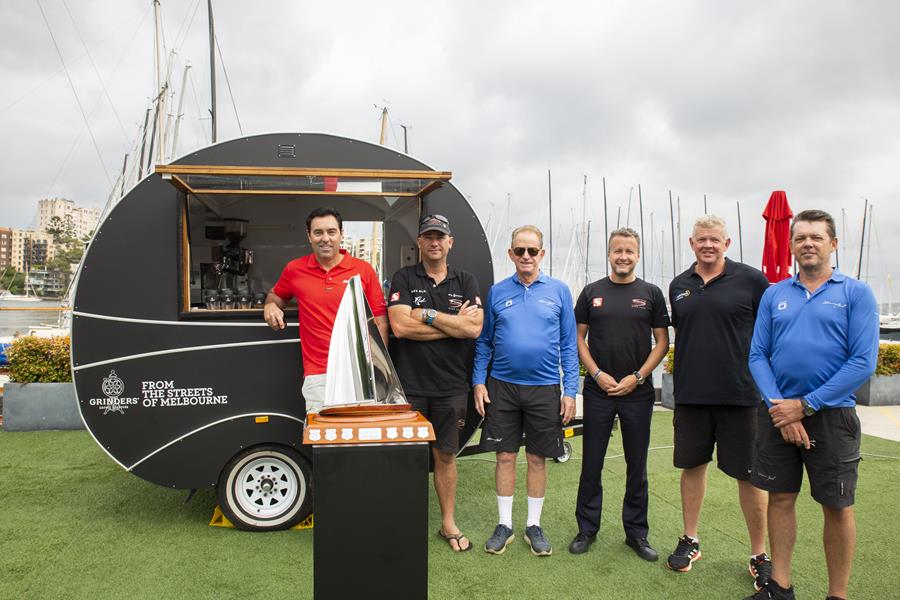 Wild Oats XI, Black Jack, SHK Scallywag and InfoTrack, plus Naval Group and URM, are expected to provide a teaser before the 26 December start of the 2019 Rolex Sydney Hobart.

Mark Richards, skipper of Wild Oats XI, 11-time winner of the SOLAS Big Boat Challenge, is optimistic the 15-year-old 100-footer will be on the start line tomorrow after having a new mast and rigging installed following breakages in the Cabbage Tree Island Race four weeks ago.

“It's been a phenomenal effort by the team over the last three weeks, after the catastrophic failure… it's been a huge job,” said Richards. “We learned the limit in the Cabbage Tree race, to see how far we can go. We looked at all the data and there is nothing out of the ordinary. We are always going to push it hard. There's absolutely no reason for that rig to have broken, but it did. It’s is an equipment sport, so you don't know but… we will push it as hard as we can.”

As with all the boats, part of the focus for Wild Oats XI in the Big Boat Challenge is fundraising for SOLAS. The Cruising Yacht Club of Australia’s Safety of Life at Sea Trusts (SOLAS) was set up as a charitable trust in 1999 following the tragic 1998 Sydney Hobart Yacht Race. It has donated more than $1,760,000 since that time.

“We saw what happened in the ‘98 Hobart’ and SOLAS has done so much to prevent that situation happening again,” said Richards. “Unfortunately, tragedies happen, but SOLAS is there for the sailors. It is a wonderful thing and we will support it as long as we are around.”

For Royal Hong Kong Yacht Club entry, SHK Scallywag, Tuesday will provide onlookers with a chance to see how far the boat has come since last year’s Rolex Sydney Hobart when it was forced to retire early due to a broken bowsprit.

“We've done a lot of sailing this year and the crew has been together… Most of the crew went around the world with us as well,” said skipper David Witt. “The boss, 'SH' (Seng Huang Lee) has given us a great budget… The boat is in the best shape it has ever been. I've always said I'd rather be lucky than smart. Hopefully I can get a bit of luck this year and see what happens.”

Mark Bradford, skipper of the Peter Harburg-owned Black Jack that placed second on line honours in last year’s Big Boat Challenge, said his crew’s focus on Tuesday will be to race well, but also ensure that their 100-footer finishes without damage.

“The end goal here is the Rolex Sydney Hobart, so it's about keeping the boats apart. Having a good race and trying to put on a show, really,” Bradford said. “Basically, who wins the start wins race. The boats are so big, to get passing lanes is quite difficult, notwithstanding a crew work error.”

Tony Mutter, from the Christian Beck-owned InfoTrack crew, concedes the former Perpetual Loyal is most probably the underdog among the five super maxis.

“We're basically racing exactly the same boat as last year; the same configuration, pretty much all the same sails, other than one – we just added a headsail for this year. And there’s a very similar crew as well,” Mutter said. “Presuming [the other super maxis] have all stepped it up and they're going quicker, it is certainly going to be much harder for us in the lighter air, and in the reaching conditions.”