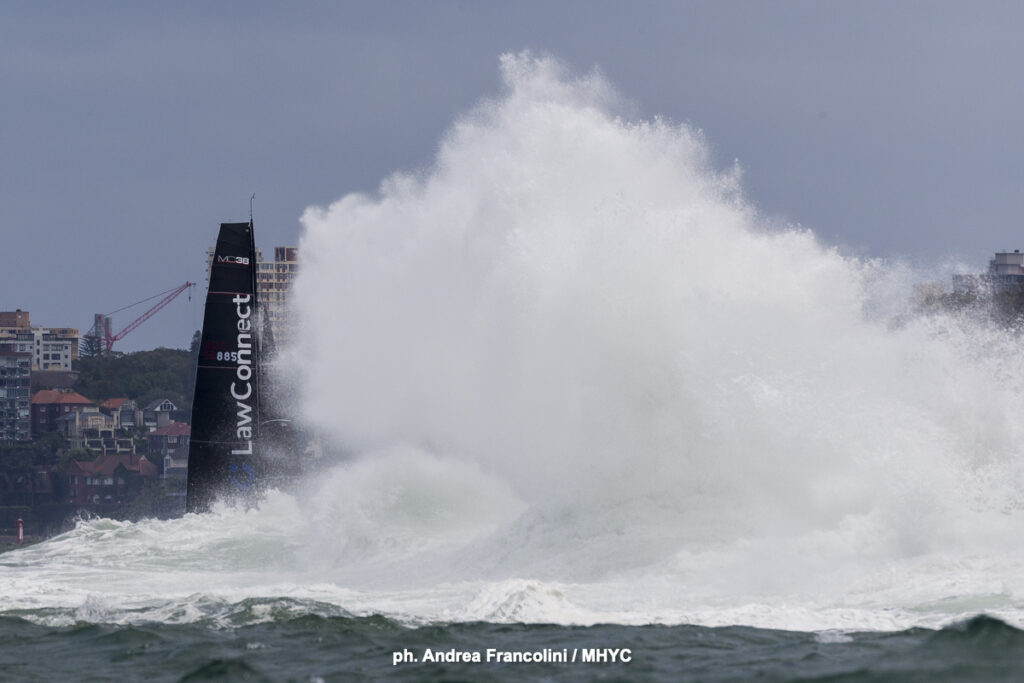 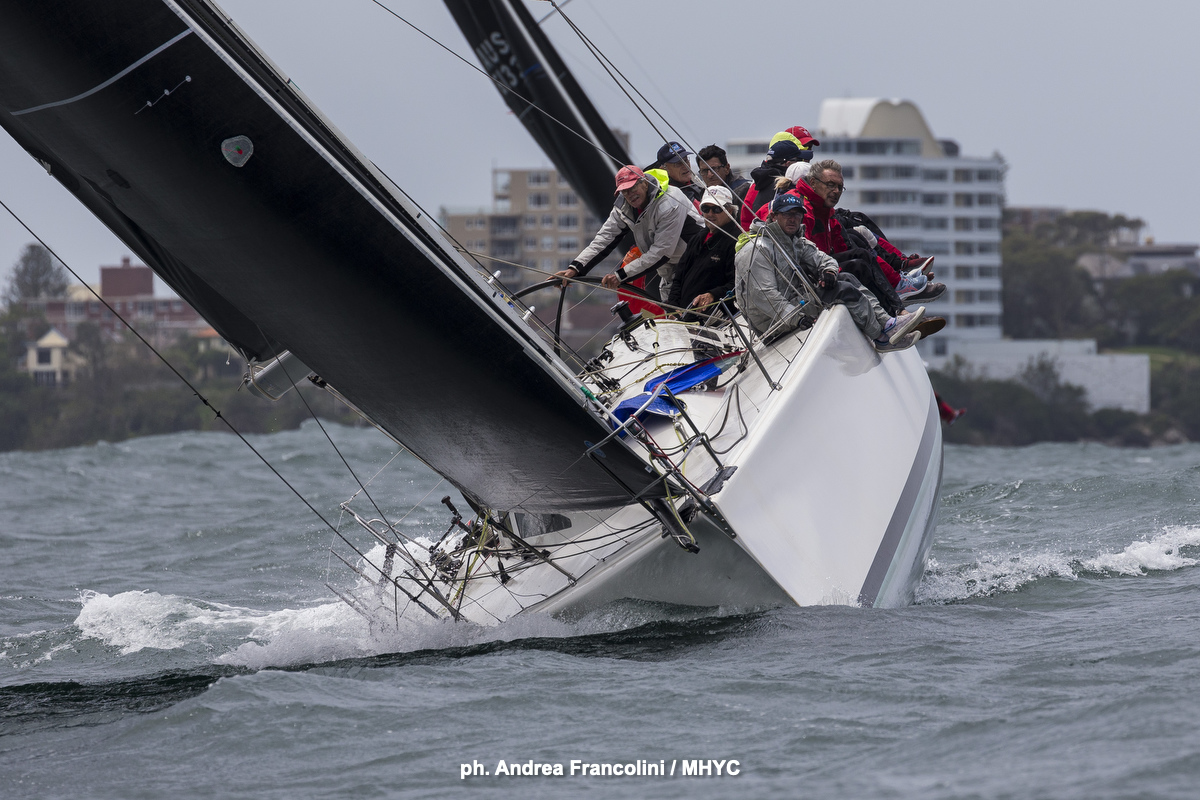 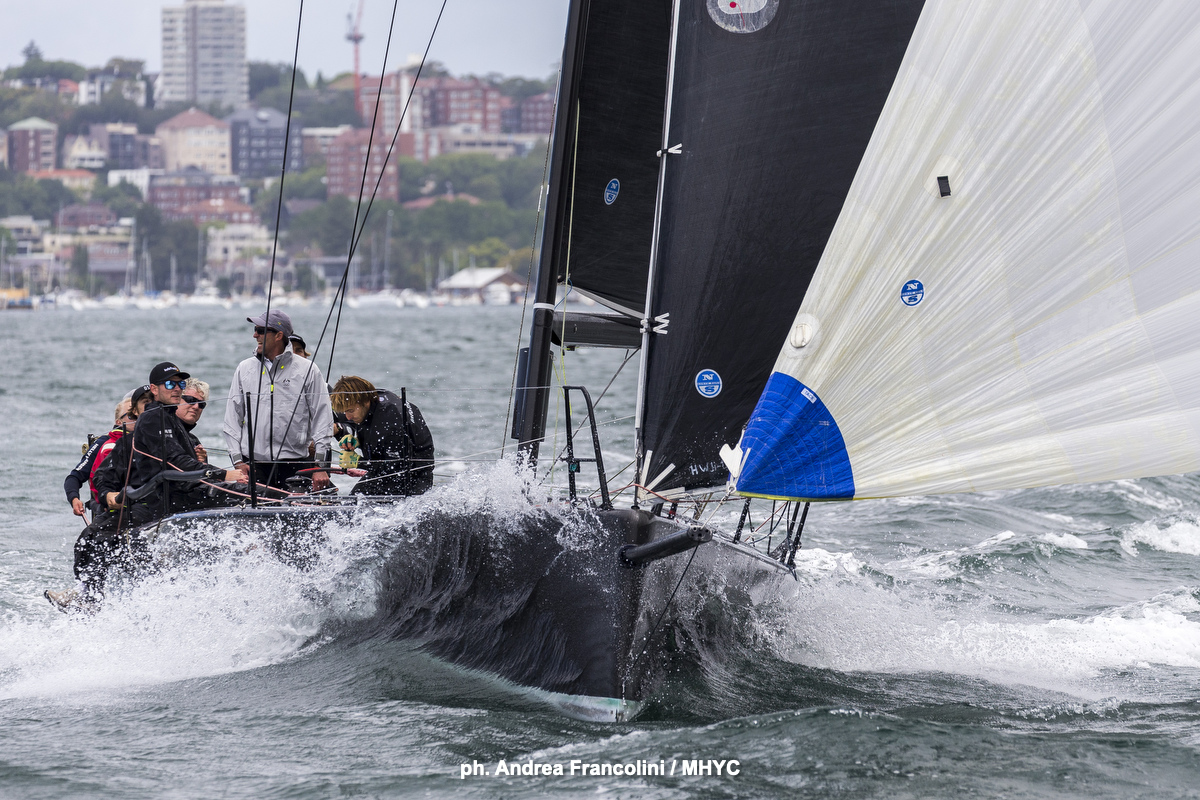 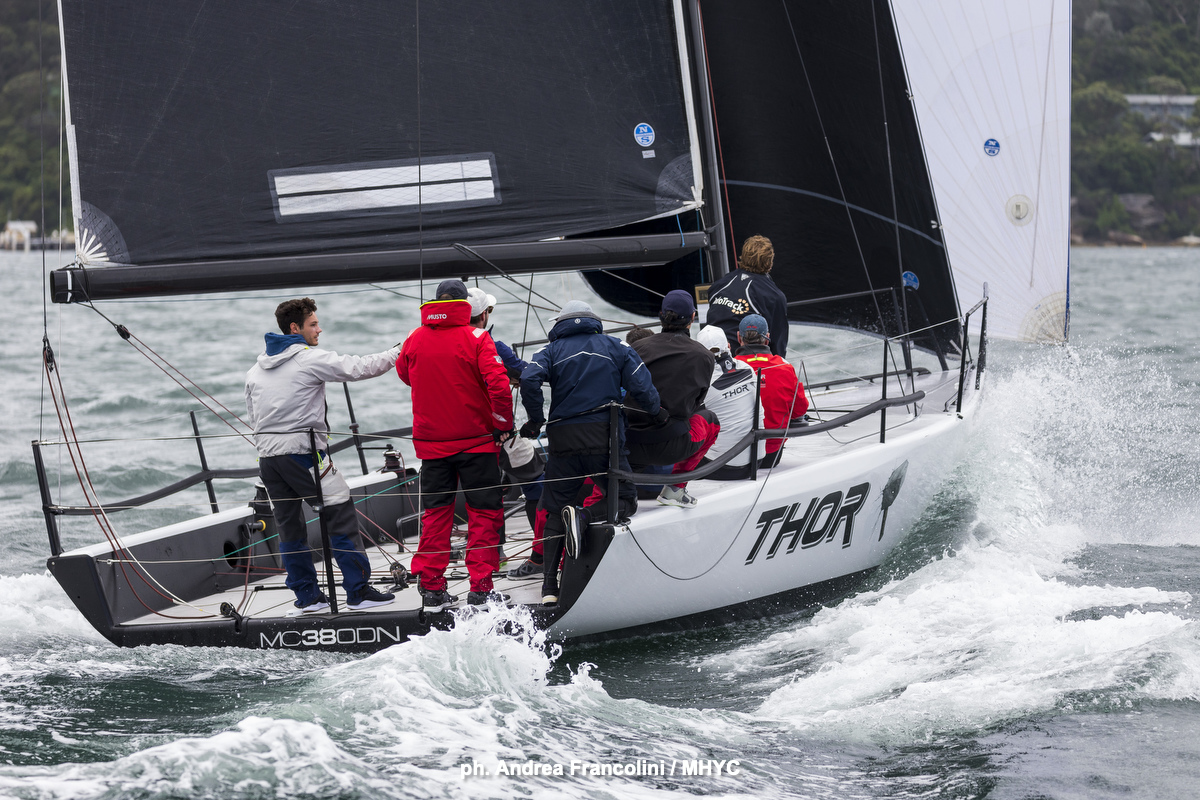 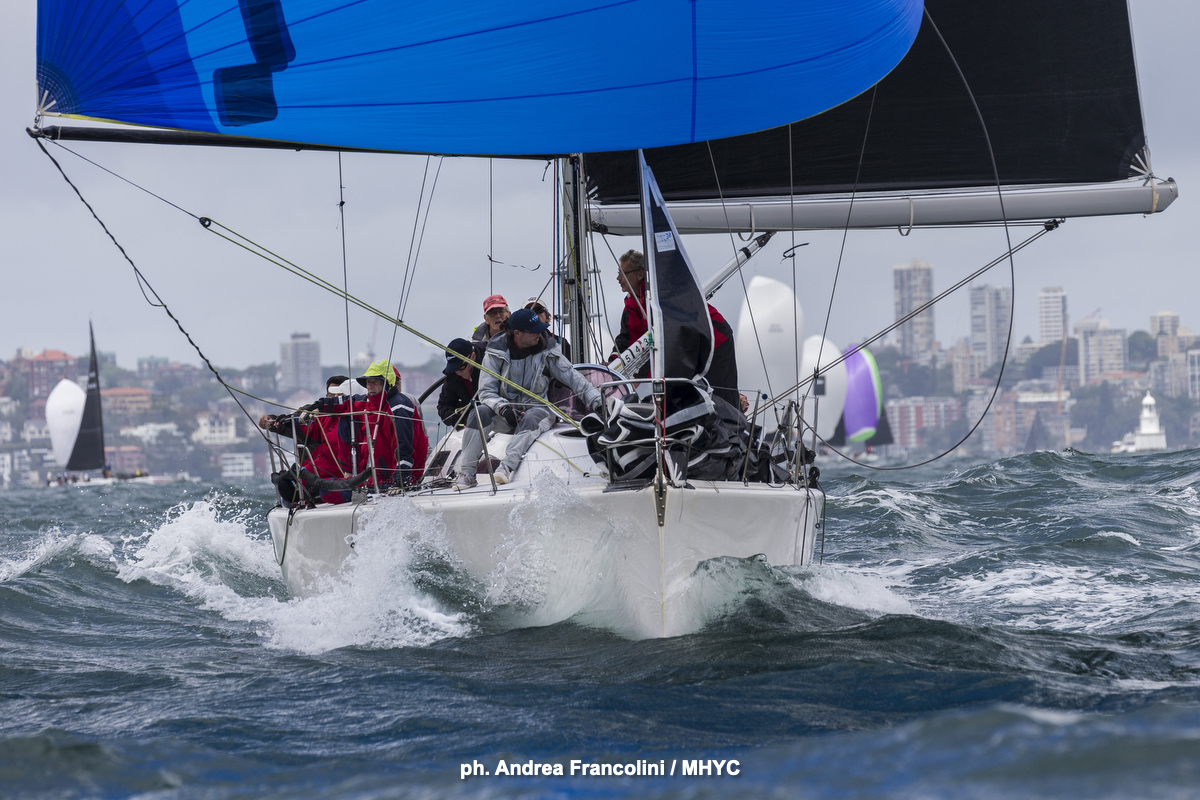 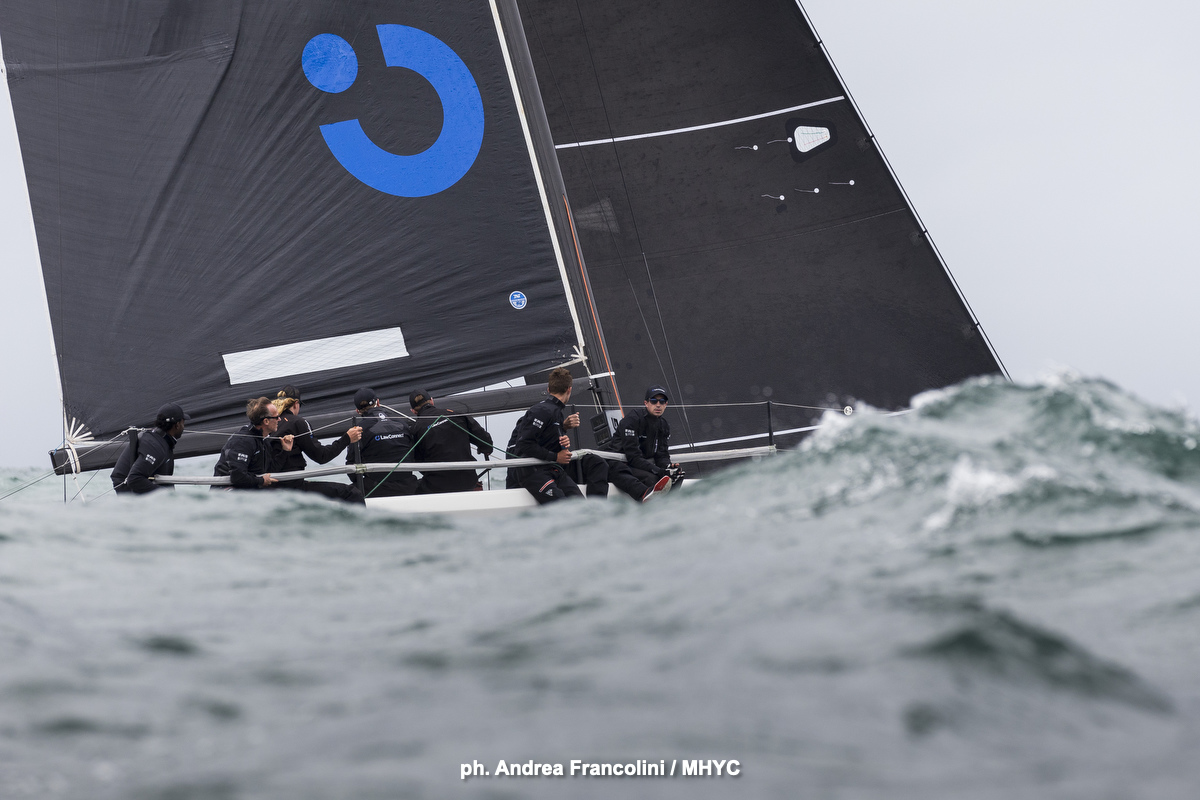 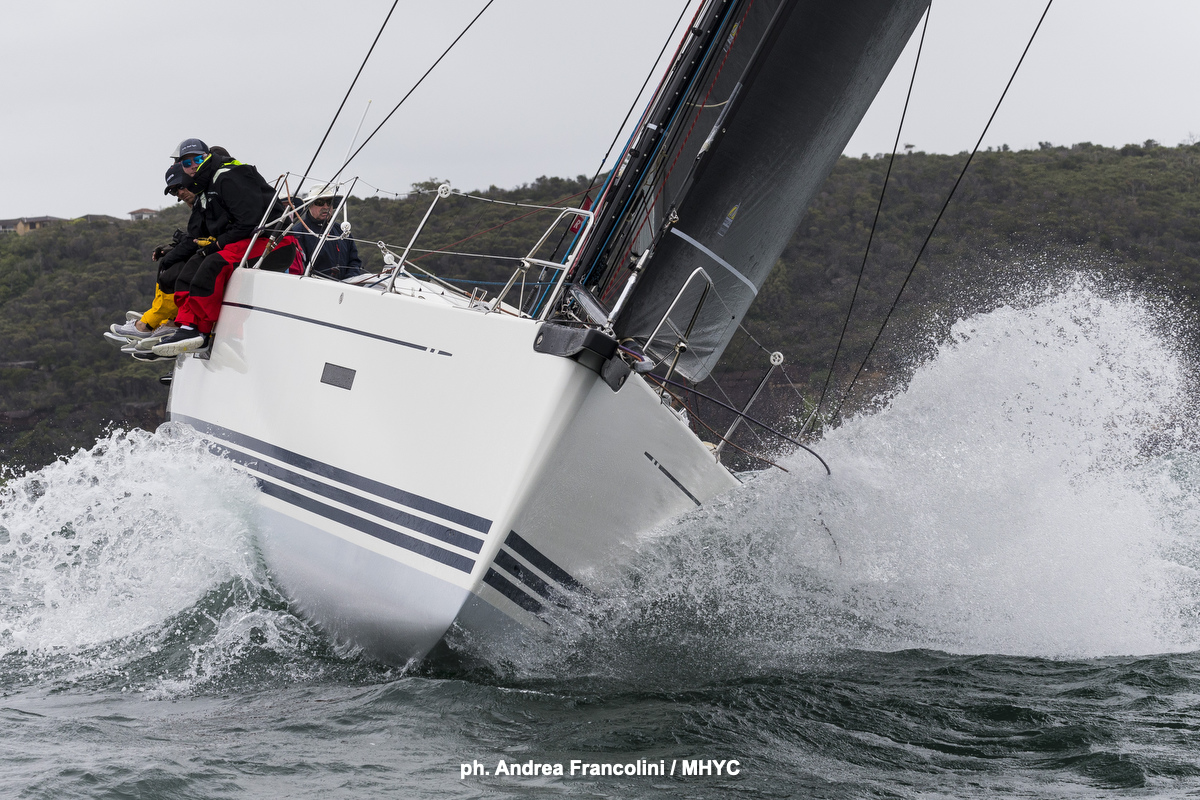 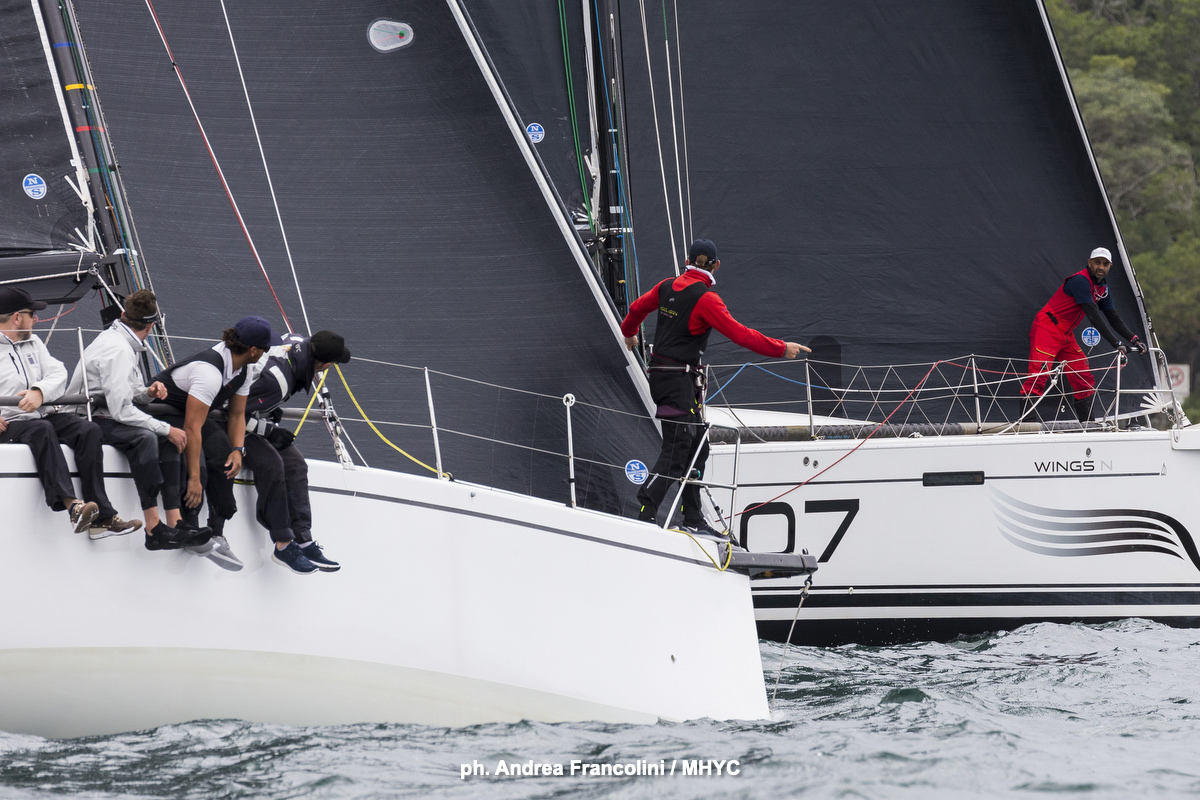 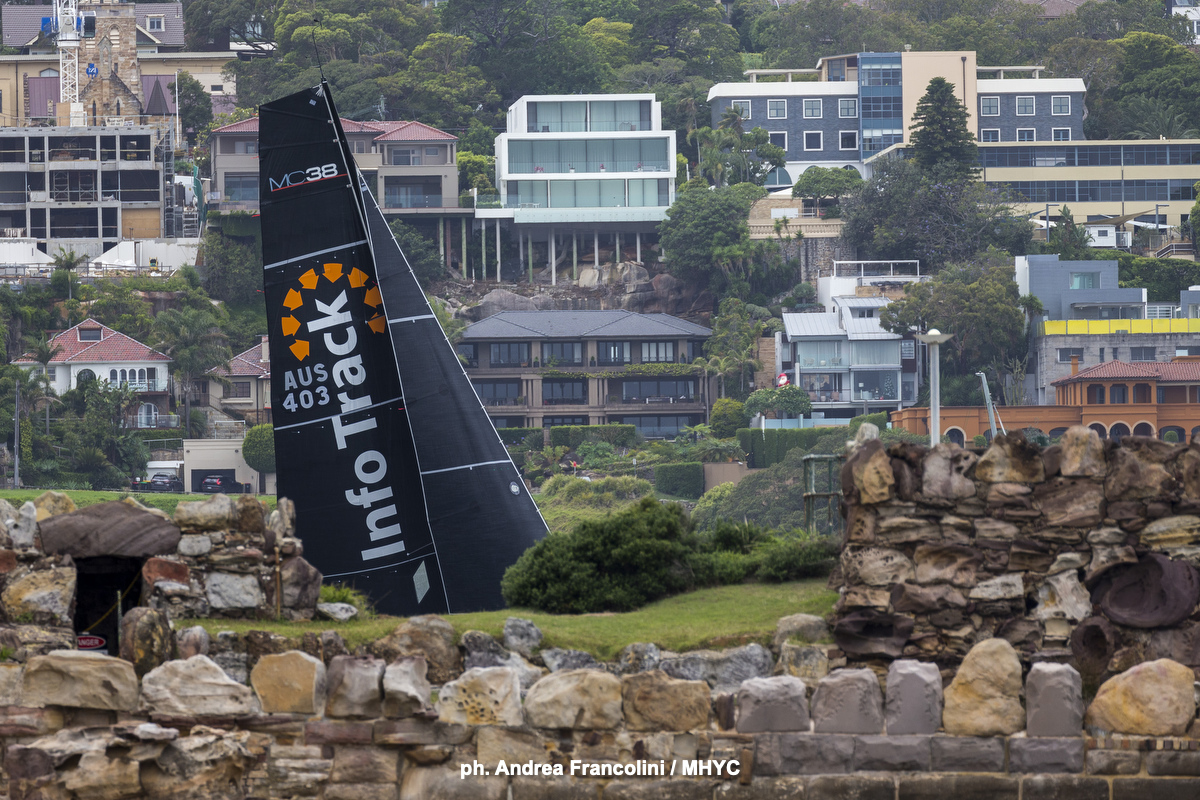 Paul Jenkins and his Sydney 38 crew on board Mille Sabords won their first ever regatta on a wild and wet Sydney weekend, racing for the host club in the annual Sydney Short Ocean Racing Championship.

“Persistence in Saturday’s offshore race and a reasonable Sunday gave us our first regatta win after buying the boat in January,” said a delighted Jenkins. “The youngest in the crew is 50 – we keep saying where are the 25-year-olds who used to be us? Everyone had three jobs today with only a broken winch handle to replace. We’ve been together as a team for a long time and did the 2019 Hobart race together – they are a great group of guys.”

After a punishing coastal passage race on Saturday in strong southerlies, the Middle Harbour Yacht Club crew of Mille Sabords fronted six-up for Premier Division 2’s three windward/leeward races on Sydney Harbour, the race management team adjusting the program prior to day two racing and electing to keep all fleets inshore, out of the nasty swell.

Amazingly, it was the first time the boat had lined up after more than a year out undergoing extensive repairs from hitting South reef during a Short Ocean Pointscore race. “It’s pretty amazing we were able to come back so strong to take it by one point,” said the surprised skipper. “Special thanks to the crew who never gave up, in particular Billy Sykes and Will MacKenzie.”

Second in Premier Division 1 was Bushranger, the Mat 1245 from the Royal Prince Alfred Yacht Club and third on a countback to second was clubmate Mark Griffith’s DK46. “I’d say those two RPAYC boats are the best in the country on IRC; for the old girl [his boat] to comeback like this is incredible,” Cox added as the beer flowed down at The Spit where MHYC hosted the trophy presentation after racing.

“It was an exciting weekend and it’s always great to race against the MC38 teams,” Hodgkinson said. “We love doing Middle Harbour regattas and we really enjoyed the racing. Earlier I thanked my wife, who loves gold things, for the new yellow A4 kite which made it very easy to spot us on the harbour on a dull and rainy weekend.”

Though there were some nervous moments, Hodgkinson managed to keep Victoire on its feet for Saturday’s Seven Islands Race and Sunday’s two inshore passage races.

Conditions moderated on Sunday November 28, 15-25 knots out of the S-SE compared to Saturday’s rolling rain squalls, step seas and blasts of southerly wind which peaked around 35 knots offshore.

MHYC is grateful for the support of CYCA race management and thanks key SSORC sponsors Club Marine, Sail Racing, Robert Oatley Wines and Short Marine for their generosity.