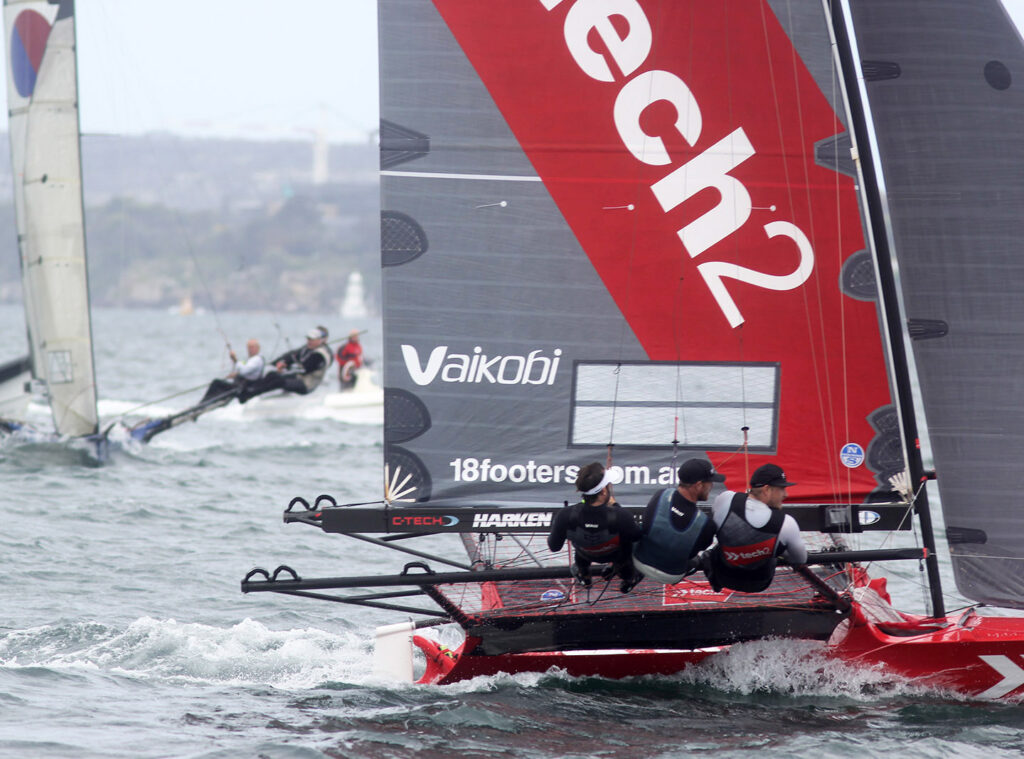 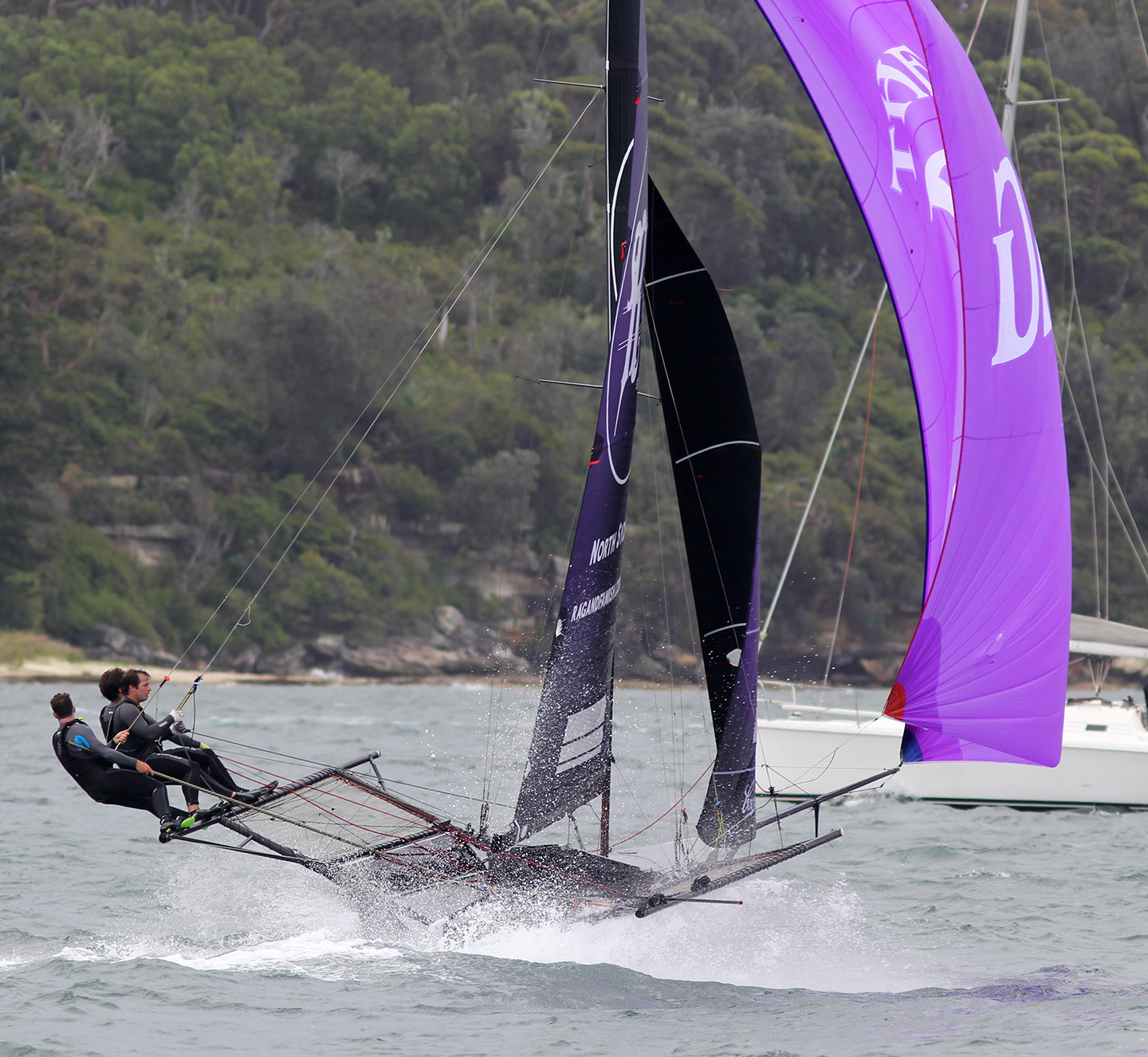 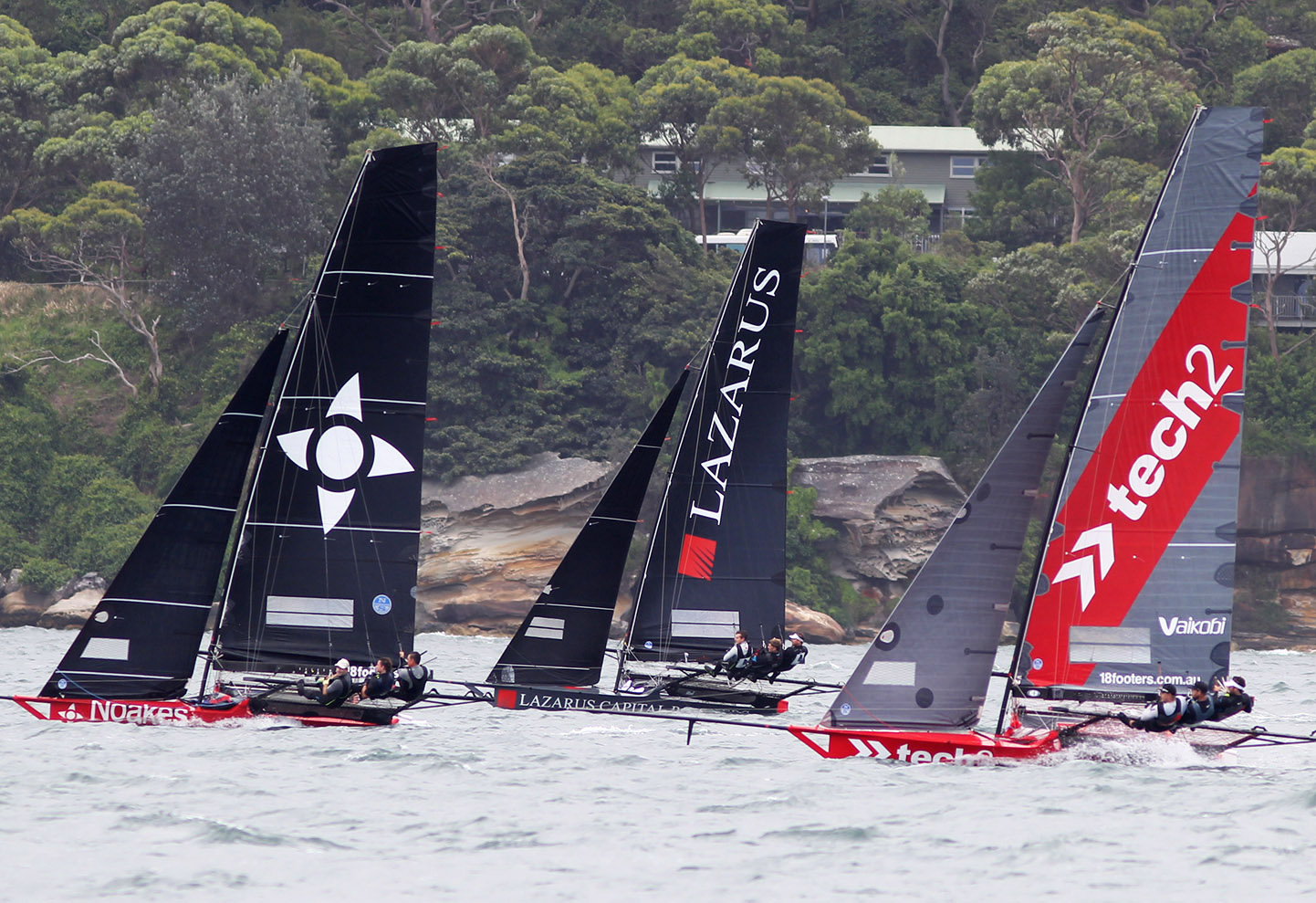 Race for the lead on the leg back to Rose Bay on the first lap of the course. Pic - 18ft skiffs 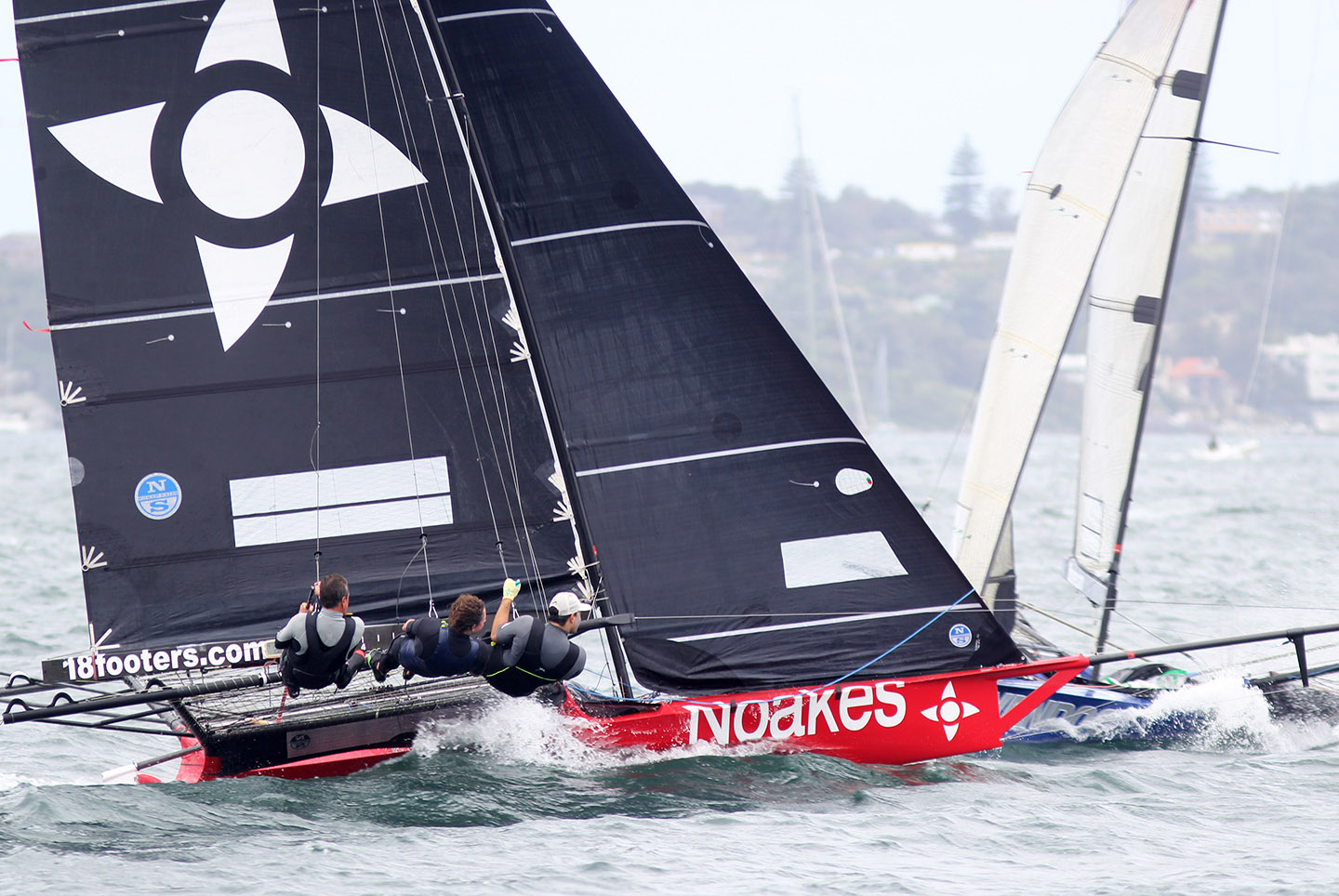 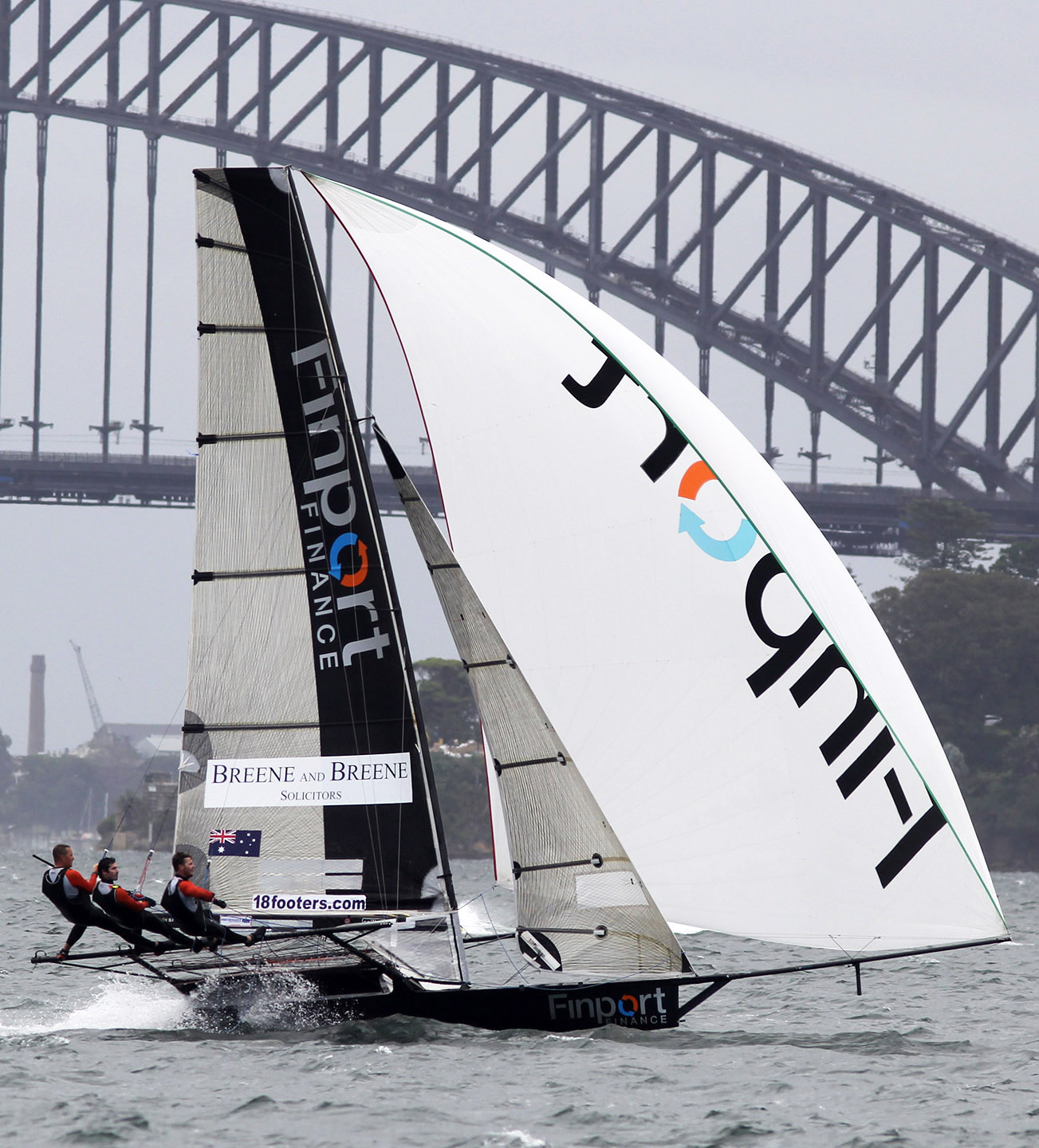 Finport Finance was one of the first teams to set a spinnaker on the leg from Clark Island. Pic - 18ft skiffs 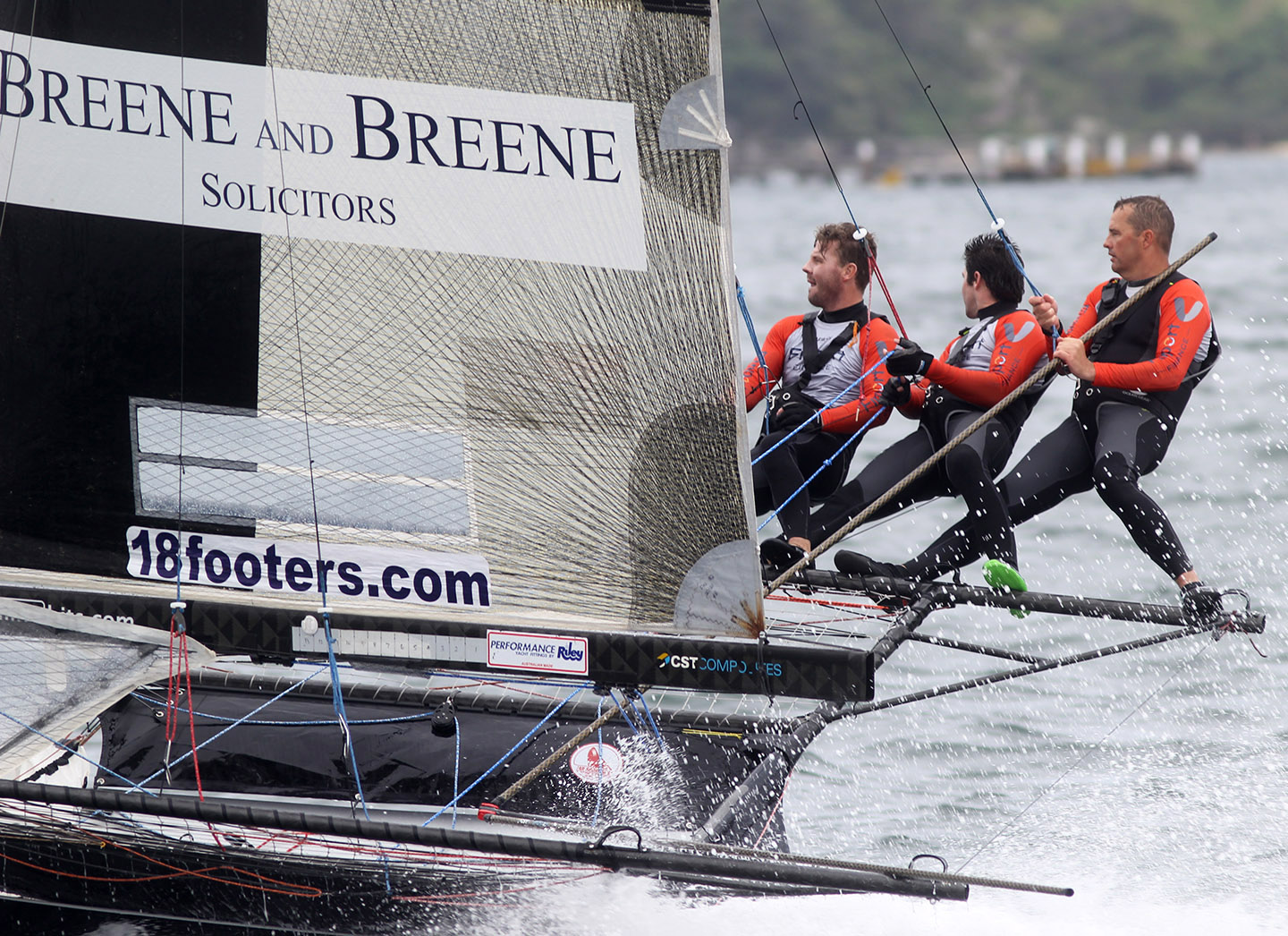 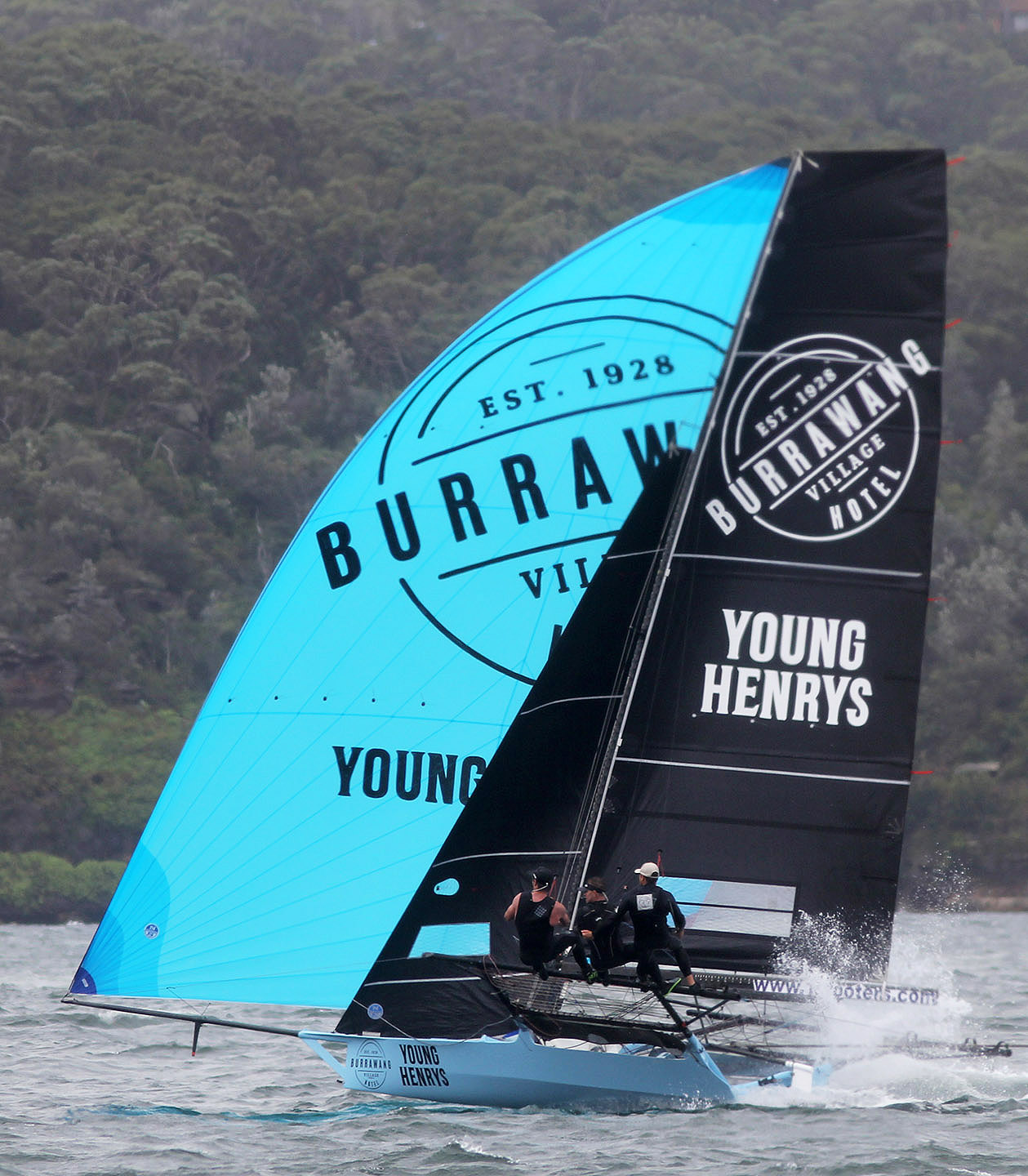 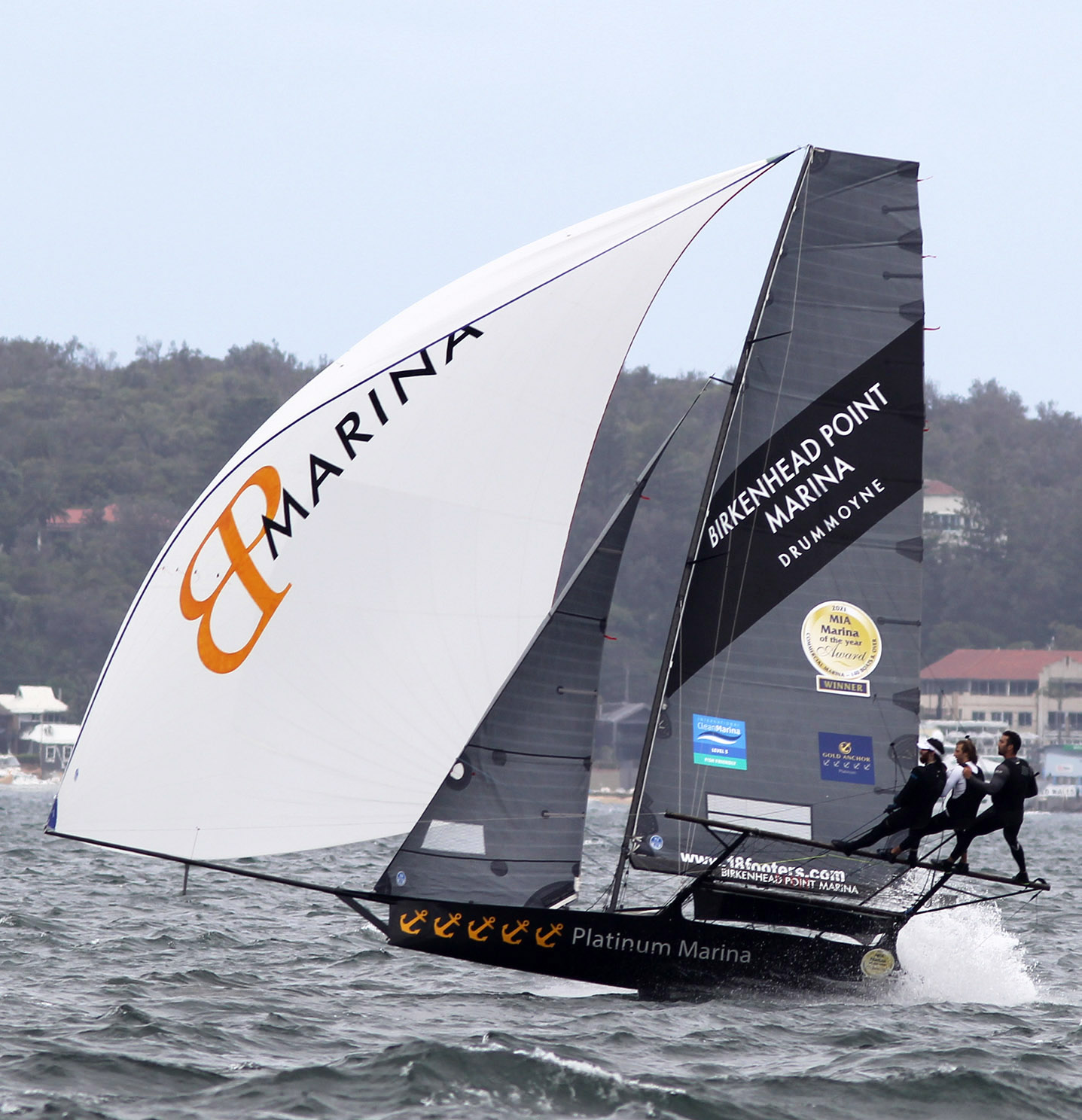 The defending champion Tech2 team was back to its best form on Sydney Harbour on Sunday when the crew of Jack Macartney, Lewis Brake and Luke Parkinson produced a come-from-behind performance to take an exciting victory in Race 2 of the NSW 18ft skiff Championship.

The southerly wind took a toll on the fleet with only 13 of the 21-boat fleet able to complete the course due to gear breakages.

Noakesailing grabbed the lead from the start and led by 25 seconds at the Clark Island mark as the fleet took off on the long downwind leg to Obelisk Bay.

Most of the fleet were unable to set spinnakers until they were well up the harbour and Noakesailing retained her lead as the fleet headed back towards the windward mark at the southern end of Shark Island in Rose Bay.

The race became a four-boat battle as Tech2 grabbed the lead from Noakesailing, Lazarus Capital Partners and Yandoo, beforeLazarus was forced out near Shark Island with gear problems.

Tech2 had established a 30 second lead over Yandoo and Noakesailing as the fleet began the second downwind leg to the bottom mark in Athol Bay East.

As the three leaders began the following windward leg back to the Clark Island mark, Tech2 was holding a good lead but some subtle changes in wind direction and strength saw the lead change several times between Tech2, Yandoo and Noakesailing.

Once again, Noakesailing led the fleet at Clark Island with Tech2 and Yandoo close together, 15 seconds behind the leader.

The second lap of the course was similar to the first as Tech2 regained the lead from Noakesailing on the work back from Obelisk Bay to Shark Island.  This time, however, despite strong challenges from both Noakesailing and Yandoo, the Tech2 team was up to the challenge and held on for a well-deserved win.

Race 3 of the NSW Championship will be conducted next Sunday.  Spectators can follow the racing on board the club’s spectator ferry, however due to the COVID-19 policy, numbers are limited.  Booking online through the club’s website http://www.18footers.com.au/18-footers-sailing/spectator-ferry/ is essential.