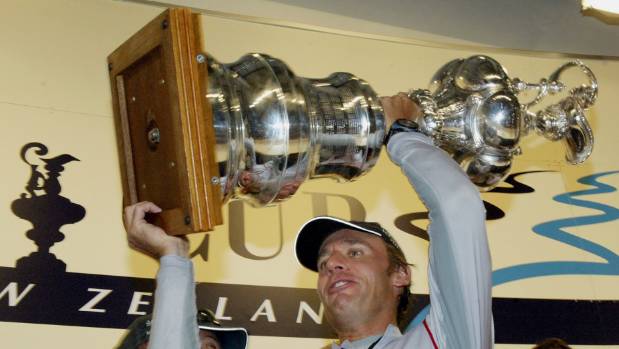 Alinghi boss Ernesto Bertarelli won the America's Cup in 2003 and defended it in 2007. Photo Reuters.

The man who broke Team New Zealand hearts in 2003 is considering a return raid on Auckland in 2021. Swiss billionaire Ernesto Bertarelli created history by winning the America's Cup in his first challenge when Alinghi used a crew made up largely of Kiwi stars to sweep Team New Zealand 5-0.

Alinghi defended the Cup against Team New Zealand in Valencia four years later but lost the Auld Mug to Larry Ellison's Oracle Team USA in a special multihull challenge in 2010. That was the last Cup act for Bertarelli, but he has kept his Alinghi sailing team operational and competitive and a return to monohulls for the next America's Cup clearly has him interested.

Bertarelli released a statement confirming they would carefully weigh up the pros and cons of the new America's Cup protocol released by Emirates Team New Zealand last week.

Bertarelli, who famously hired Team NZ aces Russell Coutts and Brad Butterworth to head his coup, has used his time away from the Cup to “inspire a new generation of highly talented Swiss sailors” and they would fit comfortably into the new nationality rules imposed for the 2021 regatta.

He said his Swiss sailors “have the ambition, experience and talent to be part of a team that competes against the best in the world”.

Read the full article and Alinghi's statement at Stuff.co.nz.