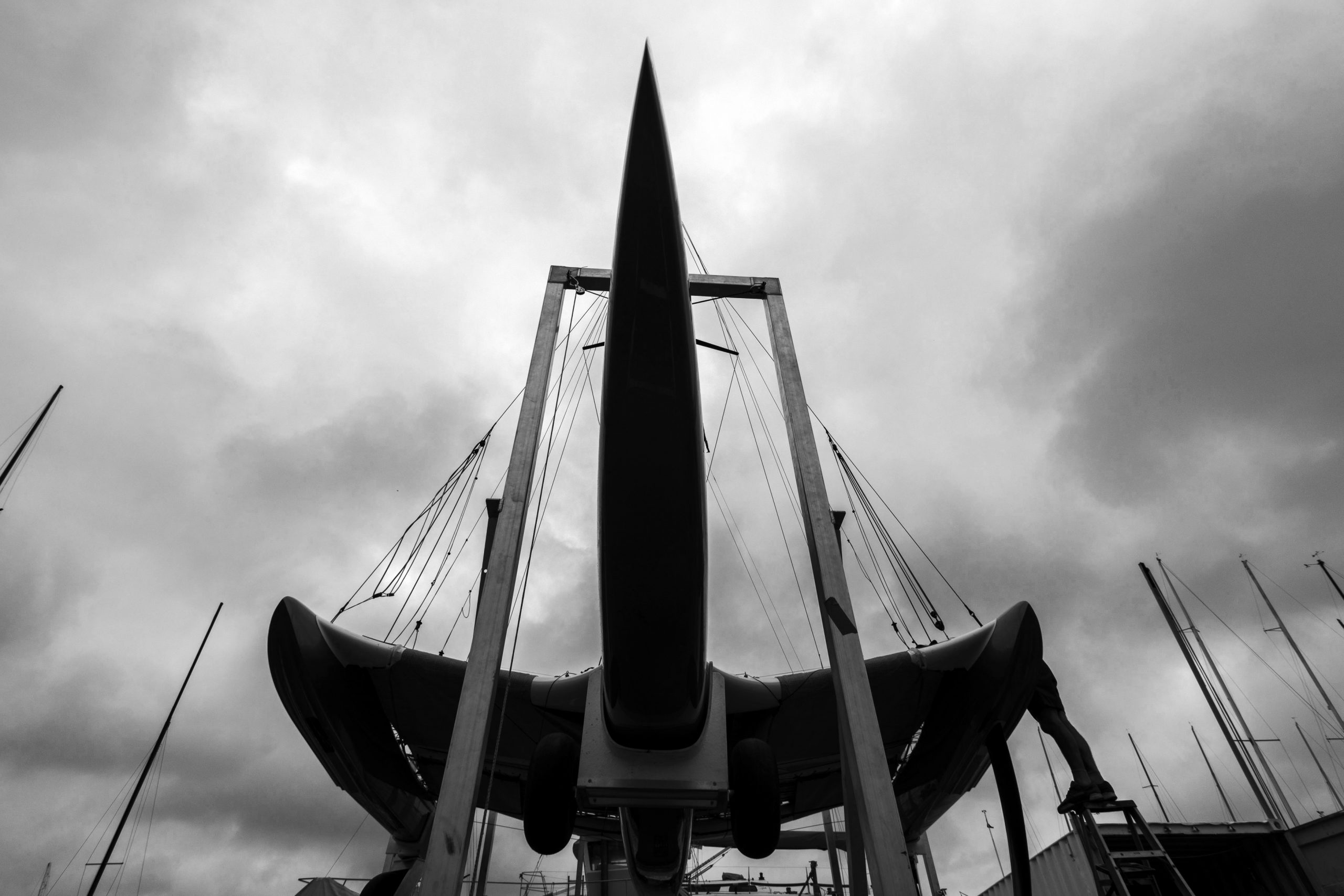 Geelong: Euroflex’s Geelong regatta margin is under threat after the second day of racing in Victoria was cancelled after hailstones and dangerous winds blanketed Corio Bay.

With double points on the line for Sunday’s racing Pavement, iD Intranet and this leg’s surprise packet Record Point can all leapfrog Eurfolex into the regatta lead with a win in the first race of Day 3.

Kleenmaid and tech2 will also look to make the most of double points in the quest to close the gap on the so far undefeated Eurofrlex trio of Nathan Outteridge, Iain Jensen and Victorian native Glenn Ashby.

“We are going to sail less conservatively tomorrow,” said Pavement’s Dan Morris, “And try and stay between Euroflex and the next mark.”

After making an amazing comeback to racing, tech2 was frustrated to miss out on a day of sailing after their shore team worked around the clock to ready their machine for the second regatta of the five leg Australian series.

“All teams are a challenge, it isn’t just about Euroflex. Each team has shown brilliance,” said tech2’s Aiden Menzies, “It is only a matter of time until we all put that together and there is going to be some tight racing at the front.”

With nearly 30knot winds buffeting the fleet, the sailors supported the decision to prioritise safety, “It was way over the safe racing conditions for the SuperFoiler. It was great that we could help get our boats in so we could help with the club’s youth sailors,” said SuperFoiler Race Director Richard Slater.

Live streaming of the double point Sunday session will kick off at 2pm local time on www.superfoiler.com