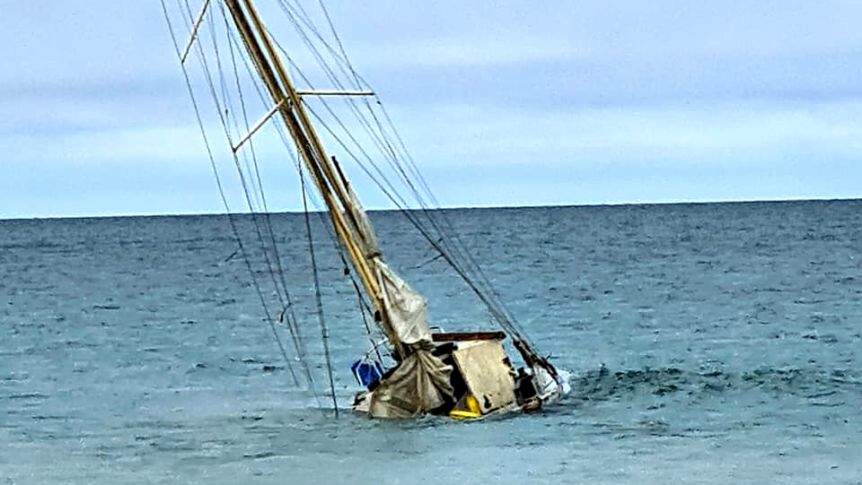 The yacht now rests on the sand just metres from the shore at North Haven Beach.(Supplied: Ella Mayward)

17/08/2020
ABC Radio Adelaide. By Malcolm Sutton.
A rotted boat stranded on a metropolitan Adelaide beach for weeks could be destined for the dump after it sank in shallow waters just two days after being pulled back to sea.

The boat was beached at North Haven Beach in mid-July after bad weather and a comedy of errors led it to drift to shore.

Excavator Bill Haros towed the yacht, which he dubbed the SS Minnow after the charter boat in 1960s TV show Gilligan's Island, from the sand to shallow water on Wednesday.

Pocked with holes and wood rot, the dilapidated yacht has since sunk just metres offshore where it was anchored.

“Looks like I'm going back to pick it up soon,” Mr Haros said.