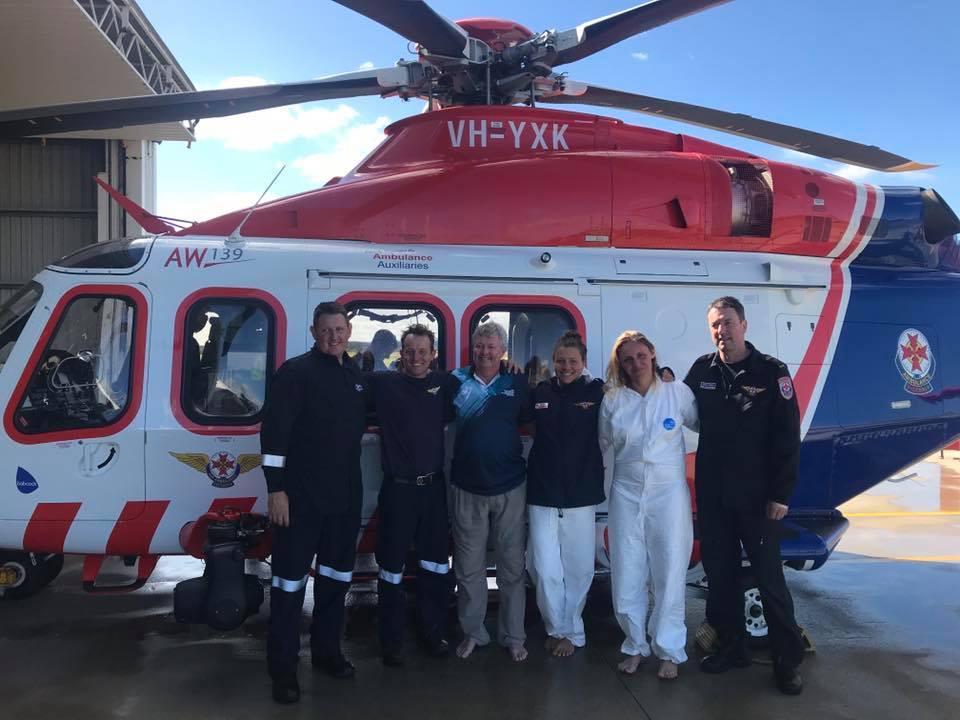 Jan 15, 2018. Ray Roberts' Farr 55 Hollywood Boulevard sank in icy waters 150km east of Flinders Island on Sunday night. She was being delivered back to NSW by a crew of six after the 2017 Sydney Hobart Yacht Race. All crew members were winched to safety.

Veteran of 40 Sydney Hobarts, Michael Spies, with 15 Hobarts and 1984 Olympic sailing representative James Wilmot, were among the crewmembers rescued by Air Ambulance. Spies told Channel 7 that he believes a collision with a sunfish early on Saturday morning was the cause of the incident. It is the second encounter with a sunfish for the yacht, which lost its port rudder after a similar incident in the 2014 Hobart.

The yacht began taking on water immediately after the collision. An emergency beacon was activated and the call went out to abandon ship. Mr Spies said the water was “exceptionally cold”.

Two Air Ambulance helicopters were dispatched to the scene, but had to stop at Flinders Island to refuel. Flight paramedics winched the crew on board the choppers. One aircraft, with three of the rescued crew on board, flew to the Latrobe Valley while the other took the remaining three to Essendon.

Paramedic Andrew Allan told Channel Seven it was one of the toughest rescues he'd seen. “The winds and swells were causing the boat and life raft to drift around in some odd angles, which posed some challenge for us,” he said.

Greeting the crew members at Essendon, the yacht's owner Ray Roberts praised the rescuers “for a marvellous effort” and was relieved the yacht's crew were safe. “The primary element of anything is the safety of human lives. It's great to see them,” he said.