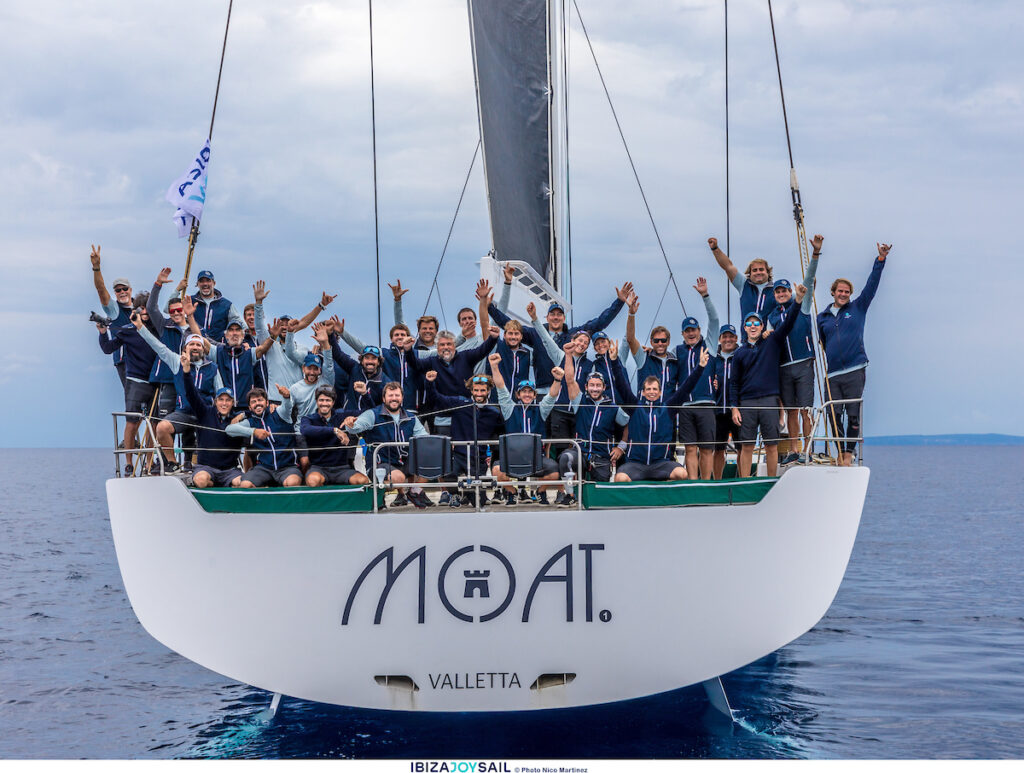 “It has been an incredible event. It is the first time that we have been racing with this boat..." said Nicolas Gonzalez, skipper of Moat following their regatta win. Pic - Nico Martinez 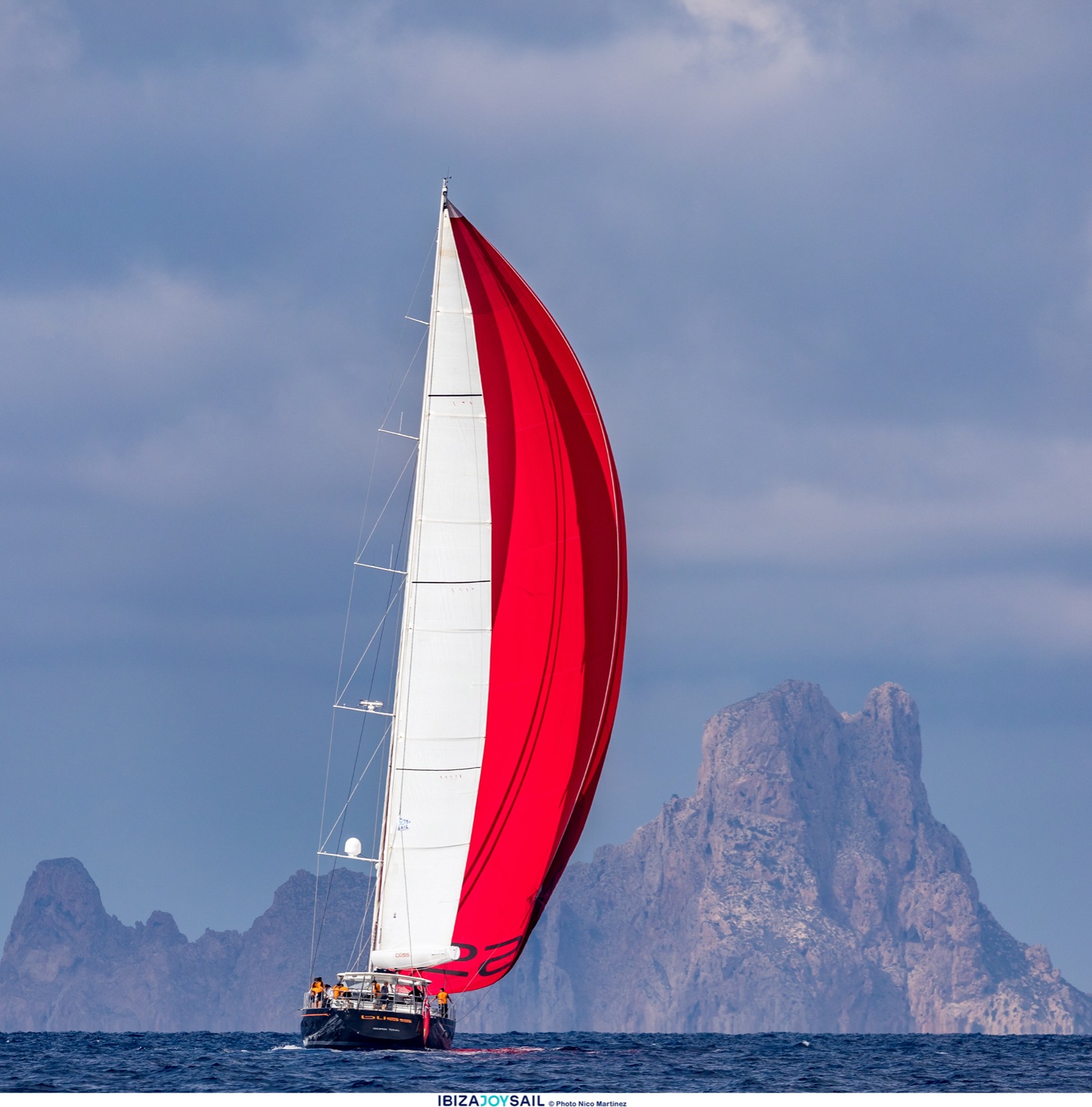 Racing at their first regatta since acquiring the boat, the crew of the Swan 115 Moat, were crowned winners of the inaugural Ibiza JoySail regatta.

The team led by skipper Nicolas Gonzalez and with round the world race and America’s Cup winner Juan Vila as navigator, went into the final day of racing tied on points with the YD 120 Bliss. But a lack of wind on the final day meant there was no opportunity for a deciding contest to separate the two.

After two impressive races around the stunning island coastlines Ibiza and Formentera wearing the beautiful hues of Autumn in the Med, it was Moat that won overall based on aggregated corrected time.

The Moat crew took line honours in both Friday and Saturday’s race and looked to be growing in confidence on the newly named and recently purchased Swan 115.

Smiling on the dock at the Marina Ibiza the skipper Gonzalez said of their participation in first ever Ibiza JoySail, “It has been an incredible event. It is the first time that we have been racing with this boat, and it really is a pure race boat. For us it is just like a dream come true to go sailing with such a boat and to win here in Ibiza”

He added, “Ibiza and Formentera are beautiful places to go sailing and the event and the concept is great. I believe the event has a big future and it could well become the place to be.”

They were put under pressure by the largest boat in the fleet, the well-travelled and successful Bliss, winning on corrected time on the first day of racing on Friday. While they were unable to repeat their winning performance on the second day, the crew sailed a fantastic race at the first ever Superyacht and Maxi regatta of its kind in Ibiza.

With Shamanna and Dark Horse making the most of the stunning race track and gaining invaluable race experience, the event proved a huge success for everyone involved.

Owner of the beautiful Swan 80, Dark Horse, Morgan Jones said, “It has been great fun and we have really enjoyed. It is the first time we have raced, and it is great to be alongside much more professional teams. I am looking forward to returning to do it again next time!”

The event opened on Thursday in the Bay of Palma, with the fleet making their way to Marina Ibiza for a series of coastal races followed by an exciting evening programme.

Speaking at the prize giving ceremony after the event, Marina Ibiza and STP Shipyard Palma’s Marketing Manager, Kety Sierra said, “Thank you to everyone that came and joined us for the new adventure. This was only possible thanks to the pioneers of the first edition, they made it possible, and we hope to grow year on year.”

“The participants caught the spirit and atmosphere that we wanted to achieve with the event, and we now have a special Ibiza JoySail family which I hope will remain for a long time.”

After the success of this first event, Ibiza JoySail look forward to welcoming entrants to the beautiful Balearic Islands in the future for more regattas.