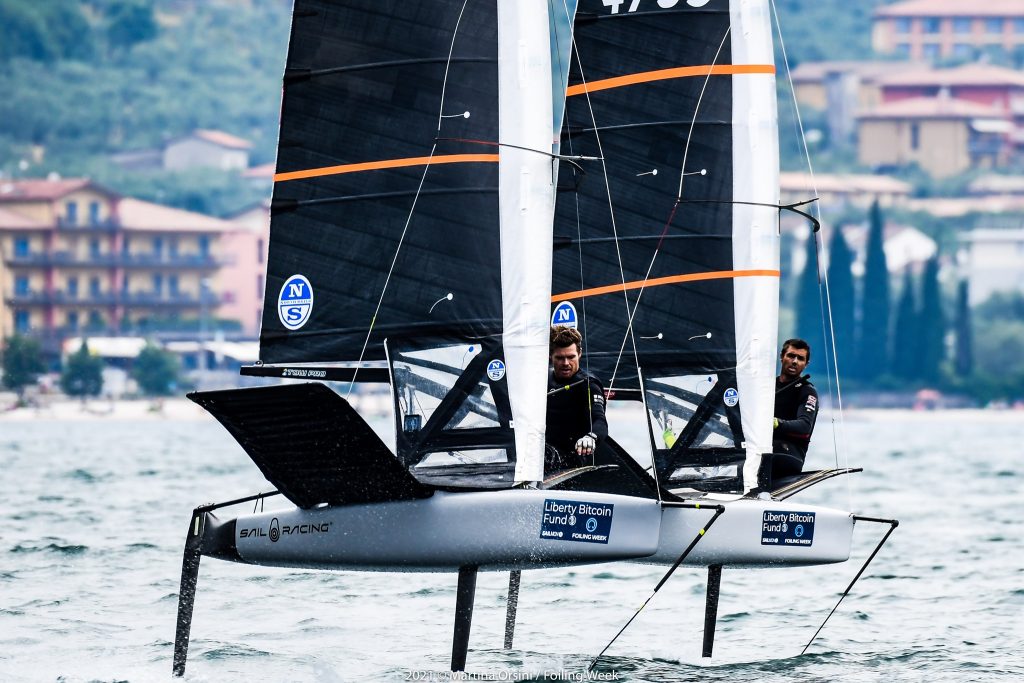 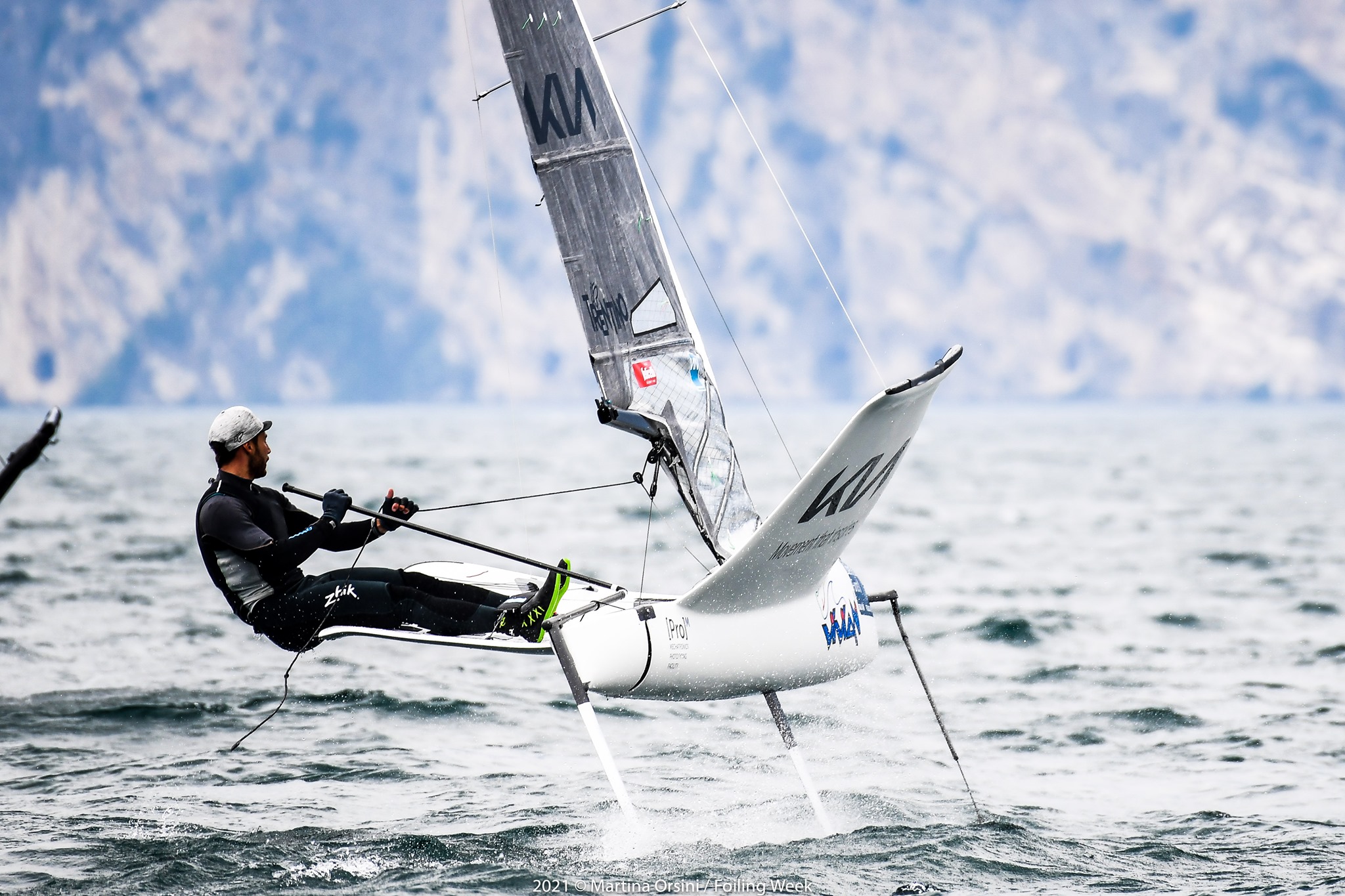 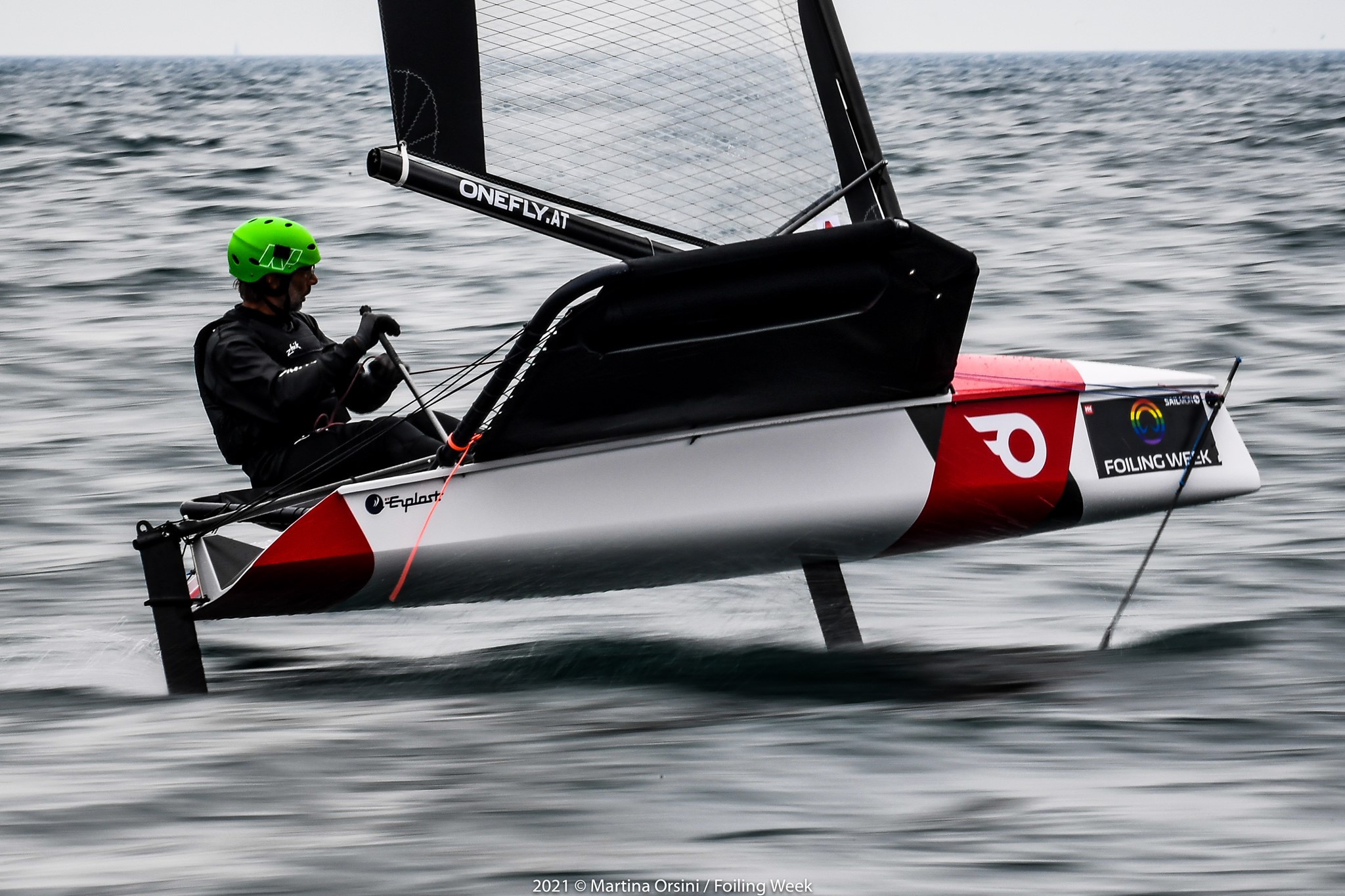 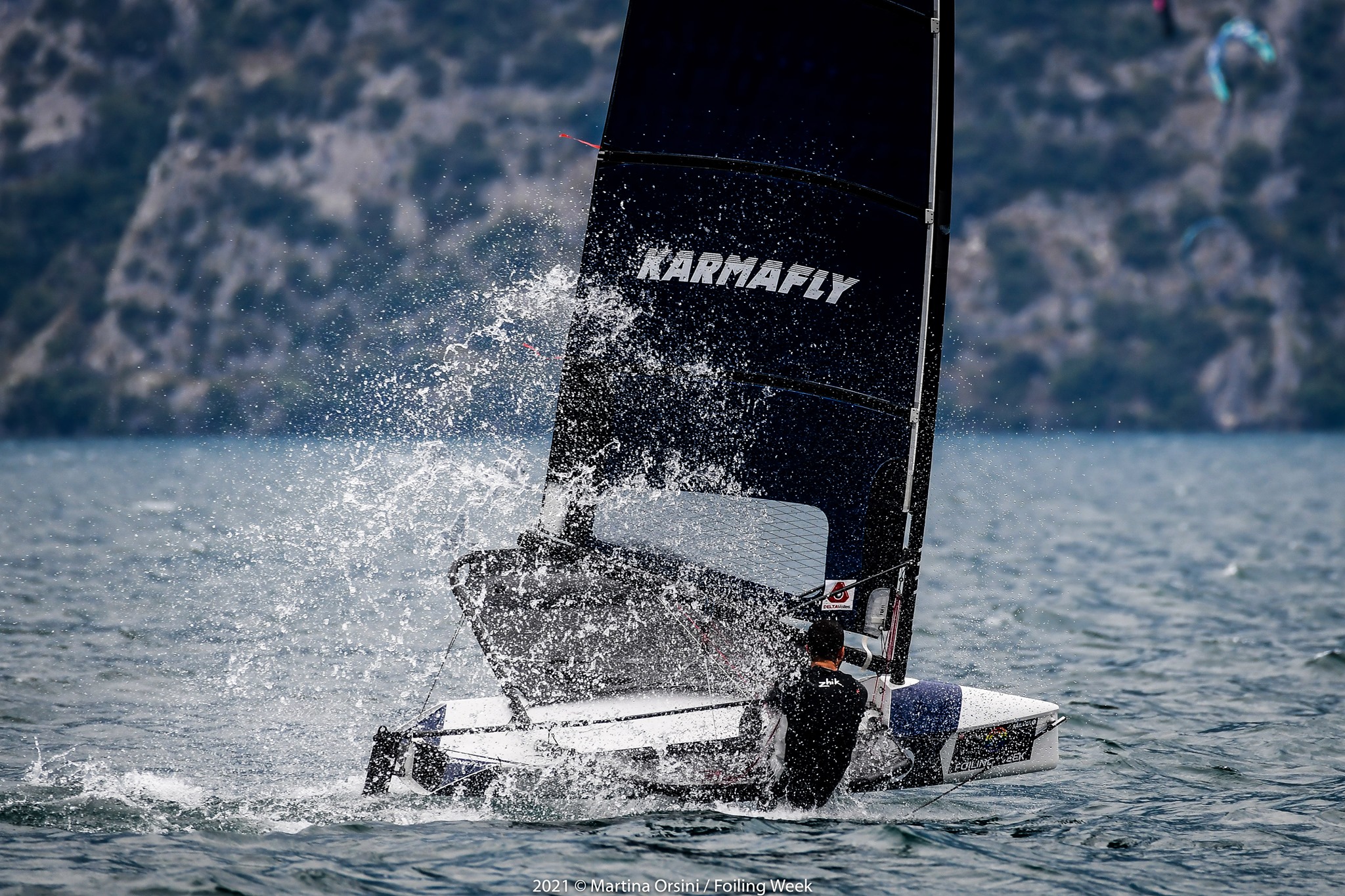 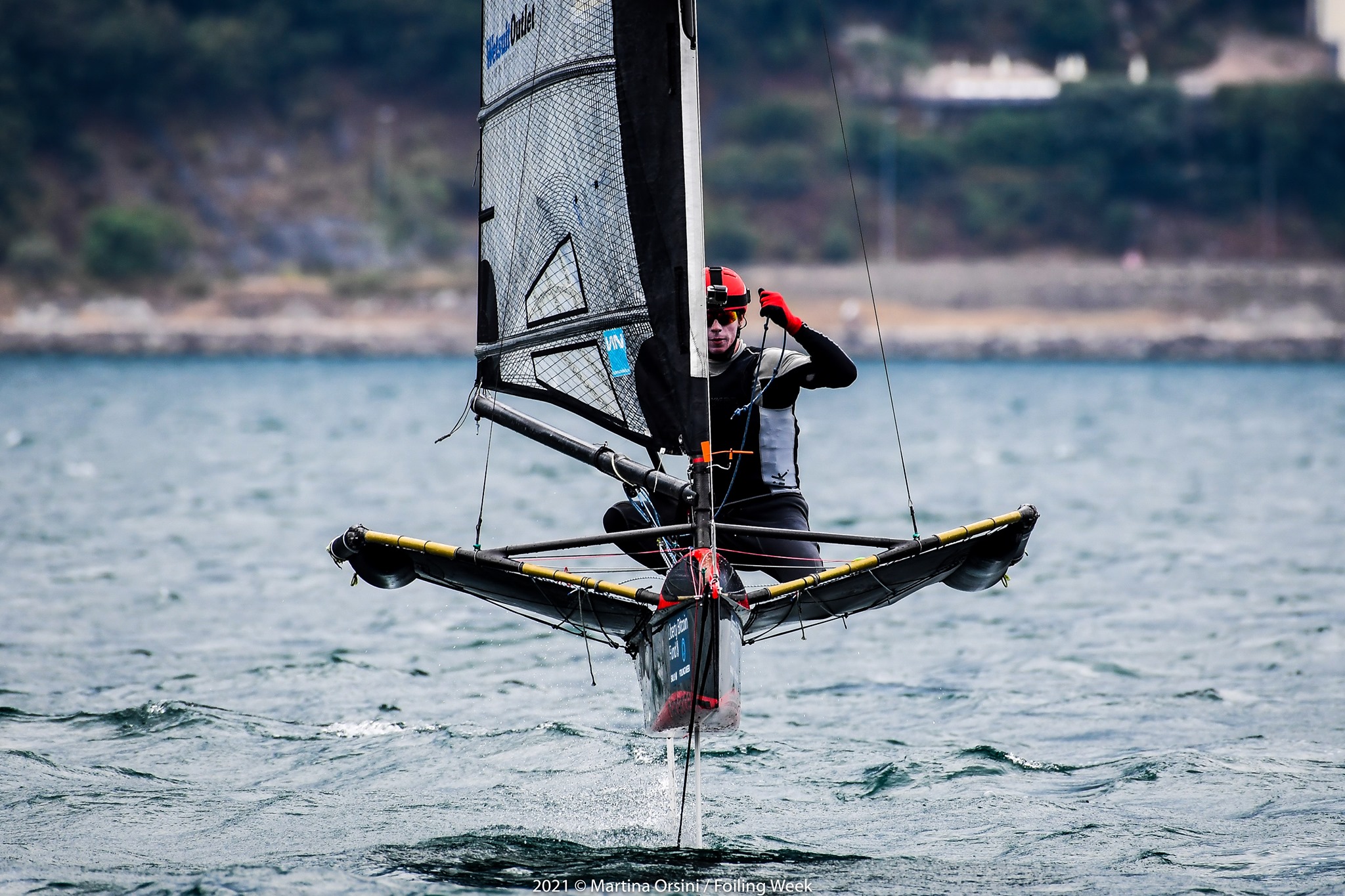 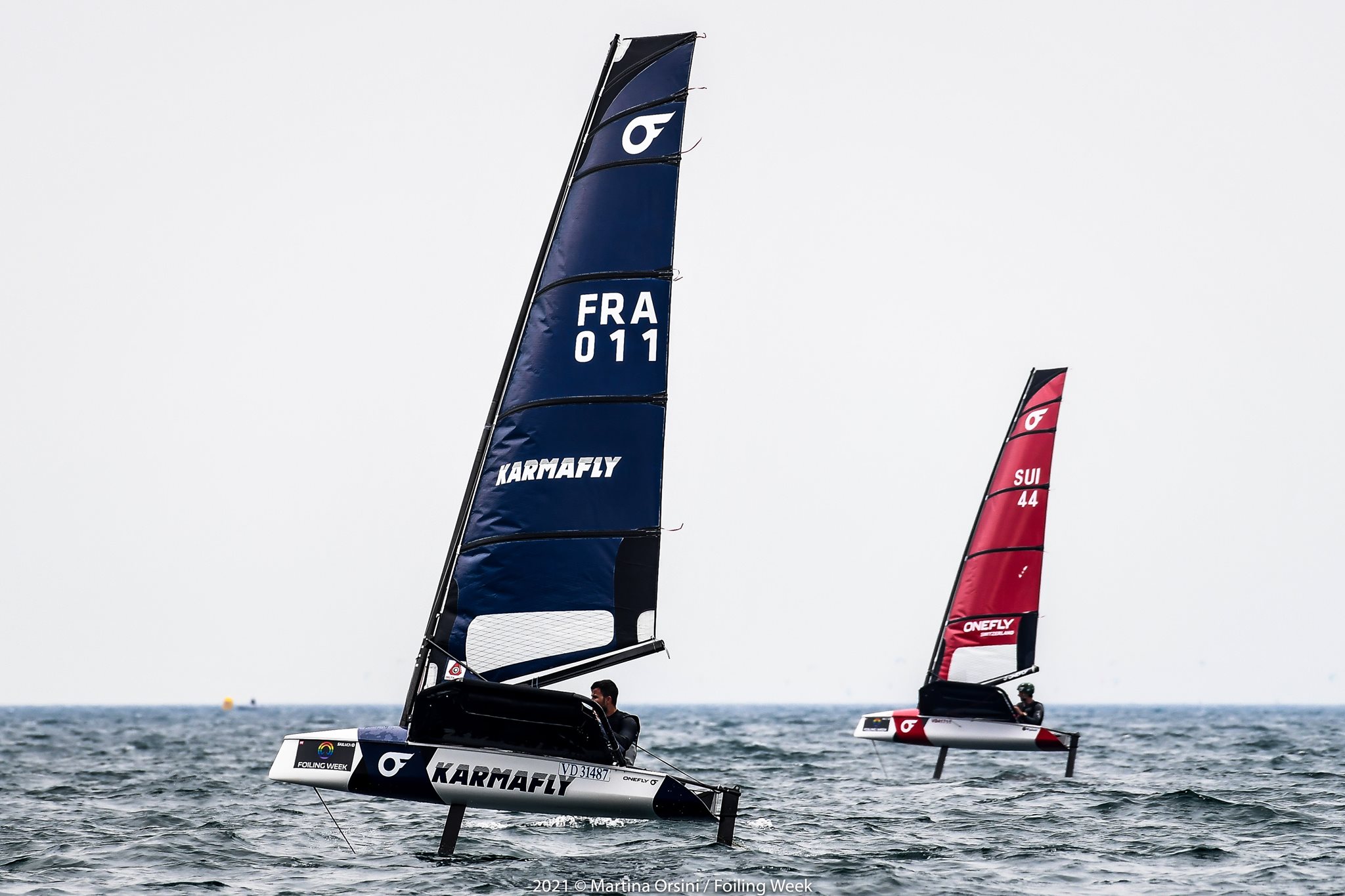 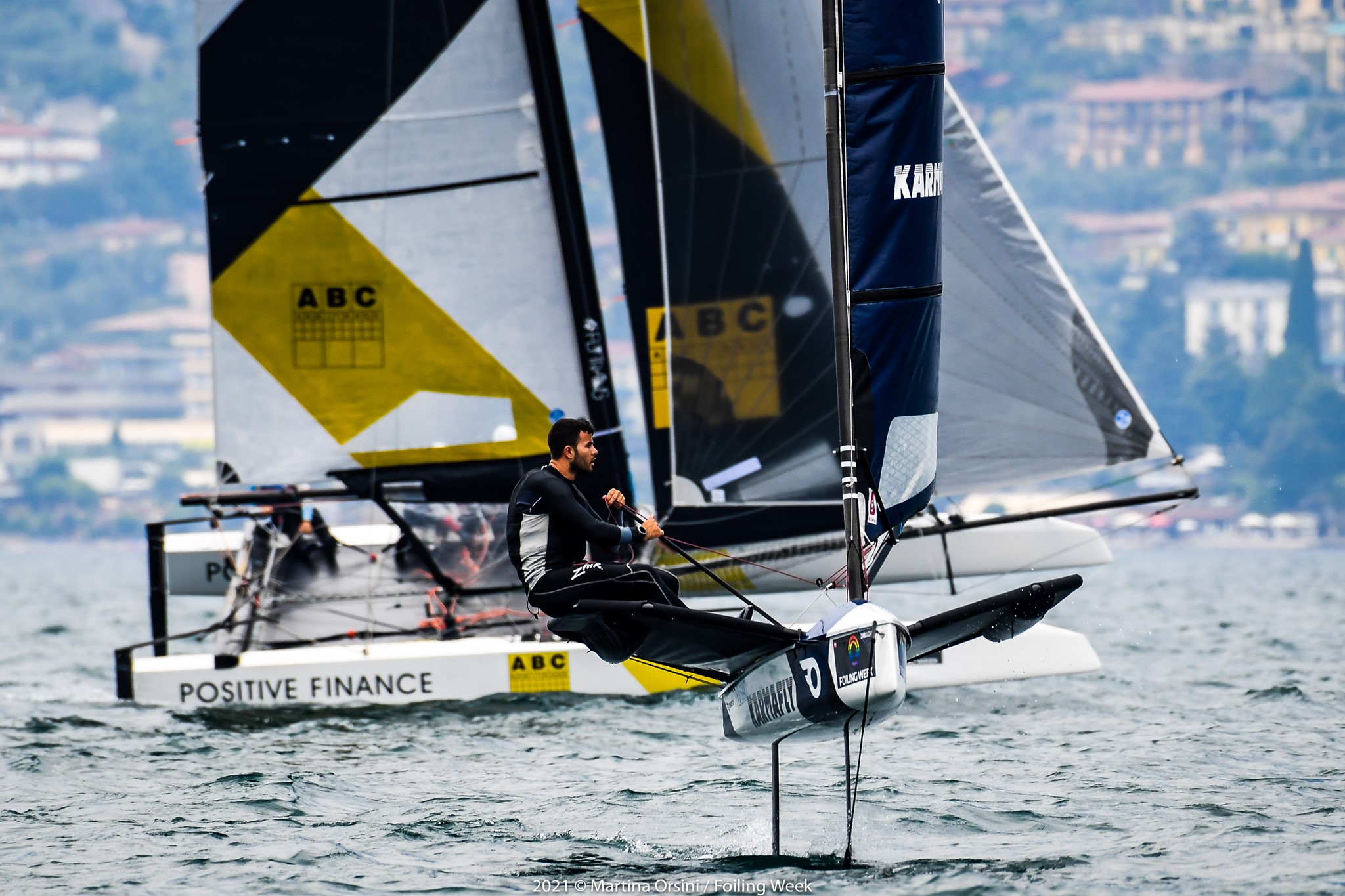 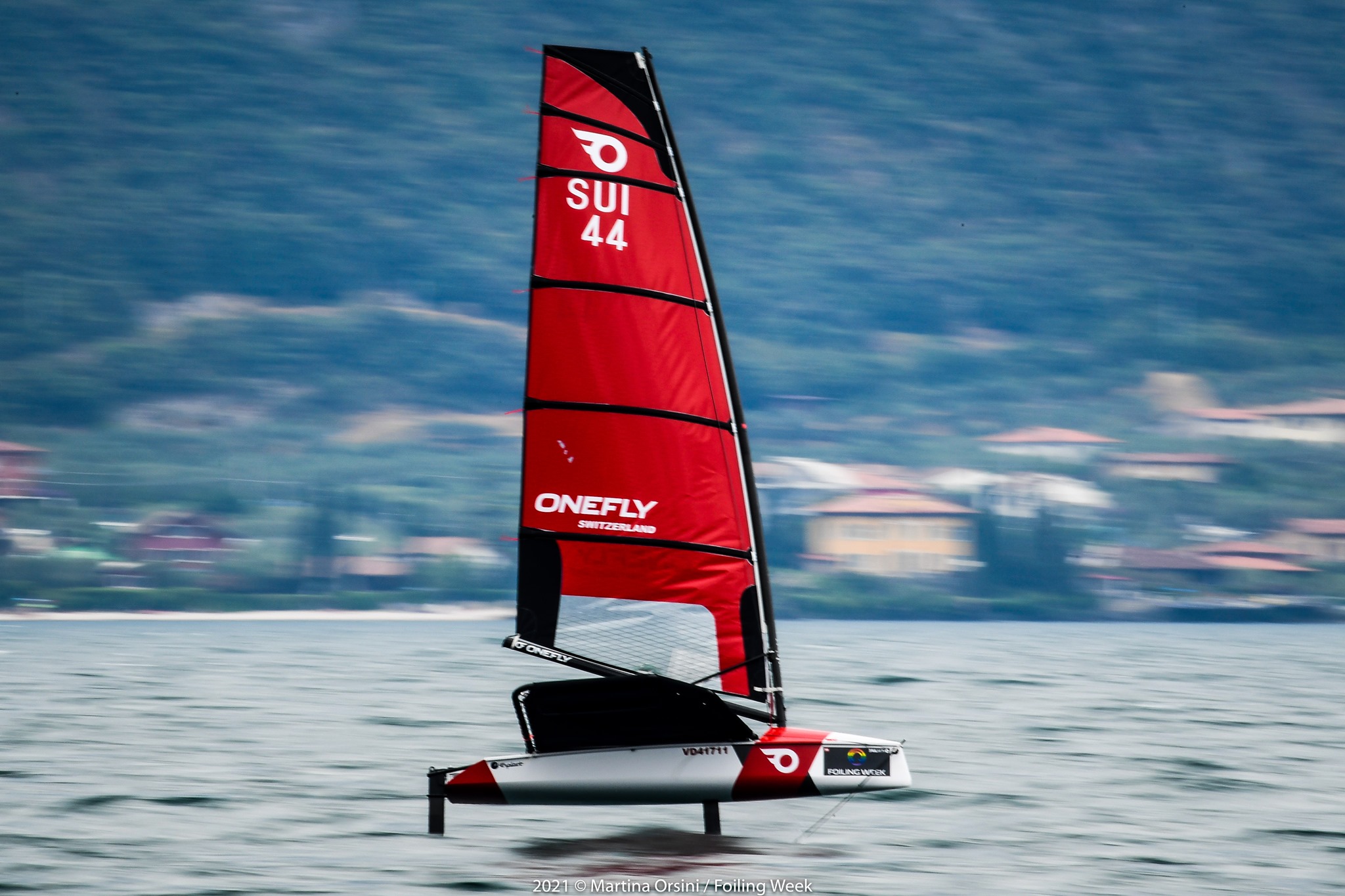 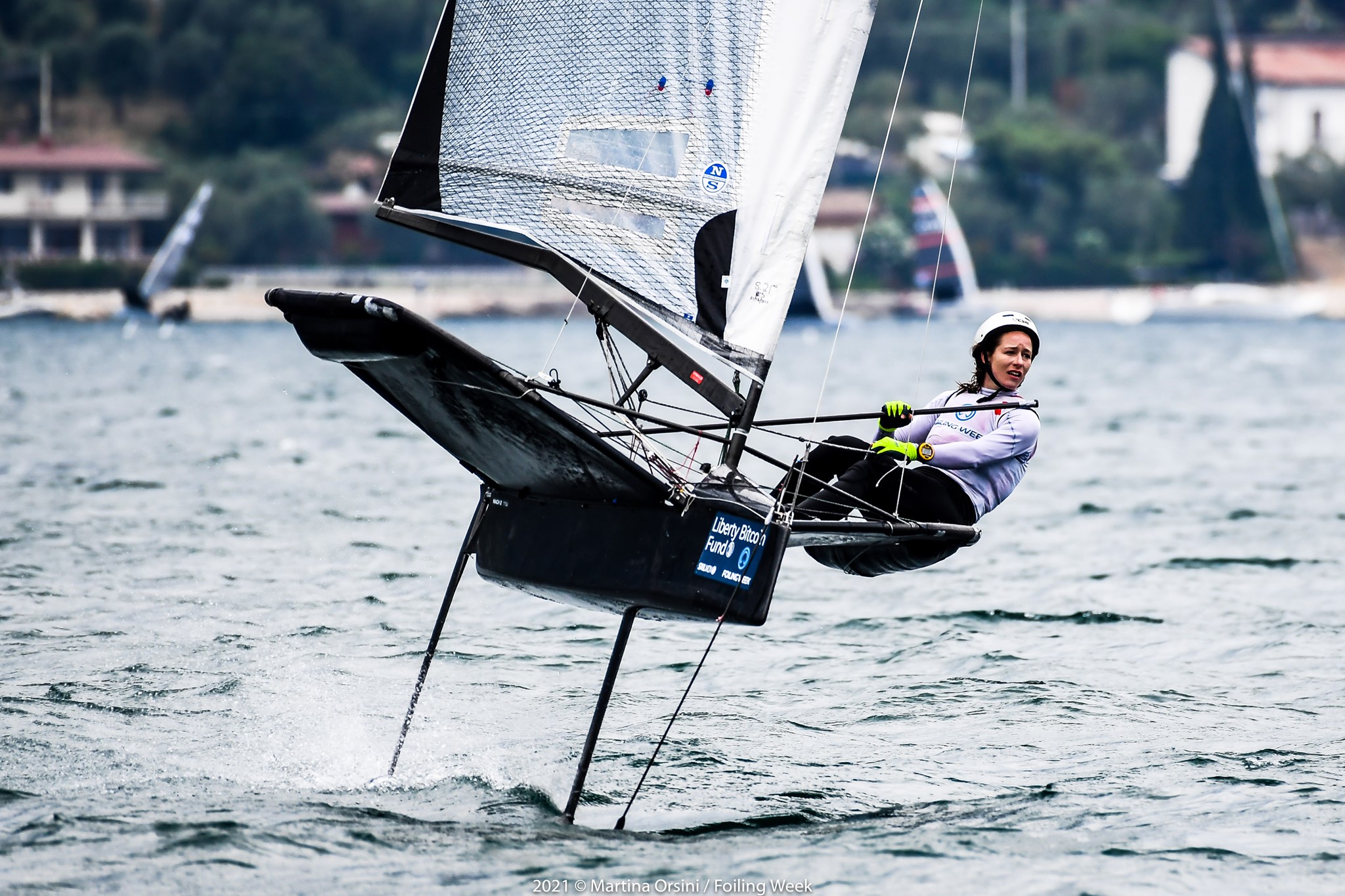 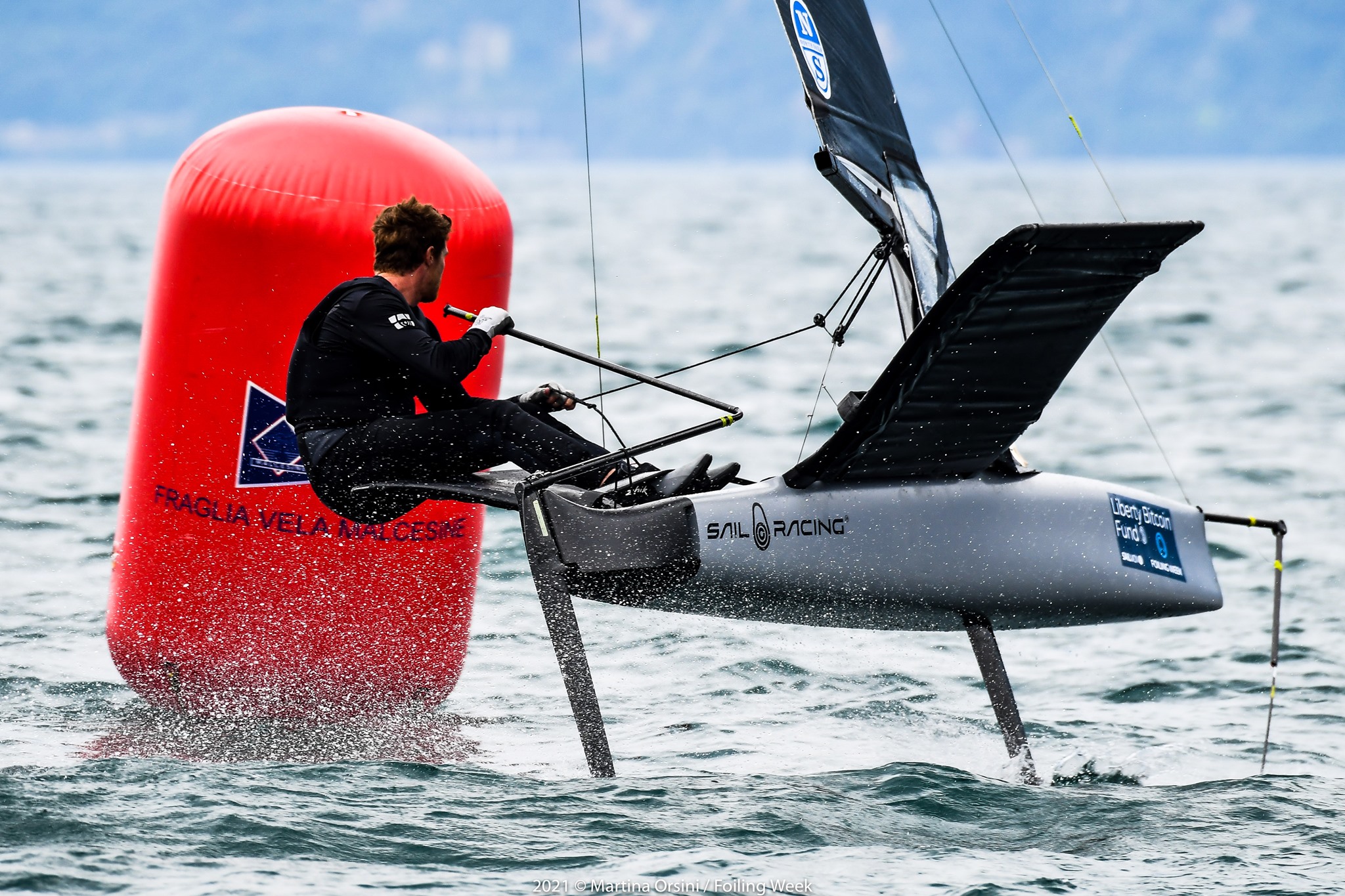 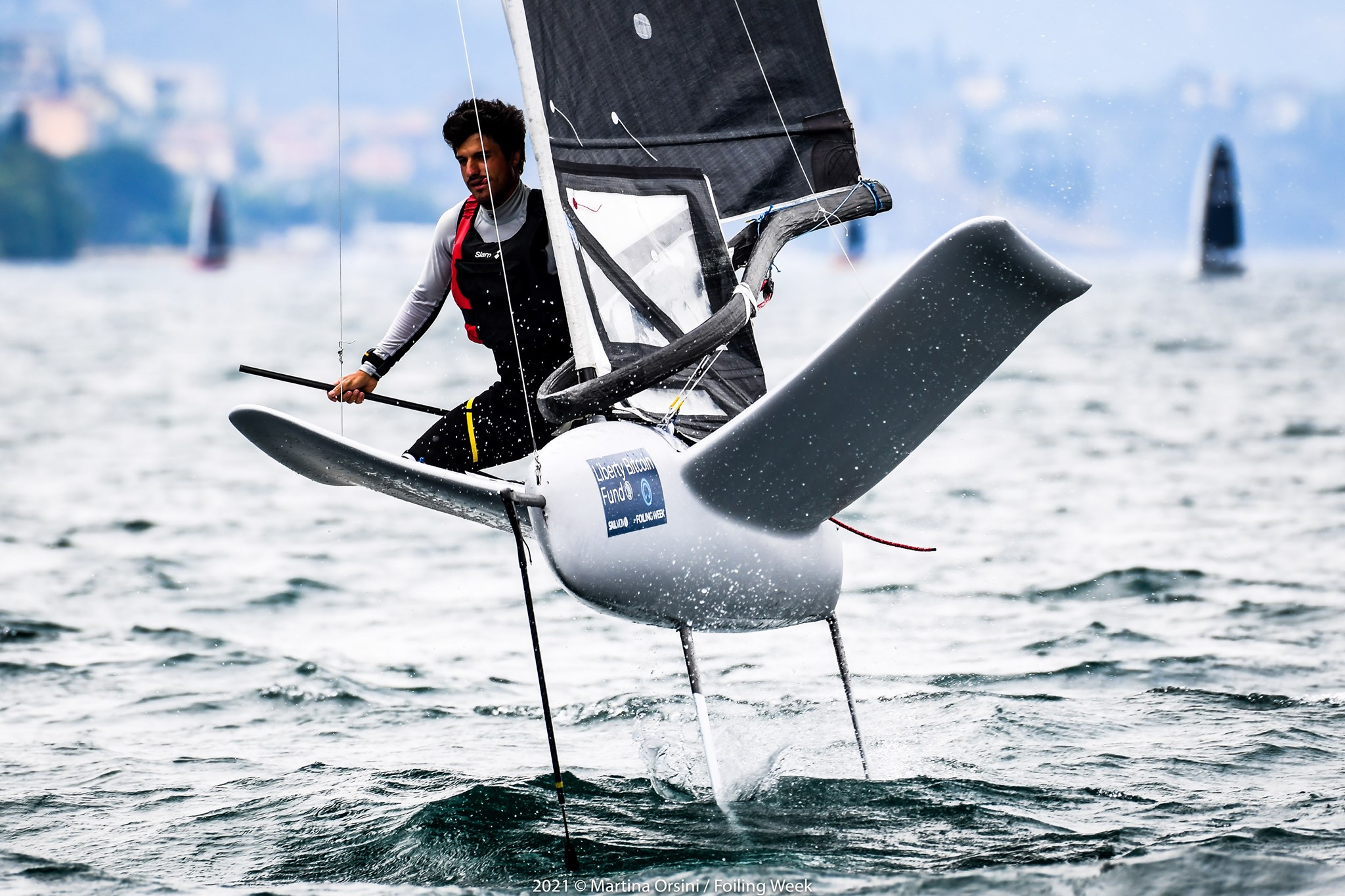 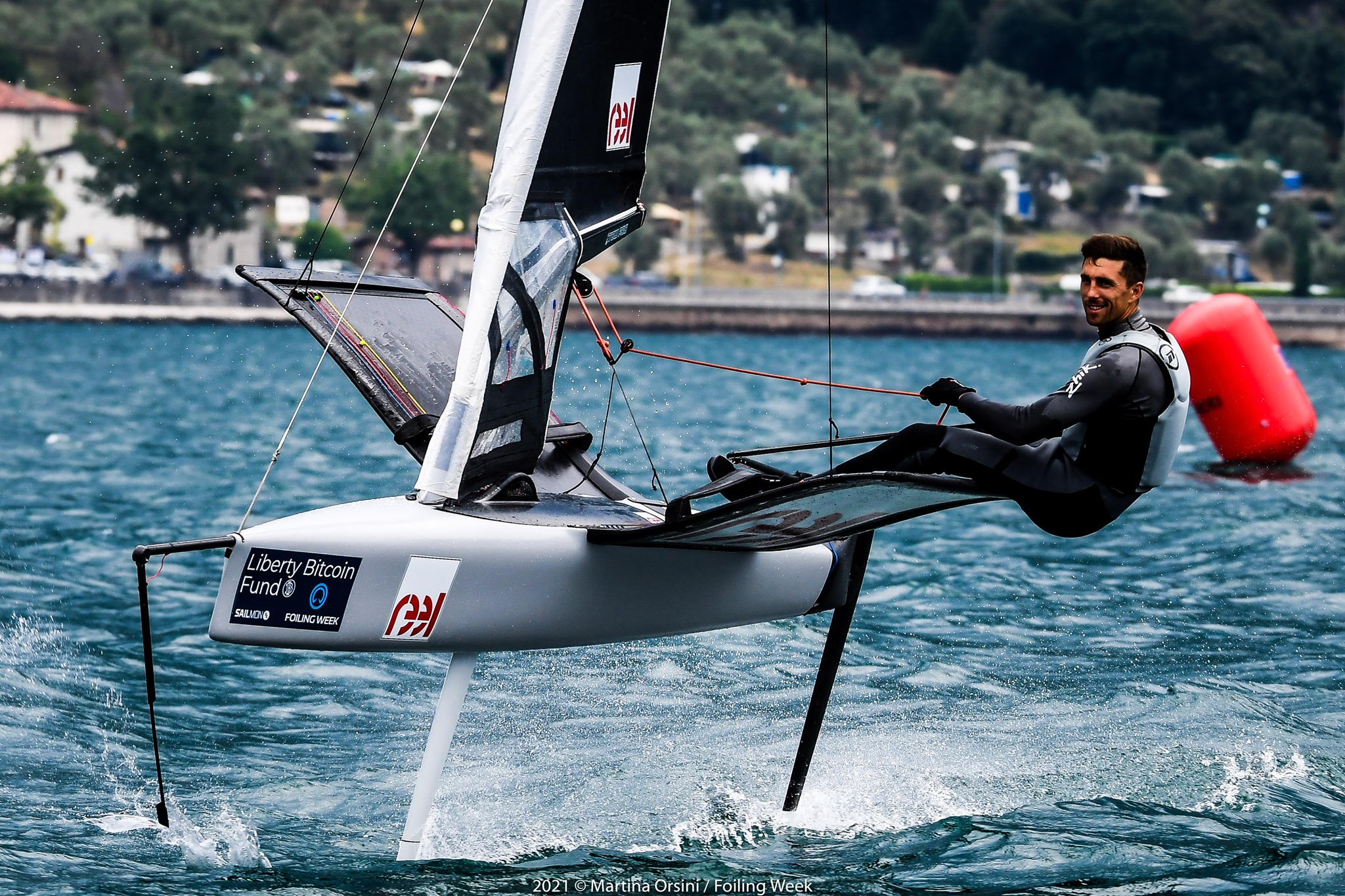 Australian sailor Tom Slingsby got off to, for him a somewhat unexpected start of the day with a 6th in the first race. But he soon got back on track with two wins. With 8 wins out of 11 possible and 10 points in total, Tom not only took home the first prize in the Liberty Bitcoin Moth Cup, but he also remains the bookmaker’s favourite for the upcoming Moth World Championship in September 2021. Slingsby said, “This was really a good test for all-rounders. Most importantly I had the speed, and that makes life pretty easy.”

Italy’s Ruggero Tita, delivered another three races with consistent top results: 4, 2 and 2. 24 points overall and a strong 2nd place. Tita  is now off to prepare for Olympics in Tokyo with his the Nacra 17 crew Caterina Banti.

Nicolai Jacobsen (19) followed closely to Tita with a 3rd and 4th in the first two races, while he discarded a 7th for the series in his last race. With 35 points, the young sailor from Royal Hong Kong Yacht Club finished at the podium at a strong 3rd place. Standing at the podium together with Slingsby and Tita was a dream come through for Jacobsen !

When asked about Jaobsen’s performance, Slingsby said, “Nicolai has come in on leaps and bounds in the month I have known him. We did some training together, and the input from his coach Chris Rashley has been huge. Something just clicked and Nicolai was going faster and faster every time he was out on the water. He really is the man to watch in the Moths right now. He has a huge amount of talent and works really hard, and he is only 19. I wish I was 19 all over again…”

Aussie Ian Jensen was back with top results today with a 1, 3 and 5. But unfortunately with some boat damages yesterday he carried on too many points to make it to the top of the overall ranking. But clearly the former Olympic Gold medallist and two time World Champion is someone to watch out for at the Moth Worlds in September. Likewise, the Italian superstar and America’s Cup helmsman and Prada Cup winner Francesco Bruni was unable to compete today, but will for sure be another favourite for the podium at the World Championship in September.