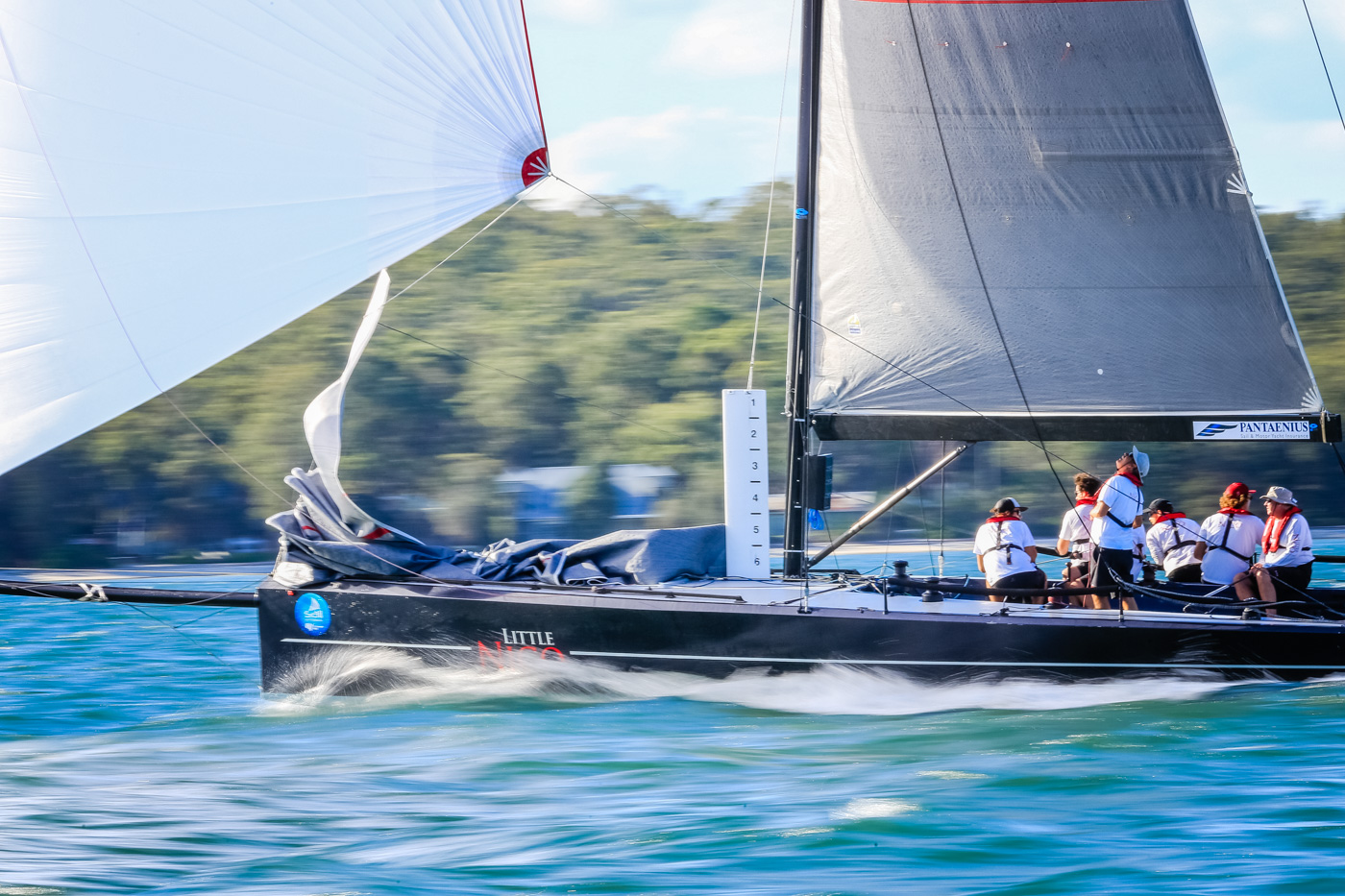 Sail Port Stephens turned on a stunning autumn day and better than expected winds for the opening races of the regatta’s second stage, called the Port Stephens Trophy, for near to 100 boats.

Fleets fanned out under separate race management teams for the spectacular passage race in building afternoon nor’easters around the three islands off the entrance to Port Stephens, IRC to the north of Cabbage Tree Island and Performance Racing and Sports Boats inshore at Salamander Bay.

It’s early days but after excelling on the flat waters in the bay today, when the Shaw 11m Little Nico gets up on the plane and boogies, Adrian Walters and his top Sydney crew have the jump on Tony Levett’s Sydney 38 TSA Management in Performance Racing division.

A 14 knot afternoon sea breeze was made to order for the sports boat division. The youngest skipper in the entire Sail Port Stephens fleet, 14 year-old Tyler Ratcliff, and the full father and son crew on the Viper 640 Heat lead the series by a point after three races.

A capsize in the sports boats’ race three came about when skipper  Mick Hinchey fell off his Shaw 650, so aptly called Dripping Weta. Hinchey was dragged back on board smiling, and still wearing his hat and sunglasses, commenting later, “When things go wrong they go terribly wrong.”

Performance Cruising passage race highlights included Greg Elliott’s self-designed Elliott 1350, Fortuna, the home away from home for the famous Kiwi yacht designer and his wife Jo collecting a third in division 1. The result is exceptional given they are the only boat in their division racing sans spinnaker, purely for space saving reasons.

Grant McKellar’s Eureka 31 called Stockade out-smarted the other division 2 challengers to be declared the winner of the islands passage race on corrected time. As Stockade and Kelsea Blue were coming in the mouth of the bay under matching red kites, a pod of dolphins shadowed by a large dolphin-watching cruise boat was heading out.

The MC38s, including the New Zealand crew of Menace, begin their quest for valuable first points at the opening class event of a three part season championship tomorrow. Reigning Australian champion Ginger (Leslie Green), winner of the 2015 season championship Menace (Howard Spencer), and the ever-competitive Dark Star plus Clare Crawford and Assassin from Pittwater make up the one design fleet. The timetable for the MC38s is two days of four races per day.