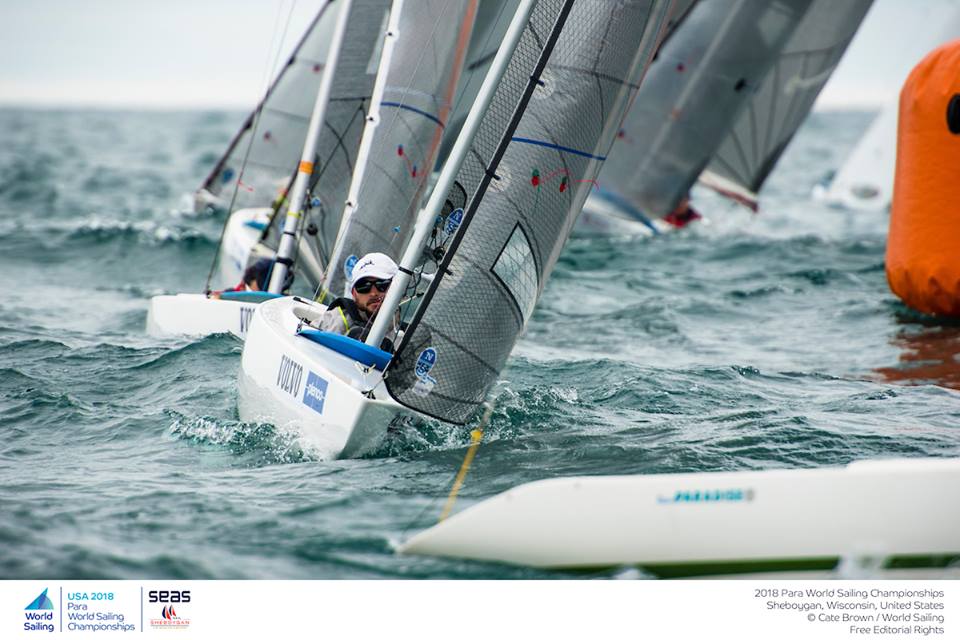 Lake Michigan showed a different side on Friday as strong winds whipped up just off of Sheboygan, Wisconsin, USA at the Para World Sailing Championships and after days of light, challenging breeze, gusts of up to 35 knots were recorded on the racing areas as a decision was made just before 12:00 to cancel the day of racing.

Saturday is the final day of the competition at the Championships and the medals will be decided.

The 2.4 Norlin OD will sail their first ever Medal Race and as Damien Seguin (FRA), Matt Bugg (AUS) and Dee Smith (USA) are separated by two points, it will be winner-takes-all out on the water.

Two races in the Men's Hansa 303 on Thursday decided the top ten who will advance to Saturday's semi-final. The top four from the semi-final will move on to a winner-takes-all final race to decide who will be crowned world champion.

In the Women's fleet, the top four from their nine fleet races will move to a winner-takes-all final. After winning six out of nine races, Poland's Olga Górnas-Grudzien was viewed as the clear favourite for gold. However, the Polish sailor received a disqualification in races two through to seven for using equipment in the boat that was not allowed within the Hansa 303 class rules.

Alexandra Rickham and Hannah Stodel (GBR), John McRoberts and Scott Lutes (CAN) and Will Street and Jonathan Currell (GBR) all advanced to the RS Venture Connect winner-takes-all final race after the first three days of competition.

A qualification race will be held between four teams on Saturday morning to decide who joins the three qualifiers in the final.