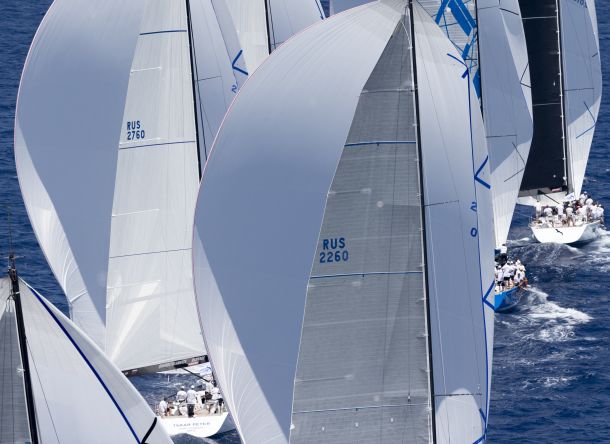 A busy year with new launches, boat shows and  ClubSwan events lies ahead for Nautor’s Swan, the Finnish brand which since 1966 has produced more than 2,000 yachts.

The season will kick off with Boot Düsseldorf 2015, one of the world’s premier boat shows from 17 to 25 January 2015.  An occasion to find out what is in store for Nautor's Swan in 2015 and learn more about the current SwanLine which ranges from 53 to 115 feet, visit the Superyacht Hall 7A, stand E17.

The focus will most certainly be on the new Swan 95, which had its official debut at the Rolex Swan Cup and Monaco Yacht Show last September, and has already secured its first owner. This Swan 95 S, a semi-raised saloon version, is already in build and will leave Nautor's yard in Pietarsaari, Finland in June 2017.

Looking ahead, there is already anticipation for the launch of the first Swan 115 in the summer of 2015, the first of four flagships sold, setting the pace for a full order book in 2015 and beyond.

Meanwhile the team at the yard in Pietarsaari, shrouded in winter darkness, is working hard to meet all the deadlines: the Swan 60RS is about to enter its final stages of build and will be soon moved from the plug & mould fabrication and lamination plant to the Boatbuilding Technology Centre (BTC).

The deck of Swan 115-001 is already at BTC where the team of skilled Finnish workers is ready to start the teak laying process. Meanwhile, the second Swan 115 is in assembly and the third Swan 115 is in lamination.  Swan 36 Tarantella, the first Swan ever built, will soon undergo a complete refit, alongside a Swan 68 also being refitted.

On the water, the 2015 ClubSwan racing season will set off in style with the second edition of the Rolex Swan Cup Caribbean, hosted from 3-7 March by Yacht Club Costa Smeralda in their stunning clubhouse and marina in Virgin Gorda, BVI.

Swan owners from all over the world will also enjoy the true spirit of Swan at other signature events such as the Gazprom Swan European Regatta in Cowes, UK (July 4-10), which will include the Swan 45 World Championships. The other two Nautor’s Swan one-design classes will enjoy some spirited racing in the US at the Rolex NYYC Invitational Cup (September 12-19) for the Club Swan 42 fleet, while the Gazprom Swan 60 class will hold its World Championships in Tuscany at the Marina di Scarlino (May 11-16).