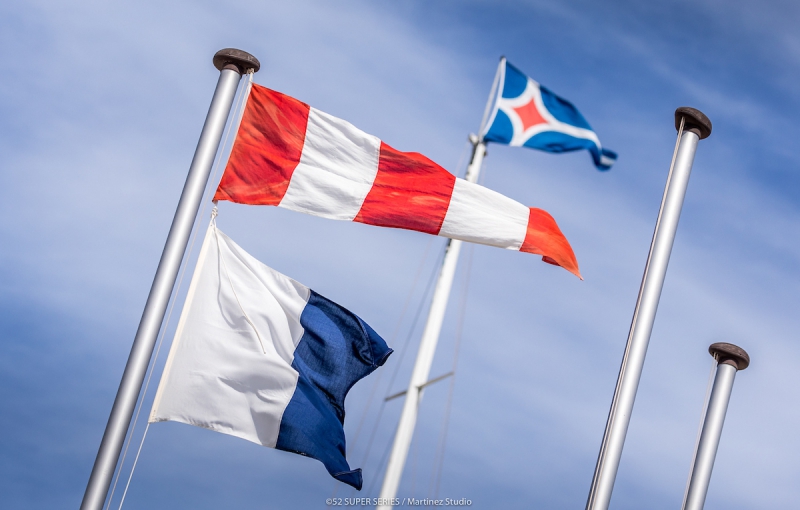 The flags indicate no more racing for the day

Porto Cervo, 24 September 2019. An increasingly strong mistral wind blowing at an average of over 25 knots, and gusting at up to 40, meant racing was cancelled for the first day of the Audi 52 Super Series Sailing Week, organised by the Yacht Club Costa Smeralda in collaboration with the title sponsor Audi.

Principal Race Officer, Maria Torrijo commented: “The wind was 5-10 knots stronger than forecast, we waited to see if it would die down but that didn't happen, it is actually increasing, there was no option to go ahead. Tomorrow we'll try to make up for the missed racing, but the wind will still be very strong, this is something that happens fairly often in Porto Cervo.”

The starting signal for tomorrow, 25 September, has been moved forward to 11 a.m. CEST, with the intention of completing three windward-leeward races instead of the scheduled coastal race.