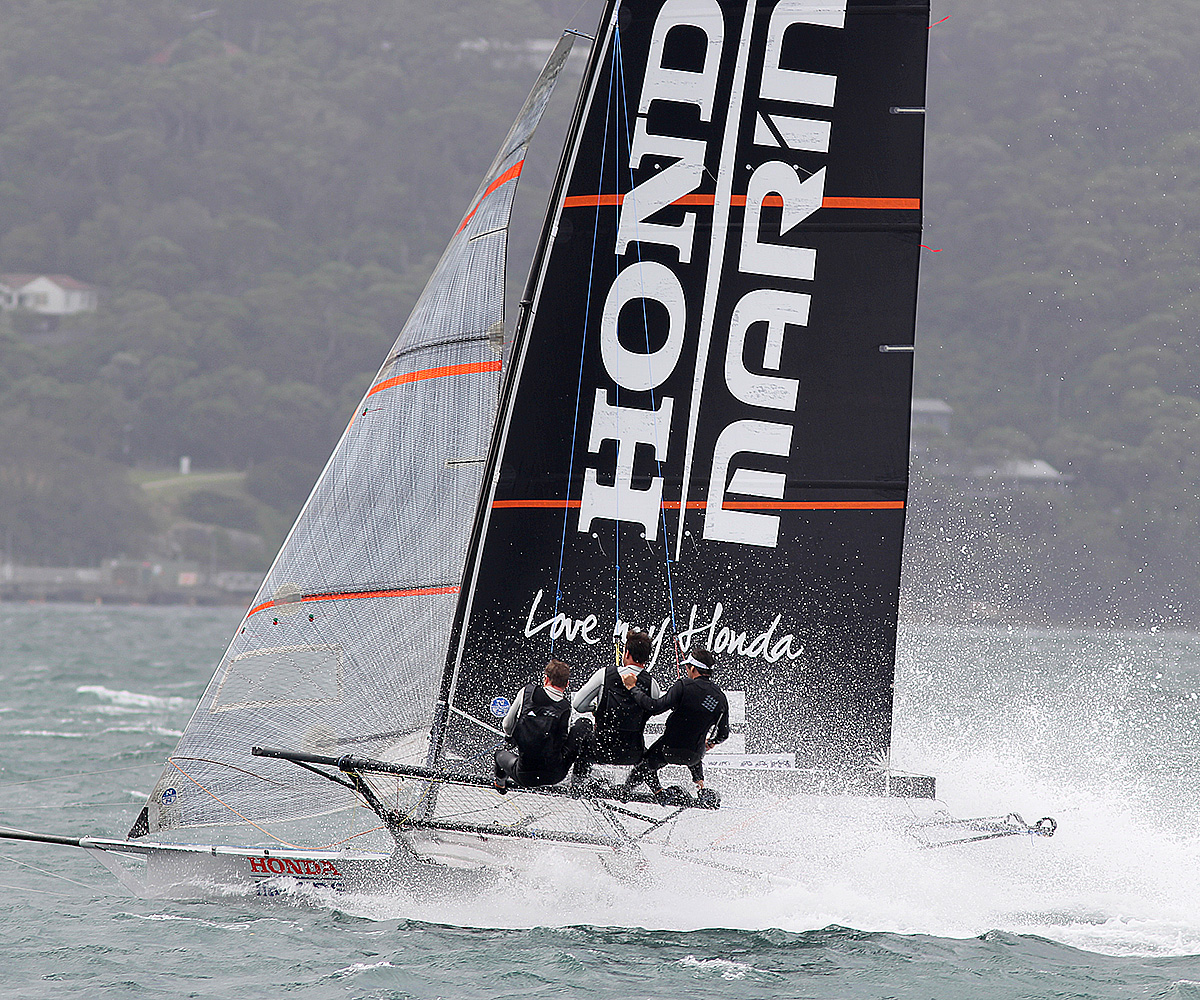 After losing the title to the red-hot New Zealand Honda Marine team in 2018, the local Australian fleet has been strengthened, but they will all have to produce their best and most consistent form if they want to repel the challenge from the four nations wanting to grab the honours again.

Leading the international invasion, will be the defending champion Honda Marine team of Dave McDiarmid, Matt Steven and Brad Collins and the newly-crowned New Zealand champion ASCC, crewed by Josh Porebski, Jack Simpson and Dave Hazard. Dave and Josh finished first and second in 2018, ahead of Australia’s top competitor in the championship, Asko Appliances, skippered by James Dorron.

The two leading kiwi teams were strong all-round competitors and we can expect another tough challenge at the top of the fleet, but the local Asko Appliances, Finport Finance, Smeg, Winning Group and Bing Lee teams are all poised waiting for the world’s best 18ft Skiff championship to begin next Saturday.

Dave McDiarmid is looking forward to the challenge and said, “We are very grateful to have the opportunity to defend the JJ Giltinan trophy. We are lucky to have such loyal sponsors and support crew that has made another year possible. Our support crew has grown year on year and has become a very powerful group.

“Brad, Matt and I have been having the time of our lives sailing the 18 foot skiff so we are going to enjoy every moment of defending the title. We have a very competitive NZ team of four boats coming over. Maersk Line, C-Tech, ASCC and Honda Marine.

“The Sydney fleet is packed with talented sailors and we are sure they will be very competitive. This regatta will definitely be one to watch.”

Katie Love will be representing the US for the second time. She first came to the JJs as skipper of the first all-female team (same time as Alexandra South and her team) in 2013 and decided that she wanted to get more of the same action.

Looking for an even bigger challenge, Katie went one step further this time and has spent the entire Australian summer in the highly-competitive Sydney fleet as skipper of Panasonic Lumix, the skiff she will skipper with Chad Freitas and Matt Doyle in her team at the JJs.

The UK challenge will come from Jarrod Simpson, who has been a regular challenger over several years, and who is always competitive.

While Jarrod is a long-time competitor, the German challenge rests in the hands of Heinrich Bayern, who is back in 2019 after getting the taste for the challenge in last year’s championship.

The regatta will also see the return to the JJs of a young crew from Brisbane, led by Dave Hayter, who won the 2016 Australian International 14 Championship. Hayter won the championship on Sydney Harbour, so the conditions won’t be unfamiliar to the skipper, who won five of the eight races in the I14 championship.

One of the strongest fleets for many years, and representing five nations, will contest the 2019 JJ Giltinan Championship, which begins on Sydney Harbour on Saturday (March 2).

The club will have a spectator ferry following each of the seven days' racing, leaving Double Bay Public Wharf at 2pm.