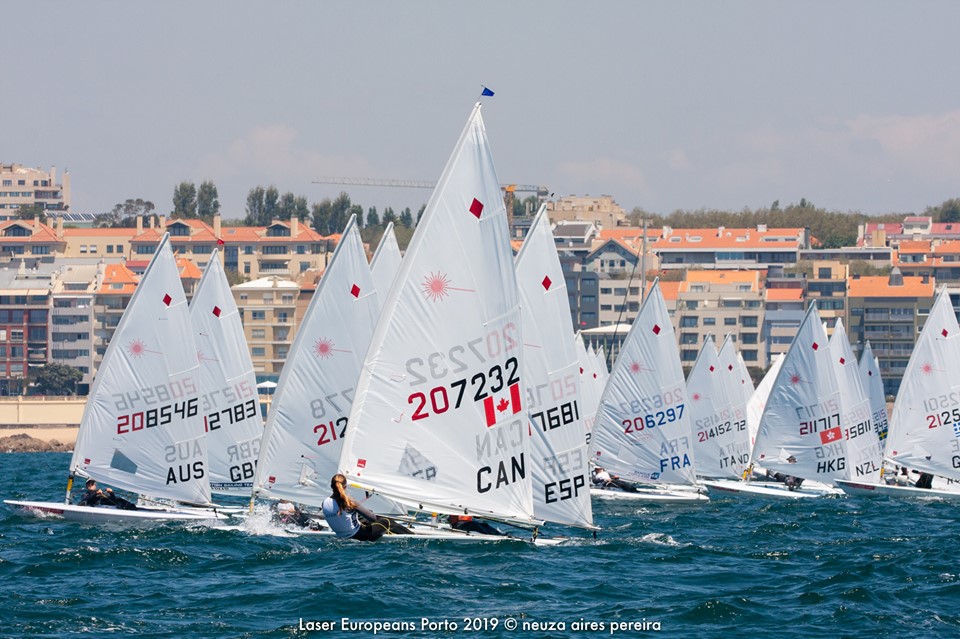 It’s Day 4 at the 2019 Laser European Championship in Portugal and Australia is firing with Mara Stransky moving up to eighth place in the Laser Radial and Tom Burton streaking away in the Laser.

Stransky finished sixth overall in a smaller but quality fleet at the World Cup in Genoa in late April after making her Medal Race debut. This success followed what the Queensland athlete admits was a lacklustre 2018 season when she got complacent. Now she is in the top ten with the Rio gold and silver medallists and other champions.

“Sailing in such a big fleet can be really punishing, so small mistakes end up as big scores. It’s a huge learning curve for all of us, especially the non-Europeans who aren’t as often exposed to such fleet sizes,” Stransky noted.

Nevertheless, she is happy with her event so far. “I’ve definitely made quite a few mistakes, but I think most have, and I’m really looking forward to ironing out a few more each day.”

Leader, Anne-Marie Random (Rio silver medallist) has got away from her counterparts on 13 points. However, Rio gold medallist Marti Bouwmeester and others are within Stransky’s reach. Fellow Australians, Elyse Ainsworth and Zoe Thomson, are 29th and 34th overall. Thomson made a huge leap up the scoreboard following a bullet and a second place.

Australia’s Matt Wearn has been a big mover too, up from ninth to third after fifth and seventh places, picking up at just the right time. Luke Elliott has preserved his sixth place, despite a Black-Flag in Race 7 and 12th in Race 8. Mitch Kennedy is up five places in 11th, in spite of an up and down day, and Finn Alexander is 23rd.

The Laser Europeans conclude in Porto, Portugal, on Saturday local time. Athletes from around the world with Olympic aspirations are taking part.