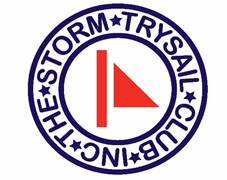 LARCHMONT, NY – Quantum Key West Race Week will continue thanks to the organizational expertise of a new ownership group and the ongoing support of its title sponsor, Quantum Sail Design Group.

The Storm Trysail Club is pleased to announce that it has come to an agreement with Premiere Racing to take over ownership and management of the prestigious regatta.

“Key West Race Week is a terrific bookend to the club’s long-standing Block Island Race Week,” Storm Trysail Club commodore Lee Reichart said. “We believe we will be able to utilize our experience at Block Island to ensure that Key West remains the most prominent winter big-boat event in North America.

Quantum Key West Race Week 2016 will be held Jan. 18-22, 2016 with many of the same elements that made the regatta so popular remaining in place. Foremost is the sponsorship of Quantum, the second-largest sail-making company in the world.

Quantum Sail Design Group came aboard as title sponsor of Key West Race Week in 2012 at a time when its future was uncertain. Quantum and its backers provided the financial support that enabled Premiere Racing to continue organizing the regatta.

“We recognize Key West Race Week is the flagship regatta in this country and has been for well over two decades,” Quantum president Ed Reynolds said. “This midwinter, big boat regatta is very important to North American and international sailboat racing.”

Reynolds says the worldwide company is happy to see the event continue with such an accomplished regatta management group. “We recognize the complexity of managing Key West Race Week. There are probably very few organizations that could do it. Storm Trysail is uniquely qualified and we’re confident and excited about the future of the event under its direction.”

Reynolds thanked Peter Craig and his team at Premiere Racing for 21 years of dedication to ensuring Key West Race Week remained a highlight of the racing calendar, both within the United States and abroad. Reynolds also acknowledged an appreciation for Premiere Racing’s commitment to ensuring a smooth transition.

“Through Peter’s leadership, Key West Race Week has become an internationally-renowned regatta. It would be a huge loss to the competitors and the industry if the regatta were to go away,” Reynolds said. “We’re pleased to continue as title sponsor and look forward to working with the Storm Trysail Club and our industry peers to build on the success of this great event.”

Yachting Magazine founded Key West Race Week in 1987 and seven years later brought Craig aboard as race chairman. At the time, it was a single division regatta with 112 boats. Craig took over as event director in the late 1990s and under his leadership Key West Race Week evolved into an international keelboat event.

Craig, longtime assistant Jeanne Kleene and an army of volunteers has always worked hard to ensure that Key West Race Week is top-notch both on and off the water. Those two principals of Premiere Racing are very happy to hand off the event to capable new stewards.

“The Storm Trysail Club is uniquely qualified to manage an event of this magnitude, given their extensive experience with Block Island Race Week, Lauderdale-to-Key West Race and the considerable number of their members who have been actively involved with Key West Race Week over the past 21 years,” Craig said.

Craig applauded Quantum Sail Design Group for staying on as title sponsor. “Quantum and its backers hold true stature in the industry. It is hardly surprising to see that they will continue to play a crucial role in the continuation of this event,” he said. “Quantum, like Storm Trysail Club, has expressed a strong belief that Key West Race Week is important to performance sailing in North America. I would expect other industry leaders to step up and play an active, contributing role as Storm Trysail takes this great regatta forward.”

Storm Trysail Club members are in the process of contacting all past sponsors and will be working to bring new partners into the mix. Jeff Johnstone has pledged the support of J/Boats, a worldwide leader in high-performance sailboats.

“Key West Race Week has been a favorite for J/Boat sailors since its inception 20-plus years ago,” Johnstone said. “We’re very excited to see the Storm Trysail Club take the helm and we encourage all of our sailing industry peers to join us in supporting this great event that means so much to the sailing community. We’re looking forward to being back in sunny, breezy Key West next January.”

Storm Trysail Club announced that longtime member John Fisher will serve as event chairman for Key West Race Week. Fisher has been involved with Block Island Race Week since 1999, serving as chairman for three editions of the biennial regatta. Reichart said Fisher, a past commodore of Storm Trysail Club, was selected for the role because of his proven strength with logistics.

“Key West Race Week has long been the best winter venue the U.S. has to offer, given the consistency of conditions and obviously the incredible weather,” Fisher said. “Veteran competitors at Key West have come to expect top-notch race management and that will not change! Storm Trysail Club is a proven commodity when it comes to on-water organization.”

Dick Neville, another Storm Trysail Club veteran, has been appointed race committee chairman. Neville has been working Key West Race Week for nearly two decades as right-hand man to Division 2 principal race officer Dave Brennan. Neville is expecting to conduct starts in most of the classes that have traditionally competed at Key West.

Fisher said Nick Langone will serve as shore-side committee chairman while John Storck Jr. will oversee mobile marina logistics. The Storm Trysail Club hopes to retain the services of numerous dedicated volunteers that worked for Premiere Racing for many years.

“It is important to point out that many Storm Trysail Club race committee members have been involved with Key West Race Week over the years. So we are not novices when it comes to this particular regatta and its unique elements,” Fisher said. “Because of the accumulated knowledge available to us, I expect the transition from Premiere Racing to Storm Trysail Club to be very smooth.”

Storm Trysail Club is one of the world’s most respected sailing organizations. Established in 1938, its membership includes skilled blue water and ocean racing sailors who have flown a storm trysail or severely reduced canvas during an ocean voyage. The club is headquartered in Larchmont, N.Y., and has regional stations throughout the U.S. It hosts Block Island Race Week in odd-numbered years, the annual Block Island Race, Lauderdale-to-Key West Race and the biennial Miami-to-Montego Bay Race among many other events. The Club’s affiliated 501(c)(3) organization, The Storm Trysail Foundation, holds annual junior safety-at-sea seminars and the Intercollegiate Offshore Regatta for college sailors using big boats. For more information, visit www.stormtrysail.org.