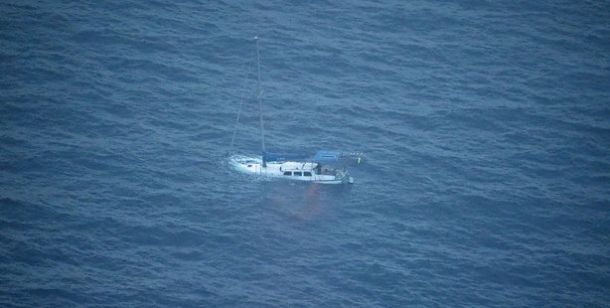 Happily, very few boat owners have experienced ‘that sinking feeling’ while an unfortunate minority know it only too well, their vessels suddenly leaking for no apparent reason. But there is always a reason if a maintenance regime is below par and threatening situations go unnoticed.

For example, an unexpected cause of water ingression can come from a vacuum toilet that may have behaved itself impeccably for years before suddenly leaking. The scenario might be this: the toilet lid is closed but the thru-hull inlet valve remains open and its gooseneck’s syphon-breaker is inactive. Water slowly and silently fills the bowl then lifts the lid just enough to allow water to keep flowing without admitting air. This is a rare occurrence but it has been known to sink a few unoccupied boats. This problem is easily solved by closing all toilet-related valves when no one is aboard. A new syphon-breaker is also indicated but never – repeat never – presume it will always be reliable.

Regardless of how marine toilets function, syphon-breakers fitted into the top of goosenecks can seize with age, saltation and sediment and should not be trusted. It pays to fit an on-off valve near the gooseneck that can be easily closed.

A syphoning bilge pump can also sink a vessel if the outlet pipe’s gooseneck is too low. Getting the gooseneck high enough to beat this problem is difficult in some yachts, an easily accessed valve again being vital. And even if a bilge pump’s gooseneck never gives trouble, when sailing to windward with the outlet constantly underwater and the bilge pump running, the full outlet pipe is effectively primed to syphon back into the bilge when the pump is switched off.

Modern propellor-shaft seals have been known to malfunction and sink their hosts. Depending on exact type, a deluge leak can occur around a seal’s bellow if the shaft becomes misaligned. In North Queensland a few years ago two yachts sank within months of each other from this problem. The prime cause of seal failure is shaft misalignment, especially if there is no shaft-bearing between the stern bearing and the engine. This worrying arrangement is most common in small vessels whose propellor shafts are short in association with soft-mounted engines.

Cold-country vessel’s remaining afloat during winter have been known to sink from ice in the shaft seal expanding the bellow enough to allow water to feely run into the bilge. Regardless of where, when or why a shaft seal leaks it pays to prepare against failure before abandoning a vessel for too long. All shaft seals work on similar principles but exact details differ, obliging owners to seek the best solution relative to make and model.

There being no more secure and time-tested system than a shaft stuffing box, many sailors have gone back to this tried and tested way of preventing accidental inundation. Having used a modern shaft seal for eight years without once getting my bilge wet, I’m the last person to denounce them, but for peace of mind I have long since reverted to a stuffing box.

Timber vessels have the threat of ship worm, the worst culprit being Teredo that can sink a stout wooden vessel in a matter of months. This bivalve mollusc bores into the hull as a tiny infant then grows in size as it eats its way along the grain. Typically, Teredo worms can grow to well over a metre long and 20mm thick leaving behind a thin timber shell that soon admits water at varying rates. Historically, a wooden sailing ship was illegally overloaded to half a metre deeper than her waterline then remained at anchor for months during a dispute. With no anti-fouling paint protecting her topsides, Teredo worms sunk her while she waited.

Fibreglass has eliminated the worry of worm invasion but has replaced it to a lesser degree with the fear of osmosis, a form of de-lamination that has sunk a few vessels by loosening the fin keel attachment. A more common cause of leaking in homogenous hulls is the paucity of the fin keel bolts. Fastening-failure typically comes from electrolysis and/or excessive tension on too few bolts. On one vessel that had hit a rock and seriously crazed her hull fore and aft of the fin keel water poured into the bilge through the fractured fibreglass.

The aftermath of accidents are sometimes optimistically ignored in favour of getting the boat back on her mooring and out of sight until later. I have been guilty of this syndrome after my vessel struck an underwater obstruction so gently that I didn’t respond immediately. By midnight the bilge was half full of water obliging me to dive under with a torch and examine the damage, which was crazing caused by hitting a steel object that broke off, thereby producing very little sensation of serious collision. As a matter of interest, that night I found that polyester putty worked much better underwater than epoxy, the latter refusing to stay in place while the former cured quickly and held fast.

Steel hulls are not immune to premature deterioration, especially if built of poorly alloyed imported steel. Deep pitting that pinholes through the hull can occur as the vessel ages. I have personally seen four yachts stricken with this problem, one being none other than the Hiscocks’ famous Wanderer IV. Her new owner tapped urgently on my hull one night in a Caribbean anchorage to solicit help from me and other yachties to help keep her pumped out until he could slip the next morning. On the slip we found dozens of scattered mini-scoops out of her underbody, most of which had pin-holed right through her hull.

If your steely is stricken in this way, re-plating cannot be avoided in the long term but an interim measure is to wire brush the effected areas then bog the galvanic ‘scoops’ with epoxy putty. When cured the surface is sanded fair and repainted with the usual coatings. Being only a temporary measure never lose sight of the probability of electrolysis boring through your hull again (one owner sold his boat immediately after temporary treatment).

Returning to the subject of hoses used in various aspects of a vessel’s plumbing, it needs recognising that they can age without being obvious, unnoticed deterioration capable of catching you completely by surprise. This my wife and I discovered while delivering a motor boat from Rome to London. A twin-engined vessel, during our third night out one of her engines’ water cooling pipes shattered and flooded the bilge so rapidly that we could have foundered had I not been in the habit of constant checking. Her absentee owner was a retired engineer whose maintenance regime seemed to be impeccable yet her engines’ hoses had not been replaced for decades. Reaching port on the remaining engine and watching its hoses like hawks, we berthed in France and found that none of the remaining hoses could withstand gentle squeezing without shattering.

Quite obviously there is no such thing as a material or method of construction promising a leak-proof future. The real answer is dedicated maintenance and periodic testing of all systems regardless of how healthy they might appear. Importantly, be ready to respond to any unexpected deluge by making sure that all thru-hull valves are working smoothly. Also, have a range of wooden plugs handy close to every thru-hull skin-fitting for instant response to trouble.