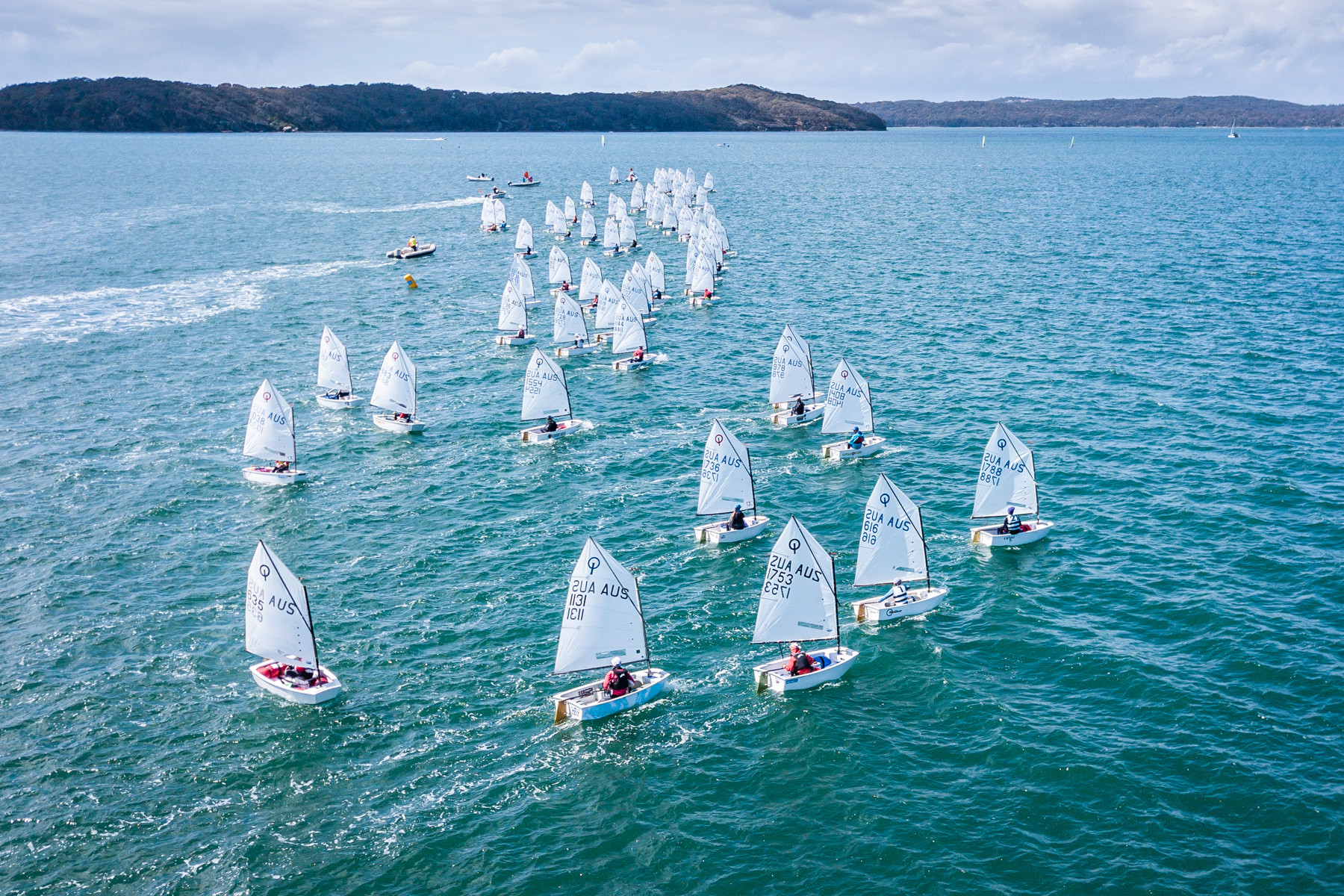 Steady conditions opened the doors for some spectacular racing across all classes on day two of the NSW Youth Championships presented by Lake Macquarie City Council.

With only a few minor course changes, race officials squeezed in four races across all courses to make up for the races lost from day one due to strong winds.

The weather presented a ‘loveable’ race course for Optimist Intermediate sailor, Jorja Mahoney, who had travelled to Lake Macquarie all the way from Royal Geelong Yacht Club to compete against an open fleet of young optimist sailors.

After racing, she said: “I like it, it was my type of racing and I got in some good ones today.”

Laser Radial sailor, Max Gluskie, who travelled to Lake Macquarie from Hobart, was happy to have a full day of racing.

“It was hard to be constant today, but everyone was up and down. That’s the name of the game, it was windier later in the day, which was good, since I like that kind of stuff,” he said.

As he said, Max performed well in the stronger conditions, picking up a first on day one and claiming mixed results on day two. According to Max, coming up to Lake Macquarie for the event was a great way to prepare for the National Youth Championships to be held on his home waters.

In the Laser Radials, local sailor Paige Caldecoat enjoyed sailing on home waters after returning from overseas training with Olympic sailors for the past six months.

I’ve been away for the past six months, so I haven’t sailed at home for a while. It’s nice to be back and have some good competition,” she said.

The day’s conditions also presented a great challenge for new 29er sailors, Fletcher Walters and Jack Hildebrand from the Royal Prince Alfred Yacht Club. Fletcher, a seasoned Optimist sailor, and Jack, from the Laser 4.7 class, are totally new to the 29er, having made the change three weeks ago.

“We’re new to the whole 29er scene, but racing today turned out to be a whole lot better,” Jack said.

Getting a feel for skiff racing has been a steep learning curve for the pair, but after today’s racing, they are happy to have focused more on racing and technique rather than just trying to keep the boat upright.

“It was a whole lot better. We could control the boat much better – we didn’t have to just focus on survival – we could focus on speed and getting across the line,” Fletcher said.

Day three is looking much lighter, with a building sea breeze in the afternoon. Be sure to check out the action on socials and the Australian Sailing Youth website.

For full results, go to: http://sailingresults.net/site/event/80226/default.html