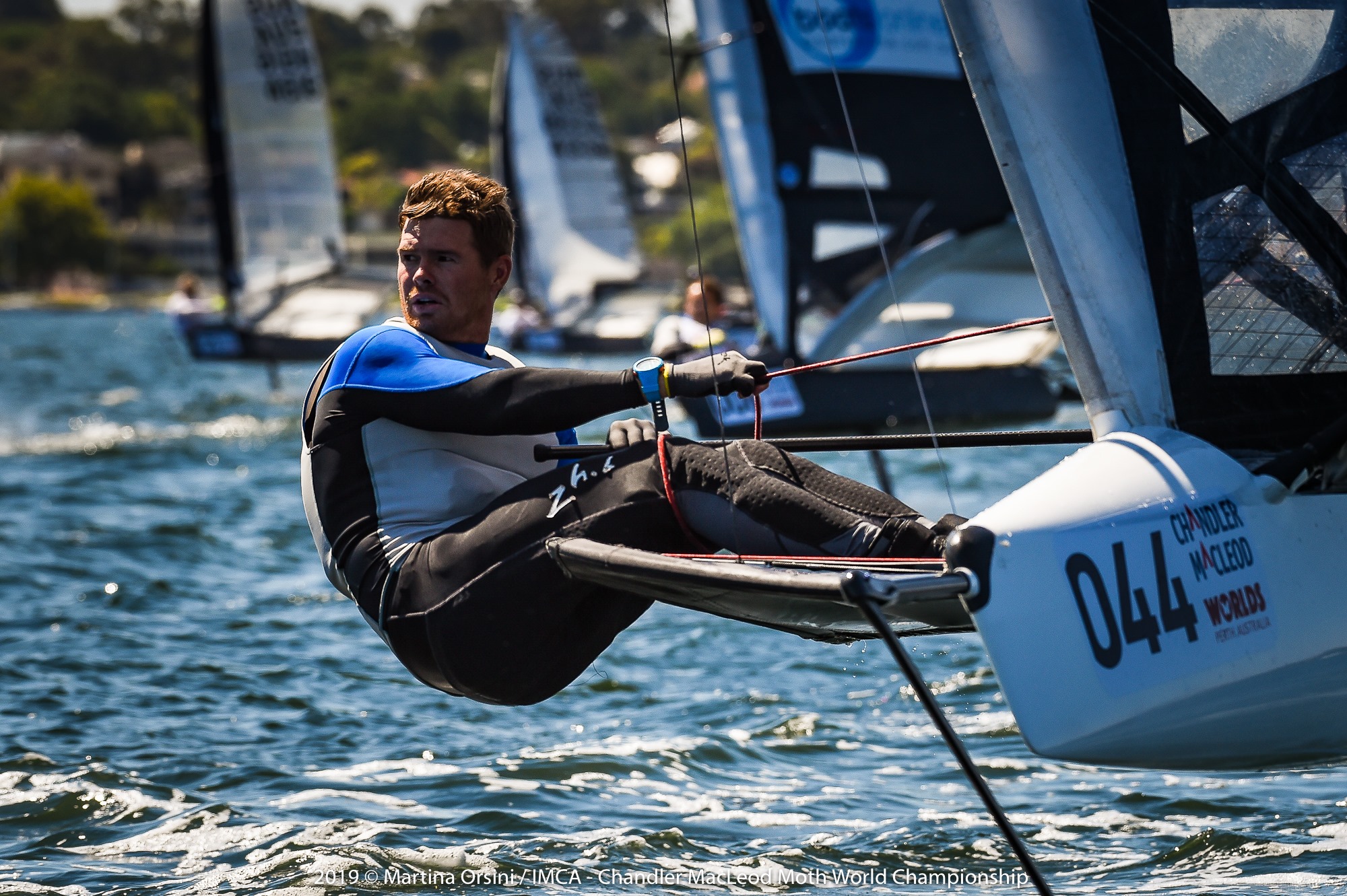 Scorching conditions in Perth marked the first day of the 2019 Chandler Macleod Moth Worlds, with the mercury topping 40 degrees and a lot of waiting around for the sea breeze to finally come in, but when it arrived, the top players were ready.

The key was to not put your boat under any tension and leave it in the sun. Gear breakages were occurring before people even left for the water, the carbon parts unable to withstand the heat. Most hosted their boats down to avoid the problem.

On the race track, the action was just as hot with both fleets racing simultaneously on different courses.

In the Yellow fleet it was Matt Chew from Brisbane, Australia, who jumped out of the blocks for the first heat win of the event. However, the real story was Olympian/America’s Cup tactician/SailGP winning skipper, Tom Slingsby. After being buried off the first two starts, Slingsby showed electrifying pace to claw his way back to second place and win the final two heats of the day.

Meanwhile, on the Blue course, Kyle Langford was putting on his own masterclass with two wins to kick things off. He followed up with followed with a second place, after being buried at the start line, then working his way through the fleet in a building breeze.

Langford was on the chase behind Olympic Laser gold medallist, Tom Burton, and class stalwart Les Thorpe, who enjoyed some of his best results at a major championship in a long time.

Burton was able to hold out a fast finishing Langford in the final race of the day, with Scott Babbage coming through in third and Thorpe fourth.

Australia dominated on the first day, with the exception of American, Brad Funk and Graeme Sutherland from New Zealand. They were the only internationals in the top ten.