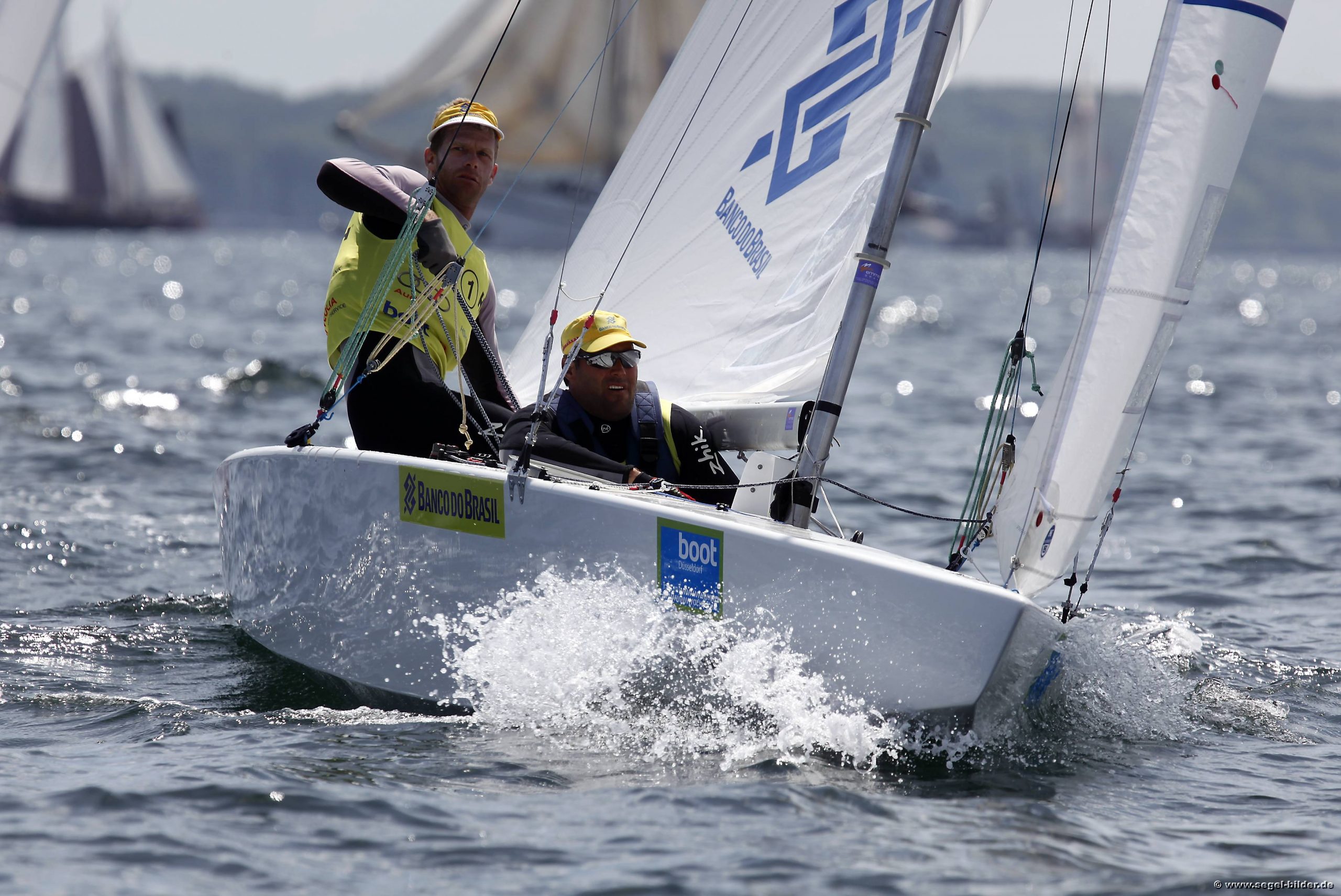 The German fleet has good memories of the World Championship in the German waters. In 1939, Walter von Hütschler and his crew Edgar Bern won the title, and Peter Hansohm/Christian Blankenburg won bronze. In 1966, Germany went without a win in Kiel, but in 1977, Uwe von Below/Franz Wehofsich (NRV) won bronze. Incidentally, the gold medal that year went to America’s Cup legend Dennis Conner (USA) with his crew Ron Anderson. In 1993, Alexander Hagen/Kai Falkenthal (NRV) also took third place. And this year, the German fleet is again looking to its home advantage in the class that has produced top sailors like no other.

These are the truly great names of sailing that are associated with the Star boat, which was an Olympic class until 2012. Some exceptional sailors whose names are firmly associated with the two-man keelboat are four-time America’s Cup winner Russell Coutts, who also competed at Kiel Week with Beat Stegmeier (SUI), former Star World Champion and America’s Cup winner Dennis Conner, and eight-time Olympian in five boat classes, four-time gold medalist (1948 to 1960 in a row) and 13-time World Champion in eight boat classes (twice in the Star) Paul Elvstrøm (DEN), two-time Olympic and World Star Champion Mark Reynolds (USA), who also won Kiel Week three times (1986, 2000 and 2002) in the Star boat, five-time Olympic medalist (including two golds in the Star) and multiple Kiel Week winner Torben Grael of Brazil, and Britain’s Iain Percy, who also won gold in the Star after winning gold in the Finn and secured the Star World Championship title twice.

Brazil’s Robert Scheidt, who won five Olympic medals (silver and bronze in the Star) and twelve World Championship titles (including two in the Star), and Frederik Lööf (SWE/Gold in the Star 2012, now OK Dinghy) are still regulars at Kiel Week, most recently in 2019.

The list of international sailing giants, some of them competing in the America’s Cup or Ocean Race today, is convincing. But the star boat also has a great tradition in Germany. Six world championship titles, six runner-up finishes and five third-place finishes have been recorded in the German Star World Championship history since 1922. As expected, the USA has an unassailable lead in the national rankings with 58 gold, 52 silver and 60 bronze medals. The most successful German Star World Championship helmsman is Alexander Hagen with a total of six World Championship medals (2x gold, 2x silver and 2x bronze) – and that with five different crew members. However, the Olympic podium remained denied to the man from Hamburg.

German Starboat crews have also been able to win at least one medal set at Olympic Games. Most recently it was Achim Griese/Michael Marcour with silver in 1984, before that Willi Kuhweide/Karsten Meyer with bronze in 1972 and Dr. Peter Bischoff/Hans-Joachim Weise with gold in 1936.

Crews such as Marc Pickel/Thomas Auracher, Frank Butzmann/Kai Falkenthal and Johannes Polgar (previously a successful Tornado sailor) with Markus Koy also left their mark on the Star and represented the German flag.

The Star, designed in 1910 as an open two-man keelboat by William Gardner and Francis Sweisguth, experienced a rapid rise from the start: an international association of interests was founded in 1911 and a world championship was held almost annually from 1922. As early as 1932, the Star was selected as an Olympic boat class, making it the first onedesign class to compete at the Olympic Games.

From 1968 onwards, the success story of the two-man keelboat was rather undulating. In 1968, the Tempest replaced the Star, but thanks to its great popularity and recognized lobby, the Star regained its Olympic status after the 1976 Olympic Games. According to reports, Dierk Thomsen from Kiel also played a major role in this. But for 2016, the second and final Olympic out followed.

Today, the Star is experiencing its second renaissance. In many nations, competitive sailors are rediscovering the two-man keelboat for themselves. Always popular in the south of Germany, Flensburg has now become one of several youth bases in Central Europe. Four Star boats are available for youth teams on the Baltic Sea. And training weekends were already held in 2020 under the direction of Robert Stanjek. Perhaps the first successes will already be seen at this year’s Junior World Championships in Kiel.
Well-known names are also likely to appear on the entry list for the World Championships in Kiel. Mateusz Kusznierewicz from Poland and Bruno Prada from Brazil just won gold at the Barcadi Cup. Both also have Kiel Week titles to their books. Kusznierewicz in 2005, Prada together with Robert Scheidt in 2010. They are still racing in the Star class after decades.

Third at the Barcadi Cup was Markus Koy as crew for Augie Diaz (USA). The Hamburg native won the 2012 Kiel Week in the Star and is now looking forward to another run in Kiel. Even though some participants would probably have preferred an independent World Cup, the organizational advantages with relative planning reliability in difficult times of events also prevail for Markus Koy. “The main thing is that the World Cup can take place,” hopes the 46-year-old, “even if I then probably have to miss my beloved part-time job because I want to sail the World Cup.” Therefore, he trained immediately after returning from Miami and quarantine with Jørgen Schönherr in Denmark. Koy is otherwise engaged as an expert co-host on Kieler Woche TV.

Obviously, no one has to worry about the future of the boat class even after 111 years – not least because of this news: As of September 2019, a total of 8556 Starboats have been built.